While there still might be people out there debating on whether Green Day is a true punk band or nott, one thing emerges from their live concert: the question... 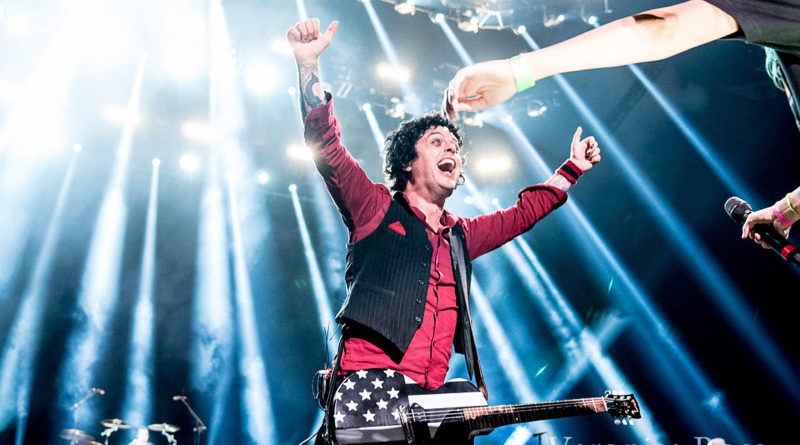 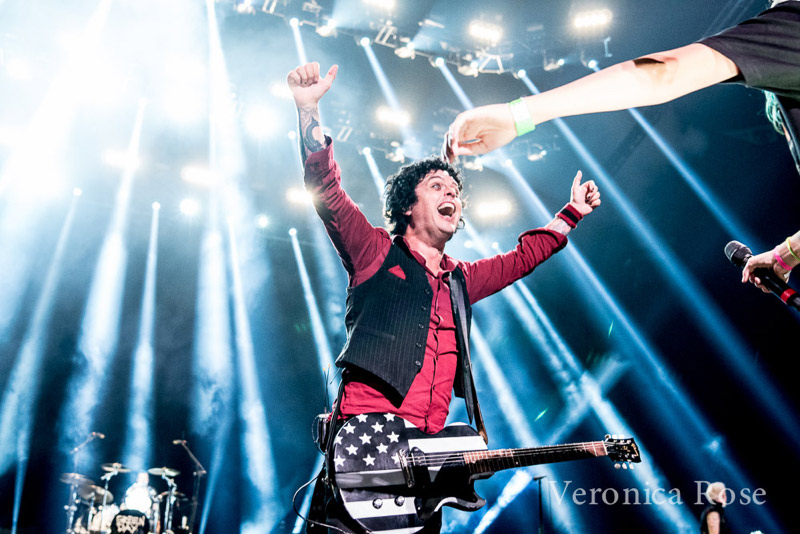 While there still might be people out there debating on whether Green Day is a true punk band or not, whether they carry on the legacy of Sex Pistols, Clash, Ramones or not, one thing emerges from their live concert: the question does not make sense.

It does not, because Green Day are simply themselves, and they do that in the most energetic, passionate, awesome way. When you are on this scene for 30 years and you still fill up places like the Moda Center, you got to be someone, you got to be something. And this something laughs at categorizations and classifications.

Green Day at Moda Center in Portland on Wednesday, August 2nd, put together a top quality show, in which music and people were the focus. This might sound trivial, but how many times do we see the aesthetic of a live concert overshadowing music? How many times do we see musicians spending time liking themselves in self-referential egotism rather than sharing emotions with the audience? 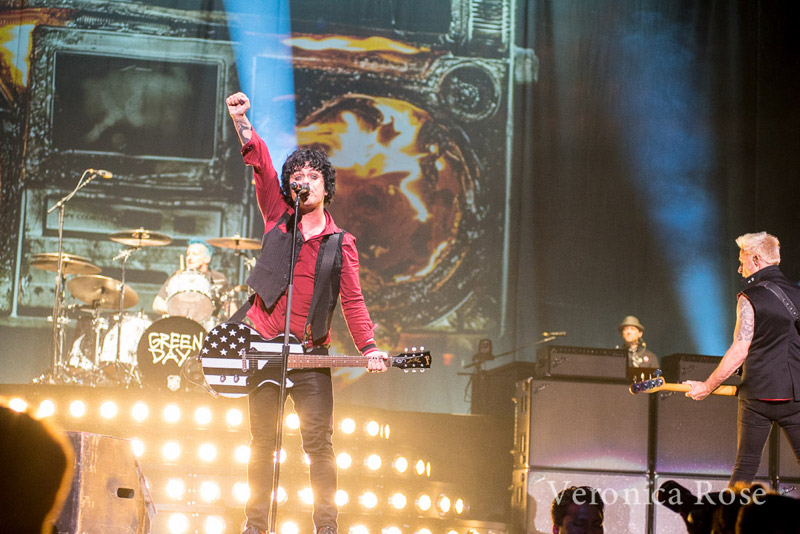 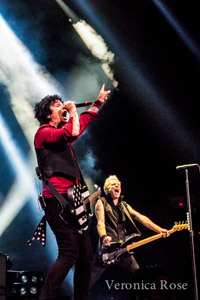 From their classics, to newer hits, to random covers, this concert was an emotional and intense mix of old and new. Billie Armstrong, Mike Dirnt and Tré Cool are not only seasoned musicians, but they also have a level of charisma on stage that is above average. They take you in. It’s not them playing for you, it’s you singing and dancing WITH them. It’s a collective experience: they make you feel a part of it. Armstrong in particular is a professional entertainer; he does not stop for a second, jumping around from one side of the stage to the other and continuously encouraging the audience. If they are giving a show in your town, you should go watching them, even if you are not a fan. 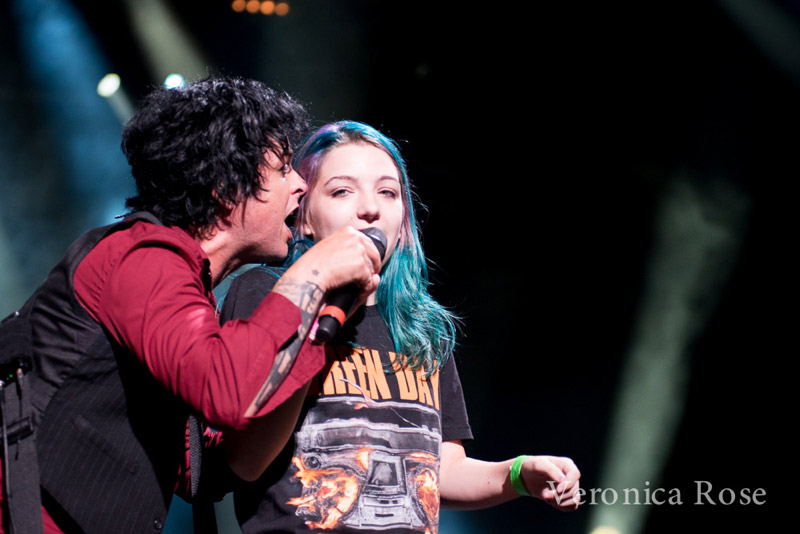 Three highlights. The first is when, among the three random people that were called on stage throughout the show, Armstrong summoned an eleven-year-old girl, he let her play with them, and at the end he let her keep the guitar. This revealed the great humanity of this band, who takes the risk of having someone on stage who might actually screw it up, you never know.

The second, very few cell phones active to record videos or take picture. How often do we see that? People were actually here to enjoy the show, to live and experience the moment. 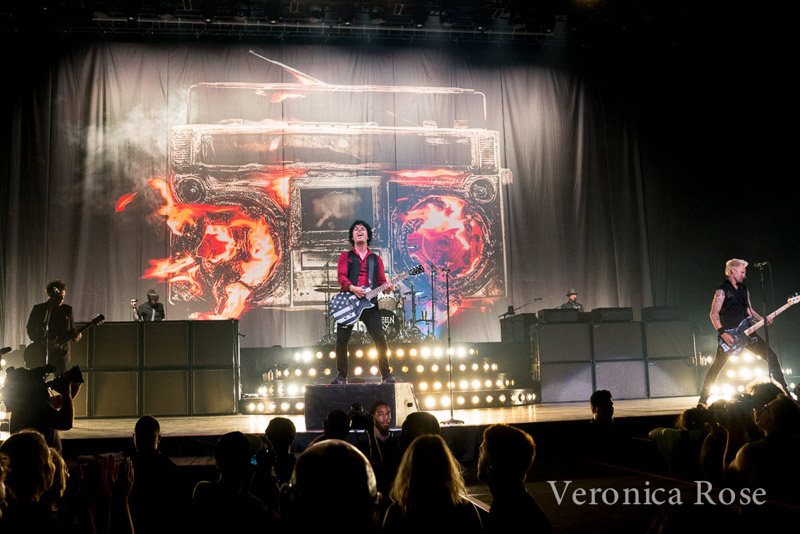 The third, a favorite, is when, while lying on his back on the stage, the band meshed up “Shout” with “Hey Jude” and other random classics, the audience going literally crazy, Armstrong interrupts singing for a second to say. “This is what I’m talking about, this is love, this is passion, and I won’t let any politician get between us. Now, I may be wrong, but I still believe that rock ‘n’ roll can change this fucking world!”

And this is what it is, passion, compassion, humanity, “no racism, no sexism, no homophobia,” as reported by the event t-shirts.

This is life. It’s something unpredictable, but in the end, it’s right. 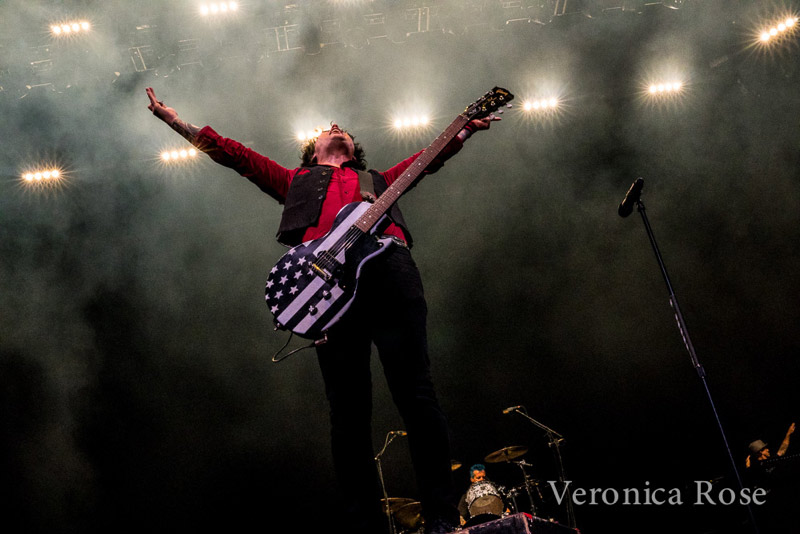