Honoring the Old and the New with Greensky Bluegrass﻿... 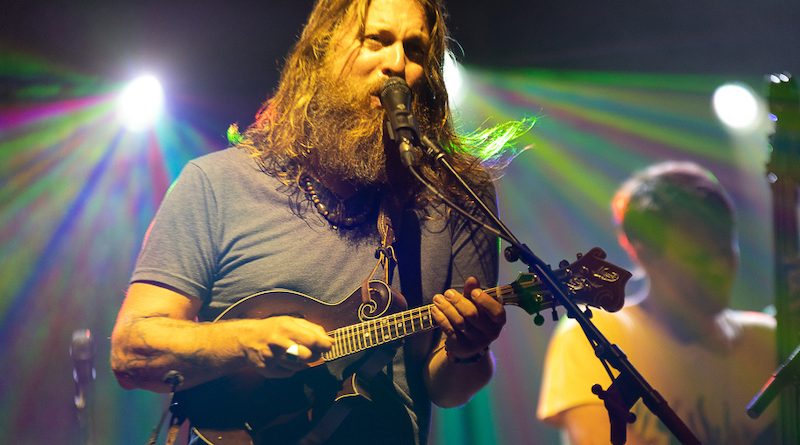 Click here for photos of Greensky Bluegrass at The Tabernacle in Atlanta, GA on February 28th, 2022 in the QRO Concert Photo Gallery

Click here for photos of Greensky Bluegrass at 2017 LOCKN’ Festival in Arrington, VA in the QRO Concert Photo Gallery

Click here for photos of Greensky Bluegrass at 9:30 Club in Washington, D.C. on February 4th, 2017 in the QRO Concert Photo Gallery

Click here for photos of Greensky Bluegrass at 9:30 Club in Washington, D.C. on February 3rd, 2017 in the QRO Concert Photo Gallery

Click here for photos of Greensky Bluegrass at 9:30 Club in Washington, D.C. on February 2nd, 2017 in the QRO Concert Photo Gallery

Click here for photos of Greensky Bluegrass at Fox Theater in Oakland, CA on Halloween ’15 in the QRO Concert Photo Gallery

Honoring the Old and the New with Greensky Bluegrass

At Red Hat Amphitheater in Raleigh, NC on Saturday, August 20th, we were treated to the fabulous Greensky Bluegrass while they were touring with The Wood Brothers on their #woodsky tour. The evening was a celebration of both the tried & true and the brand spankin’ new. In addition to reinterpreting rock and blues superstars of years past, Saturday’s songwriting credits and covers also showcased modern mavericks (like Cris Jacobs, Ryan Adams, Chris Gelbuda, and Benny “Burle” Galloway) and songs from this year’s new album, Stress Dreams.

After an amazing first set by the always groovy Wood Brothers, GSBG kicked off the second set with appreciation for the shimmer wall facing Red Hat and then the song, “Past My Prime”, of which Greensky author Paul Hoffman has said, “Was one of the most fun tunes to record because there was this energy we had, it being new and totally unlearned to everybody – even me, because I was rearranging it.” That energy opened their set with a bang and the band never looked back. They next “dug” into “Bone Digger” by the super talented singer-songwriter, Cris Jacobs. In the next number, the songwriting in Hoffman’s “Tuesday Letter” revisited the idea of the new versus the old and looking at the past in the line, “I forget all that I keep to save from losing / And I remember all I loved but lost.” We then touched on this idea again in “Fixin’ to Ruin”, as they so eloquently sang a line I can really relate to as I’ve rounded the bend of my mid-40’s, “Well I’ve learned to speak at the risk of being all wrong / But this is the line that I forget, Shit.” Right around the time that a passing train had me hollering, “Play a train song!” (shoutout to Townes van Zandt), Greensky rolled into “Train Junkies”, co-written by their own Anders Beck and bluegrass and songwriting big gun, Benny Galloway. Only a road-hardened touring musician could come up with the wizened perspective of the ageless lines, “I won’t be around forever / But I’m still a firm believer / I got to go and roll on down the track / A million miles behind me / A million more remind me / My better days / One more I’ll understand / If I got to go / I’m going down the track.”

Of course, you’ve got to know your audience and play to their tastes, so the band rolled out Ryan Adams’ “Oh My Sweet Carolina”. This is a song of Adams’ longing to come back to his home in Jacksonville, just 200 miles down the road on your way to Emerald Isle. Another modern songwriter that’s earned GSBG’s respect is Chris Gelbuda, who cowrote the next song, “Monument” with Anders Beck. We again considered the old and aging in “You can build a castle / But it crumbles to a cave / Funny how a monument / Looks just like a grave.” This was the first song of the night to come off 2022’s album, Stress Dreams. We then rolled into a trio of Hoffman songs with “Do It Alone”, “Living Over”, and “Demons”. As the first notes of the Grateful Dead’s “China Cat Sunflower” came wafting out after “Worried About the Weather”, there was no doubt who inspired this crowd and this band. The love poured into the performance of this song and the warm reception it received was truly as cosmic as the song origins. Robert Hunter has said, “I think the germ of ‘China Cat Sunflower’ came in Mexico… I followed this cat out to – I believe it was Neptune – and there were rainbows across Neptune, and cats marching across the rainbow. This cat took me in all these cat places; there’s some essence of that in the song.” Because who doesn’t follow rainbow-marching Mexican cats, amiright? Greensky ended their set with a recent song I truly enjoy, “New and Improved”, written by Mike Devol. “How can I help you see, my newfound maturity, isn’t the same old bullshit, how could it be?” This line from Stress Dreams should be printed on a shirt for me (and a few other people I know…).

After a quick set break, Greensky was joined on stage by the Wood Brothers, “It’s all eight of us! We are WoodSky!”. They launched hard into a four-song encore that celebrated the music of the swingin’ sixties. First up was “Get Out of My Life Woman” from Allen Toussaint in 1965. Then came “One Way Out”, first written and performed by Sonny Boy Williamson in 1962 and later re-popularized by the Allman Brothers in 1971. Next was “Keep on Growing” from Derrick and the Dominos in 1970. Finally, the evening ended with a soulful rendition of Bob Dylan’s “I Shall Be Released” from 1968. One can only imagine the walk down radio memory lane that inspired this setlist.

Though I walked out of the venue feeling every one of my 40-something years, the energy brought by this show had me feeling like a kid again during the music. Or, at least, feeling like someone who still gets carded when buying a drink. It’s amazing to see that after decades in the business, Greensky Bluegrass is still churning out original albums, lyrics, collaborations, covers, and concerts. Kudos to all five members on a night, and a career, that any performer would be proud of. Old and young.