Greta Van Fleet took the stage with The Pretty Reckless and Hannah Wicklund on their ‘Dreams In Gold ‘Tour, at Canada Life Centre in Winnipeg, Manitoba.... 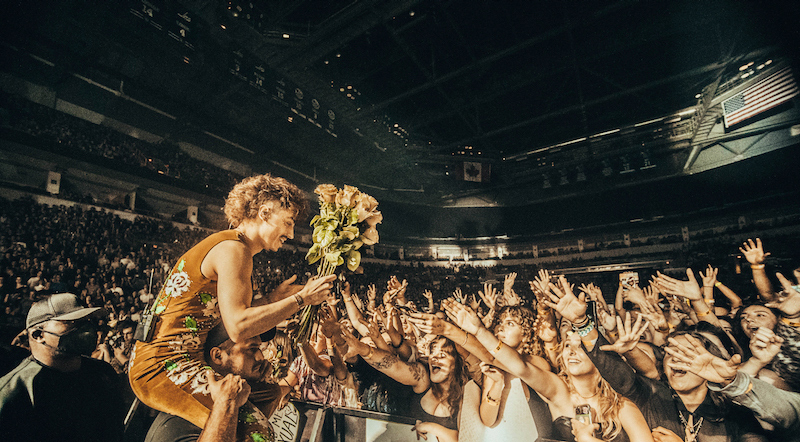 Greta Van Fleet took the stage on Monday night, August 22nd, with The Pretty Reckless and Hannah Wicklund on their ‘Dreams In Gold ‘Tour, at Canada Life Centre in Winnipeg, Manitoba. This was the first stop in Western Canada of their tour, and it was a packed, sold-out show.

Hannah Wicklund first time being in Winnipeg was a marvelous set. She & her group is from South Carolina, and you can tell from her voice with that accent. It was a three-piece set and played seven songs on this run. Wicklund and her band will be containing for the rest of this run of the tour, totally recommend checking her out if you’re going to the show.

The Pretty Reckless took stage next, with a great presence on the stage right off the bat in the Canada Life Centre. Winnipeg was singing to every single song from the front of the pit to the roof. Even your correspondents was having a blast for The Pretty Reckless. They are definitely due for a headline Canadian tour, that’s for sure. The Pretty Reckless will be continuing the rest of this tour with Greta Van Fleet, but are touring the U.K. and overseas in fall be sure to check them out then if you’re across the pond.

Greta Van Fleet came on at 9:15pm, and of course played hit songs from old to the new songs, the crowd enjoyed every single song. Everyone was dancing, hearing Greta play “Highway Tune”, “Black Smoke Rising”, “Caravel” and more. The crowd was getting into the new music by dancing and cheering, for a great show.