Greta Van Fleet has owned their rock and their angst.... 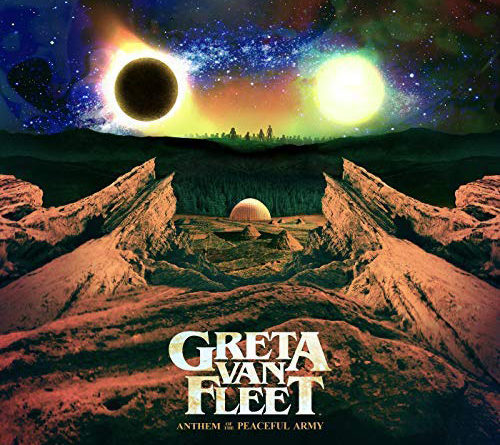 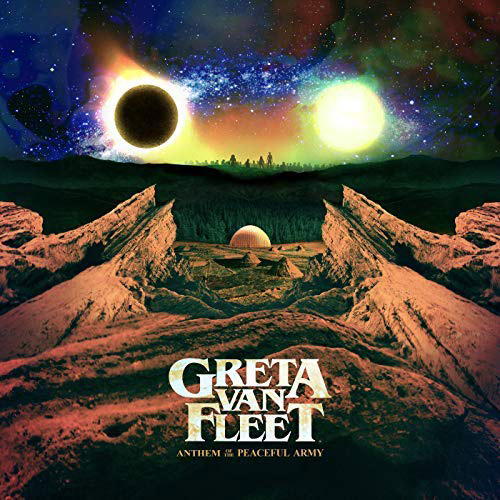 While much has been made of the upward climb for new rock bands this decade, and the grating absence of rebel joy like early Pearl Jam all the way back to The Ramones, this has perhaps never this been more apparent than with the release of the highly anticipated first full LP by Greta Van Fleet, Anthem of the Peaceful Army. The first two well received albums they put out being in the EP format, Black Smoke Rising and From the Fires (QRO review).

Greta Van Fleet has owned their rock and their angst, from the obvious of an American band sounding as alive as Led Zeppelin or Black Sabbath, willing to jam with every instrument and the Josh Kiszka similarity to classic rock voices, and yes Robert Plant (see: “Lover, Leaver, Taker, Believer”), to covers which exude angst (see: “A Change is Gonna Come” by Sam Cooke).

Now all that is hype for Anthem sure, but the first single, “When the Curtain Falls” certainly lived up to it, as they somehow sounded edgier and also more ecstatic in a trippy guitar lick and smooth crooning. The real test is whether they can shape a emotion with their rock, as they are going to stay rock. There has been quite a bit of controversy immediately after the release, and ok, the first song, “Age of Man” is kind of psychedelic and mushy, the guitar is fine, but a little more metal, and the lyrics are odd, if pointed, but it is still emotional classic rock.

Queue next track, and “The Cold Wind” is more jaunty southern sounding classic rock, and again is a little overly syrupy in the lyrics, and this is fine. Track by track, “Watching Over” comes after “When the Curtain Falls”, and the former is admittedly the first time they sound a little too mundane and like Foreigner, rather than the metal of Led Zeppelin, or the emotion of Journey. “Lover, Leaver (Taker, Believer)” is next, but “You’re the One” is the next emotional bomb, and even sappier, but it still conjures something positive. Maybe less Bob Dylan on rock songs next time would help.

Up to this point Greta Van Fleet is doing fairly well, as a long tenured band, with their first full record doing largely what they are known for. Why all the controversy then, see the next number, “The New Day”, which might be the best track, but it is so alternative and so little Led Zeppelin that no wonder someone scoffs. This is a Dinosaur Jr. meets Jawbreaker happy jingle. We all know what sells these days, and it is not peaceful, selfish, happy, love. It is however anything of shock value, love music, indie-rock, pop metal, hip hop, as long as it iss wild and angry.

Well, who will like this then, anyone into joyous, pointed, rock. Sorry Metallica fans, the last three songs maintain this. “Mountain in the Sun” is the most classic rock sounding of all, “Brave New World” is the most dramatic, amphitheatre worthy, and anthem sounding, and “Anthem”, the final track is more alternative, even hippy sounding acoustic folk-rock. Anthem of the Peaceful Army is maudlin, it is sappy, it is rocking, it is loud, and it is a little too selfishly mushy, and yes, news outlets from Pitchfork to YouTube reviewers (for example: the needle drop), to Rolling Stone (even Rolling Stone) may hate it, but their war against happy guitars began ages ago. Anthem is still solid and peaceful rebellion.