<div> <a href="features/features/groezrock_2012_preview/"><img src="http://www.qromag.com/wp-content/uploads/2012/04/groezrockpreview12.jpg" alt="Groezrock 2012 Preview" /></a> </div> <p> Groezrock is arguably one of the most noteworthy festivals in Europe for its spectacular array of some of the... 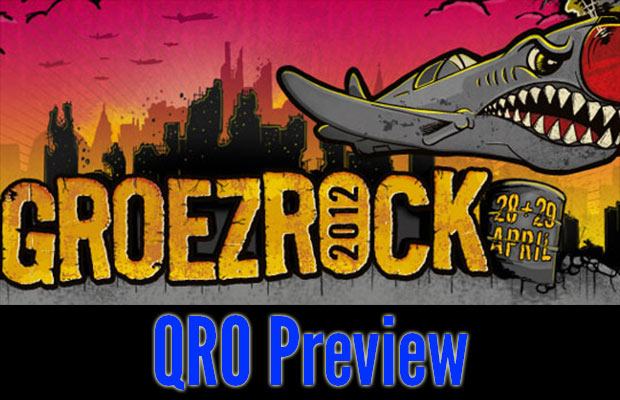 It’s no wonder the festival attracts visitors from all over Europe and grows year after year.  This festival marks its 21st year – true adulthood in every sense, and marks a massive turning point in this festival’s fairytale story of how Groezrock has grown from a gathering of 400 people in a tiny Belgian village to a full scale take over with over 32,000 visitors, picking up campers and a cooperating closely with a local youth club on the way.  If there’s one way to promote solidarity, music is definitely the way forward. 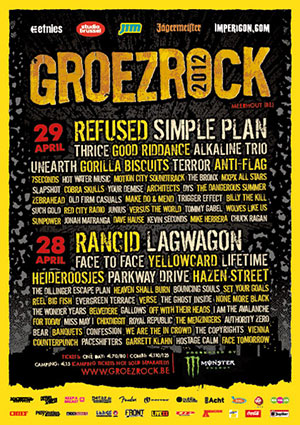 Likewise, there is a very, very good reason for the growing interest in this festival on a hugely international level.  Each year the line up is more spectacular as the festival has built up greater momentum – with past line up with massive names such as Dropkick Murphys, Coheed and Cambria, Thrice, Hatebreed, NOFX… the list could go on.  This year’s magnificent line up certainly proves worthy of the festival’s history, with Rancid, Gallows, Gorilla Biscuits and Unearth as headliners, in addition to one of the most anticipated comebacks of recent months, the might Refused, who apparently aren’t so ‘fucking dead’ after all.  With a line up so momentous, it’s clear to see why this festival attracts visitors from all over the globe.

The festival has also recently expanded, and now sports four stages.  Think hardcore isn’t quite your thing?  There’s also an acoustic stage if one should feel like mellowing out, but the comprehensive choice of worthy artists over a range of genres guarantees you’re in for a treat whatever your choice of poison.  From the more chilled to indeed, hardcore, punk and emo ensure if you’re ready to rock, then you’re in the right place.