QRO is itchin' on a spotlight for Grouplove.... 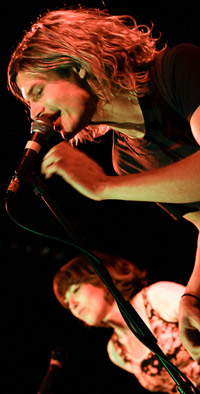 QRO is itchin’ on a spotlight for Grouplove.

Review as part of ‘Seaport Six’ at Bank of America Pavilion in Boston, MA on June 14th, 2012

Photo gallery from BottleRock Festival in Napa, CA on May 12th, 2013

Photo gallery from Big Day Out at Claremont Showgrounds in Perth, WA, Australia on February 2nd, 2014

Review from Lollapalooza at Grant Park in Chicago, IL on August 2nd, 2014

Photo gallery from Baby’s All Right

Review as part of Lollpalooza on August 6th, 2017

Review of “Dancing On My Own” Robyn cover

Review of “Inside Out”

Live review of This Is This release Moment House livestream on March 11th, 2021

Review of This Is This

Review of “This Is The End”