Grouplove came to New York’s Hammerstein Ballroom, just a few nights before the D-Day that was to come in this country.... 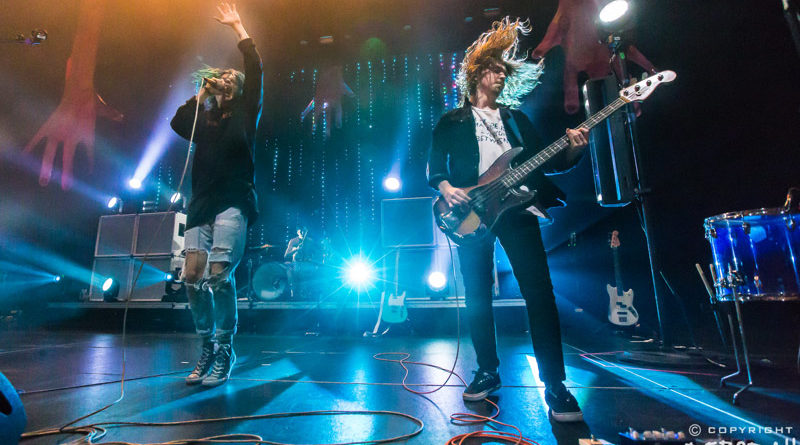 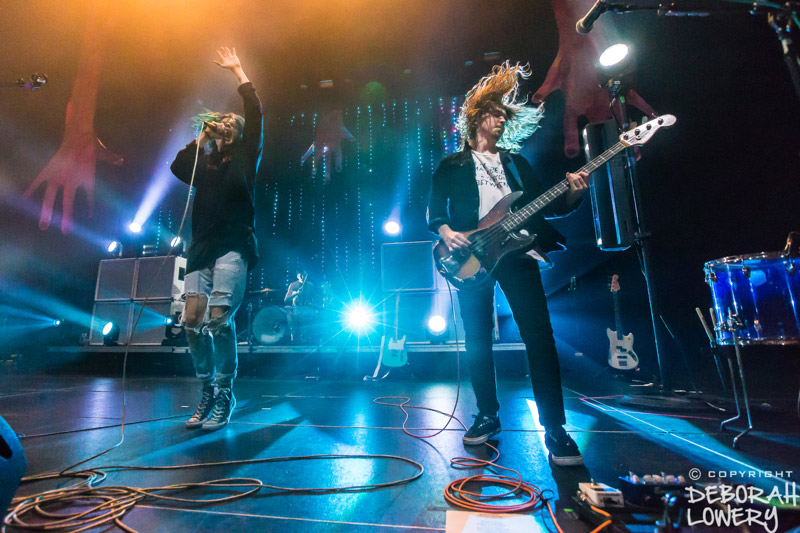 Grouplove came to New York’s Hammerstein Ballroom (QRO venue review) on Saturday, November 5th, just a few nights before the D-Day that was to come in this country. The indie-pop group came on the back of their third record, Big Mess (QRO review), and brought that and more for the kind of enjoyable evening it’ll be a lot harder to have, going forward.

After a hype-man introduction, the Los Angeles group interestingly began their show with “I’m With You”, the opener of 2013’s Spreading Rumours (QRO review). It is the record before Mess, yet it retained the leadoff spot on the set list that it had when touring Rumours, a whole album cycle ago. Yet from there on, starting with “Good Morning”, Mess dominated the set, at almost half, naturally, as this was the band’s tour on the new release. Mess standouts included “Good Morning” (the band has subsequently released their video for it, starring Elle Fanning), “Do You Love Someone”, and “Welcome To Your Life” (into the encore break), and it was clear how much the group was loving playing the new material. 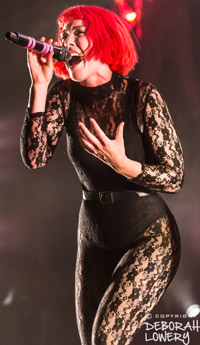 Not that they skipped out on the old stuff, either. Yes, there were early breakthrough singles “Itchin’ On a Photograph” (right after “Morning”), “Tongue Tied”, and “Colours” (to close the evening). The set list did seem a little more tilted towards what one would expect them to play (perhaps the show the night before at Brooklyn’s Warsaw – QRO venue review – had more curveballs), including “Let Me In” from teen drama The Fault In Our Stars, though there was also their cover of Beastie Boys classic “Sabotage” (which they also did at their intimate Big Mess release party in Brooklyn in September – QRO review), and the encore return began with singer/guitarist Christian Zucconi (QRO interview, the day before) solo on Mess’s “Enlighten Me”. 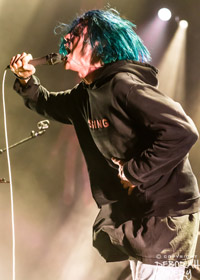 The show also didn’t have quite as much banter as one might have expected, maybe to fit one more song before Hammerstein shut things down (drummer/producer Ryan Rabin also fit in a shirtless crowd-surf at the end). Zucconi did mention that, in his pre-band days, he worked setting up dressing room catering in places including Hammerstein itself (and hadn’t been back to the Ballroom until now), while before “Tongue Tied” singer/wife Hannah Hooper (QRO interview, the day before) asked people, “While you’re on your way to your best friend’s house,” a lyric from the song, “Why not vote for Hillary?”

Unfortunately, we all know how that turned out, with all of Manhattan outside of Trump Tower still in shock, Harlem to Wall Street. But we still deserve to have fun, which Grouplove will still be bringing. 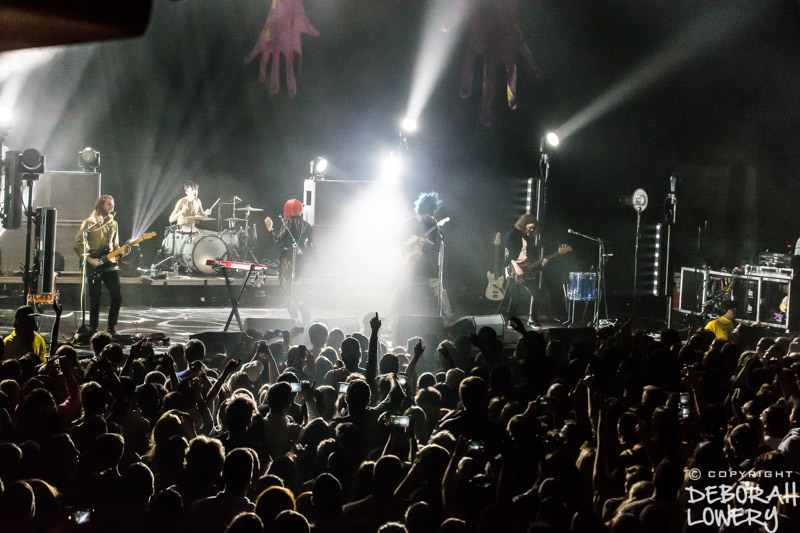