There are some bands that love playing music for fans so much that the feeling can infect all but the worst of the hipsters-haters.... 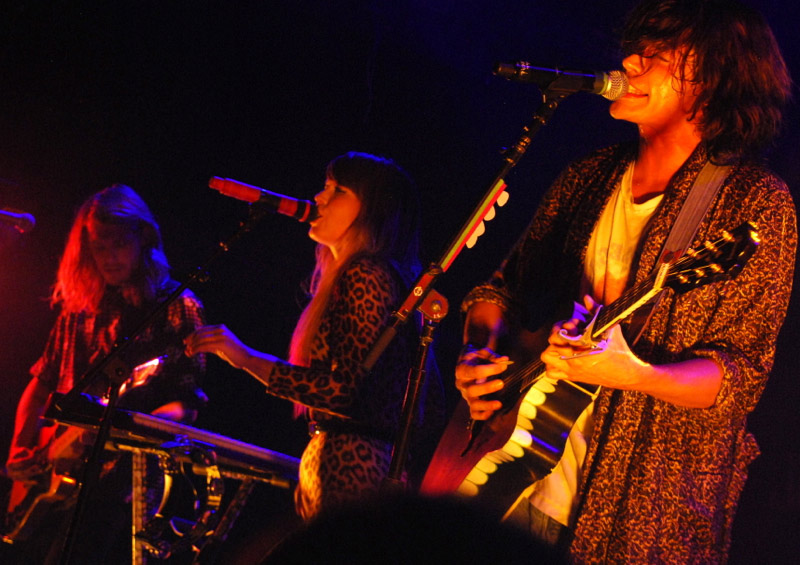 There are some bands that love playing music for fans so much that the feeling can infect all but the worst of the hipsters-haters.  Brooklyn’s Matt & Kim (QRO spotlight on) are such artist – and Los Angeles’ Grouplove are another.  Grouplove found major success quite early on the back of a few singles, then debut full-length Never Trust a Happy Song, but their real strength is live, where they can make virtually all their songs into crowd favorites.  That’s true even for the new ones, as the band came to New York’s Bowery Ballroom on Wednesday, September 25th, just after the release of their follow-up LP, Spreading Rumors (QRO review). 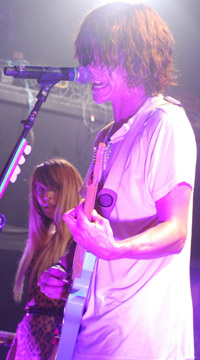 The Spreading Rumors tour has been an interestingly constructed one.  Instead of just headlining a big place one night in each city like they usual, they have scheduled two nights at smaller places in the same city: one electric, one acoustic.  In New York, instead of headlining massive three story converted warehouse Terminal 5 (QRO venue review) like they did last fall (right after Hurricane Sandy – QRO live review) or some big outdoor space like Prospect Park Bandshell (QRO venue review) as they did this summer (under the wind & rain – QRO live review), the group booked a night in the much smaller Bowery Ballroom (QRO venue review) for the electric show, and then another the following at the new & even smaller McKittrick Hotel for the acoustic show.  This wasn’t a perfect transition – at Bowery the stage floor was ultra-cramped, as the sold-out show saw the floor shrink thanks to lots more equipment from Grouplove & opener The Rubens (QRO photos) being put on the house-left side of the stage floor (and it’s doubtful that Bowery’s ticket max for being sold-out was lowered to factor in that shrinkage of space for the crowd).  While it is usual to have some equipment in that corner of the stage floor at Bowery, this was excessive, even for ‘big band playing small space’ – the iconic Pixies ‘slummed it’ at Bowery the week prior (QRO review), and while they also had a second soundman atop the equipment on the stage floor, they didn’t take up as much space (and the Grouplove/Rubens roadies seemed a little pushier – but they work for major label artists…).  Hopefully the expanding of the equipment on the stage floor, and certainly the second soundman atop that equipment, isn’t going to become a regular thing at Bowery Ballroom.

Regardless, this created a much more intimate setting to see Grouplove – even if they’d played the same set list as at Terminal 5, it would have been a different experience (Bowery also likely can’t accommodate confetti cannons like T5 could – QRO video).  But the biggest difference wasn’t the size of the venue, but the newness of the music, as the band clearly came to Bowery to play Spreading Rumors.  The set list actually was only slightly more Spreading than Never, but that’s what happens when you’ve only got two albums.  The group kicked off with Spreading openers “I’m With You” and “Borderlines and Aliens” – of course newest single “Borderlines” was excellent and energetic, but the darker “You” was markedly improved from on the new record. 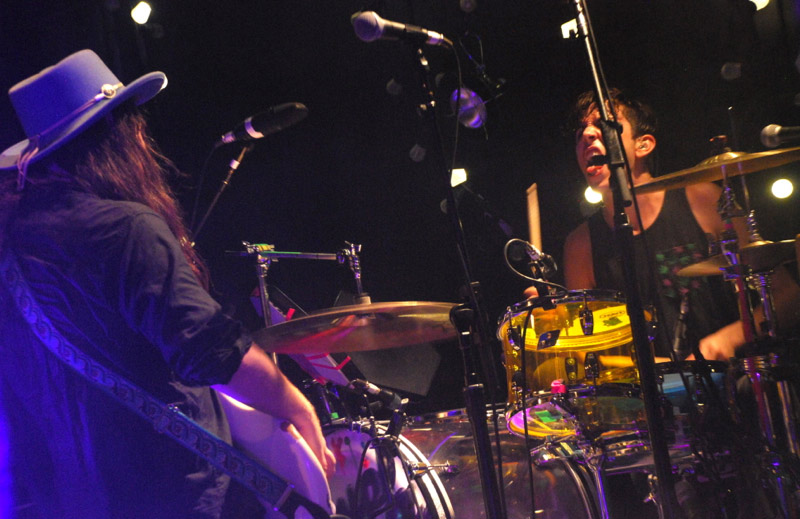 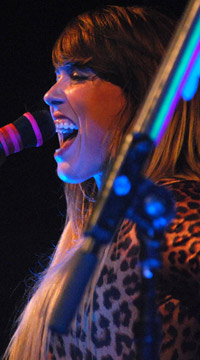 Grouplove have been dogged by having singles that are superior to the rest of the material on their releases by more-than-the-usual fashion (there’s a reason singles are singles for anybody…), but live, the band’s love of playing anything of theirs shines through brightly – and is largely reflected by the crowd.  Yes, a few of the slower numbers, such as Spreading’s “Hippy Hill” & “Raspberry” or Never’s “Slow” (of course), couldn’t have that same energy – after the new, slightly staccato procession “Bitin’ the Bullet”, singer/keyboardist Hannah Hooper remarked, “Got a little weird on that last one…”  However, fans were jumping not just for singles like “Borderlines” and Never’s following “Lovely Cup”, but also non-singles in Spreading’s subsequent “Schoolboy” & “Shark Attack”, not to mention Never’s own back-to-back “Naked Kids” and “Spun”.

After calming things down with “Slow” and an encore break, Grouplove returned to the small Bowery stage for great Never single “Itchin’ On a Photograph” – and then the small stage got a little more crowded when they invited friend Andy Hull on.  Hull is singer/songwriter behind Manchester Orchestra (QRO live review at Bowery Ballroom), and a labelmate of Grouplove’s on Canvasback (a division of major label Atlantic Records – GL singer/guitarist Christian Zucconi thanked their label near the end of the set; even at the intimate shows in New York, folks from the major label get on the list…), and worked with Grouplove on his new song, “Make It To Me”, which was played with the guest, who happened to be in New York.  Admittedly, the piece was more Manchester than Group, darker and more emotional, but fans in the tight Big Apple space got to see something no other city did.  And Grouplove closed out with their two biggest singles, Spreading’s “Ways To Go” and Never’s breakthrough “Colours” (QRO review), which saw the crowd – and the band – go even wilder, of course.

After their fast initial success and many tours off of Never Trust a Happy Song, Grouplove took a break to focus on their new album, and didn’t release it the minute they had it, this summer for the festival circuit (QRO photos of Grouplove at a festival), but instead waited until the fall and their own proper tour (though they’re still doing some festivals, such as Austin City Limits).  While it was wise to back off and not risk over-exposure, extending the wait could have made things difficult – as could playing small venues with too much equipment and not enough space on the stage floor.  But when a band loves playing the music to fans as much as Grouplove does, it can’t help but go over like gangbusters. 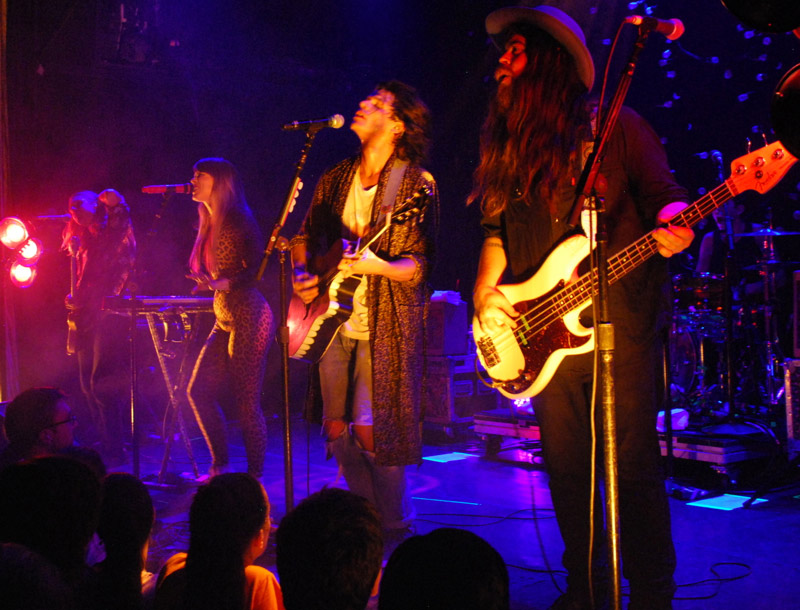