There has been a debate for some time now (around several decades, to be honest) about whether music is gradually losing quality. Nowadays, the current wave of mainstream music... 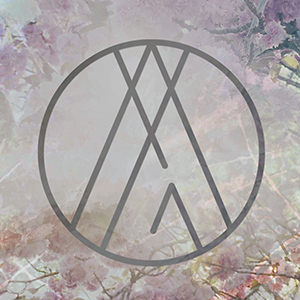 There has been a debate for some time now (around several decades, to be honest) about whether music is gradually losing quality. Nowadays, the current wave of mainstream music – more urban and with way fewer instruments than before, and thus less musicality – is reliving this debate, making it look like it’s hard to find good, solid new music to listen to.

But that’s not true. Outlets like this one constantly inform about good music. The point, however, is finding music you’ll keep in your discotheque, music you’ll come back to, music you’ll still enjoy in, say, five years. And this is what happens with the new EP by Floridians GR^VE.

We’ve already covered the works of the duo, with the video singles for “In Fire” (QRO review), “Distraction From Decay” (QRO review) and “Safe” (QRO review). And now, they have released a five-song GR^VE EP.

GR^VE still display a shoegaze footprint, yet they still tinge their songs with a dark patina that sets them apart from many of peers such as Deserta.

The luminosity and dreaminess of opener “About Time” is the head in a coin complemented by the following track, “Flies On Venus”, where we can hear a duo with Sneaker Pimps / IAMX supremo, Ian Pickering. The almost dark metal, dauntless sounds of the latter remind us of some post-rock bands such as France’s Lost In Kiev, which plays in the favour of the band, expanding their range of sounds and styles.

The lovely instrumental “Insomnolence” is a surprising hinge of the record, a tune you could find in transitions of shows like “Halfwords”, or those special places, where you can feel a sort of different presence around, bringing us back to the other world news of “In Fire”, albeit with a more pleasant feeling.

The hopeful “Cold Wind” (co-written with Pickering), with its cinematic wintery expansive vibe, is complemented as well by the last track, “Dreams”, a reflective ending to a short yet powerful display of sound and craft, with themes ranging from loss to new beginnings and acceptance.

Once finished, I get a clear feeling about the subject I was talking about at the beginning: a record doesn’t have to have ten, twelve or fifteen songs, nor does it need to be produced by an expensive producer in a big, expensive studio. A record has to work to be appreciated and thus be remembered.

And this record works because it makes me want to listen to it again once over. And I can imagine myself listening to it and revisiting it tomorrow, next month or in 2024.

And I think that’s the best thing one can expect from music, any time: sounds that catch the listener, over and over again.

GR^VE’s video for “About Time”: