The Solomon R. Guggenheim Museum is located on 1071 5th Avenue, Manhattan, between 88th and 89th Streets, just across the street from Central Park (and north of Central Park... 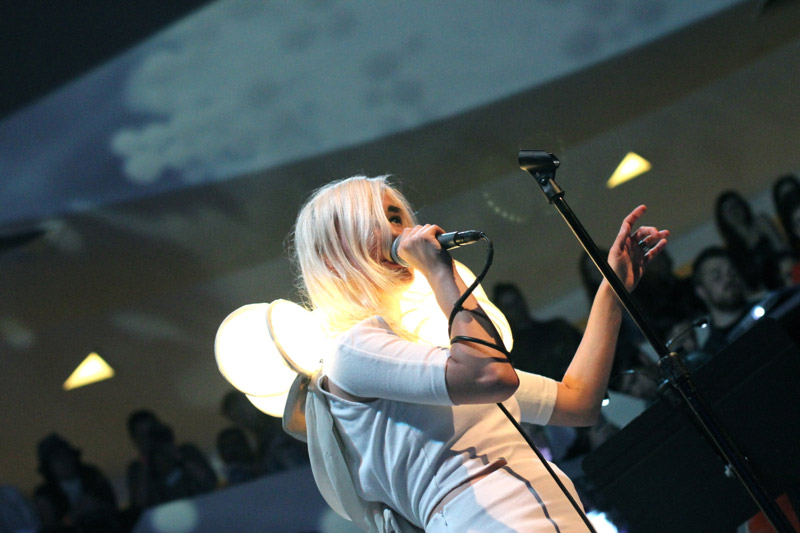 The Solomon R. Guggenheim Museum is located on 1071 5th Avenue, Manhattan, between 88th and 89th Streets, just across the street from Central Park (and north of Central Park SummerStage).  Opened on October 21st, 1959, it is one of the best-known museums in the world, both for its arts collection (permanent & special exhibits) and for its iconic design by Frank Lloyd Wright, his last major work.  Cylindrical, and slightly conic in shape, the museum proper is made up of a circular street-level base, with one ramp tracing around and around, and slightly outward, creating five levels with no (showing) stairs.  From the outside, it appears to be a ribbon going up and out (or akin to one of those collapsible travel cups), in stark contrast to its staid surroundings.  Occasionally it has music concerts, such as its 50th anniversary alternative music series, ‘It Came From Brooklyn’.

When converting it to a concert venue, the stage is a raised platform placed in front of the initial ramp, on the far side from the entrance.  This allows attendees to walk behind the band during a concert, even look over their shoulder.  One can also walk up the Guggenheim’s ramp (though only to the third level) and look down upon the band and the main stage floor (note: you are not allowed to bring any drinks, even water, with you on any point on the ramp).  The drink table is to the far right of the entrance, but does require drink tickets purchased at the ticket/info counter just to the right of the entrance (however, you don’t have to tip anyone – there isn’t even a tip jar at the drink table).

Tickets to concerts at the Guggenheim aren’t cheap (and there’s not much of a price break for museum members), leading the crowds to be decidedly up-market, no matter the band, primarily thirty-something professionals, as well as some older museum members (and the audience is far better dressed than any other indie-rock crowd).  However, the prestige of the place can attract high-caliber artists, such as the first-ever performance by Julian Plenti, the solo side-project of Interpol singer Paul Banks.  Moreover, it’s just about the classiest place you’ll ever see a band from Brooklyn. 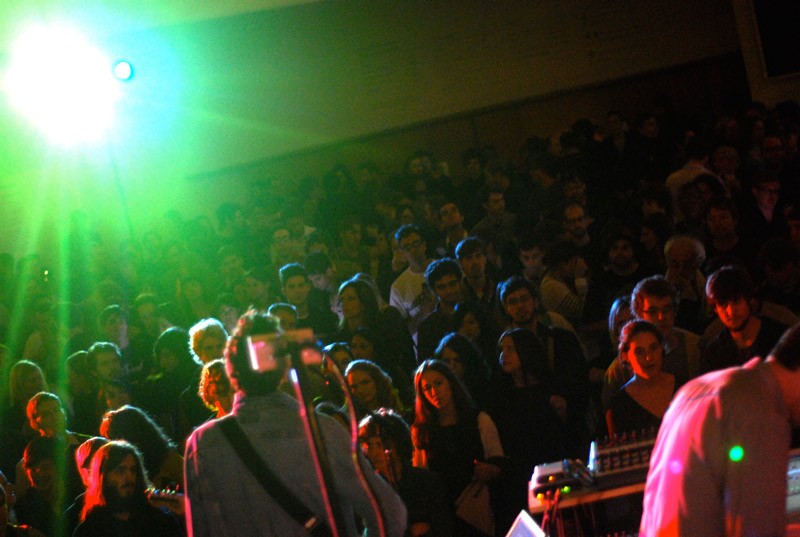