In short, a GWAR concert is something that can only be explained so far.... 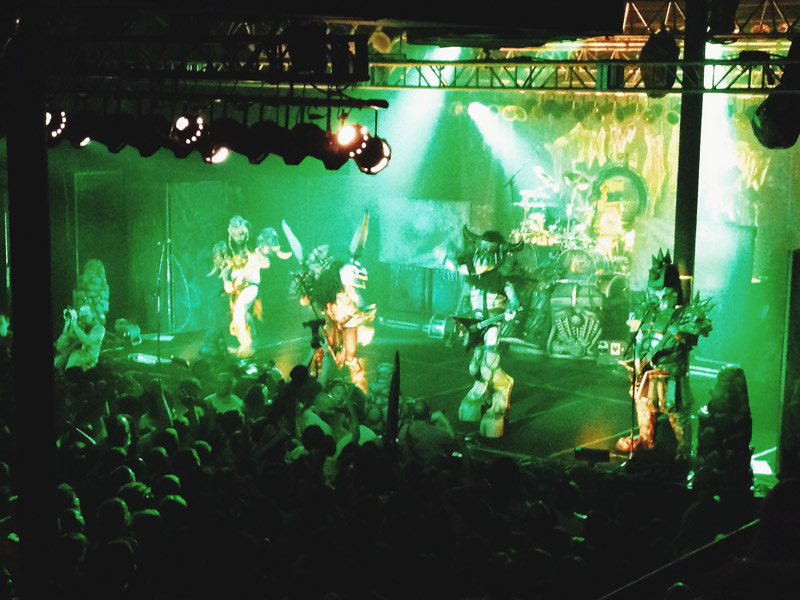 On Tuesday, October 15th, Portland’s Roseland Theater beheld a battle the likes of which it has never seen before.  The hilarious thing was – aside from the battle itself – was that the majority of the city knew nothing about it.

In one corner of this battle you have Mr. Perfect, a human from the future who has been living underground after the Apocalypse and is looking for specimens to experiment on and learn from.  Enter the perfect candidates, GWAR, from the planet Scumdogia.  In their corner – are you ready for it? – Oderus Urungus (QRO interview), Balsac the Jaws of Death, Jizmak Da Gusha, Beefcake the Mighty, and the newly entered member Pustulus Maximus, the cousin of the recently-departed Flattus Maximus (Cory Smoot), who made his return to the cosmos nearly two years ago.  Mr. Perfect aims to defeat them and take them back to the future to his underground kingdom where he can learn from them.  Well, GWAR aren’t having it.  Much blood and fluid and chopping off of extremities ensues.

Those who met their end at the behest of the mighty GWAR were none other than the Queen of England (carrying a newborn fetus), Justin Bieber, and the Pope.  They were just the ‘real life’ folks, no less, because that’s not counting the endless rabble of alien life that also crossed the stage and sprayed the crowd with blood throughout the evening.

In short, a GWAR concert is something that can only be explained so far.  One has to actually witness it firsthand to really know the full impact that it can have.  It’s completely and totally politically incorrect and offensive, and you better believe that every single second of it is well calculated and thought out.

Many songs were featured from their latest studio effort Battle Maximus, such as “Madness At the Core of Time”, “Bloodbath”, and “Mr. Perfect”, as well as older cuts like “Hate Love Songs” from 1997’s Carnival of Chaos and encore-opener “Sick of You” from – if you can believe it – 1990’s Scumdogs of the Universe.  Yep, these aliens have been ruling Earth for a long time.

Theatrics aside, GWAR themselves – at least the four members who actually play instruments – are really rather quite talented and heavy metal music making.  They are tight and in the pocket at all times and, although they come across ridiculously, they deliver some of the hardest-hitting riffs in the genre. 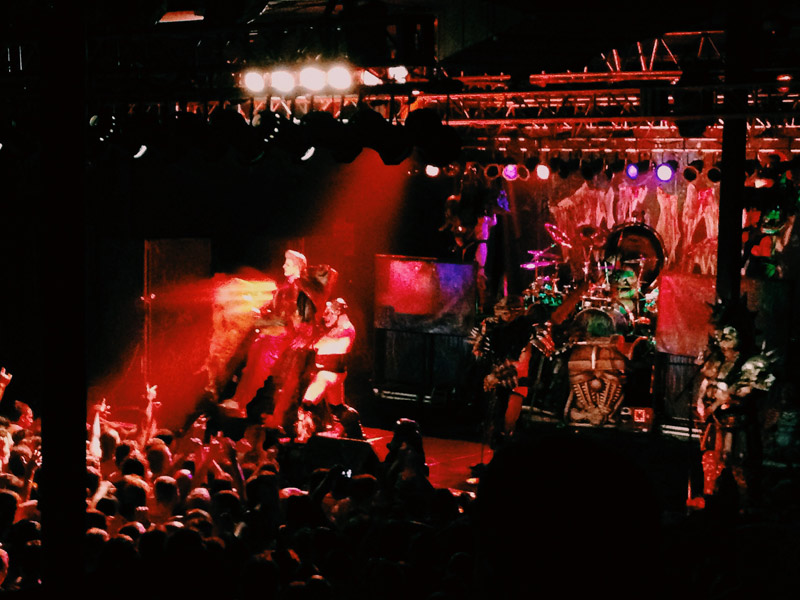