Halloween at House of Vans

It was a big Halloween at House of Vans.... 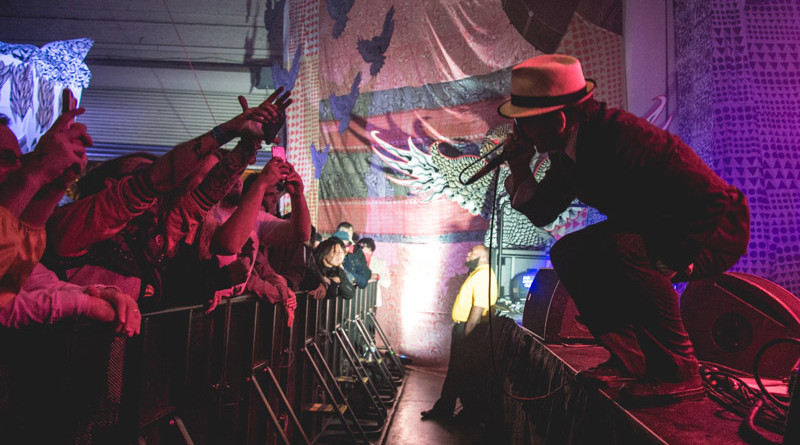 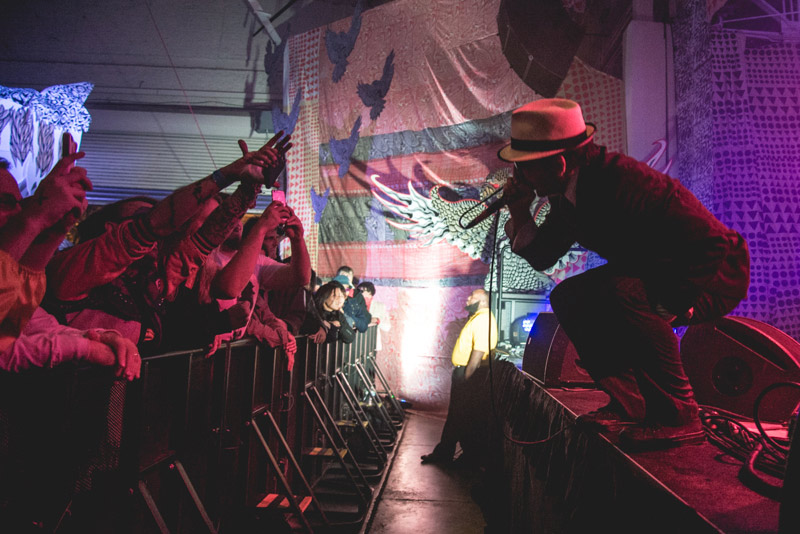 The summer at Brooklyn’s House of Vans (QRO venue review) was broken out into two parts: an early set of three shows dubbed ‘Almost Summer’ in May/June, and a later set of three shows in August/October. The latter three were characterized by the carnival-like set-up at the space, including game booths, streamers, bunting, Velcro wall, hot dogs & pretzels, inflatable men, and arcade game & air hockey table in VIP. But even by those standards, the place went all-out for Halloween, including hosting Flipper with David Yow and Big Business on the Saturday night.

There is always a lot going on for Halloween night in the city, especially when it falls on a weekend, from the Village’s Halloween parade down Sixth Avenue to numerous parties, public and private, plus good ol’ fashioned trick-or-treating. Just take a ride on the subway on the evening, say the L line from said Sixth Avenue down to Williamsburg, to see the spectacle. This did create more competition for the House of Vans event, and its artist wasn’t on the fame level of previous acts Television (QRO live review) or Julian Casablancas (QRO live review). It even was scheduled for later than prior shows, so couldn’t be used for a free beer place to pre-party. Yet not only was there a healthy turnout (albeit keeping with the venue’s regular low capacity), but it was one with a whole lot of costumes. Indeed, there was a costume contest, won by someone in a full-on giant dragon outfit.

That was fitting, because the venue itself was in full costume. From the haunted house-style entrance to the kind of massive papier-mâché puppet heads that you’d expect to see in either Carnival in Rio or a modern anti-war protest march, House of Vans was decked out. There was even some free candy (to go with the usual free beer). 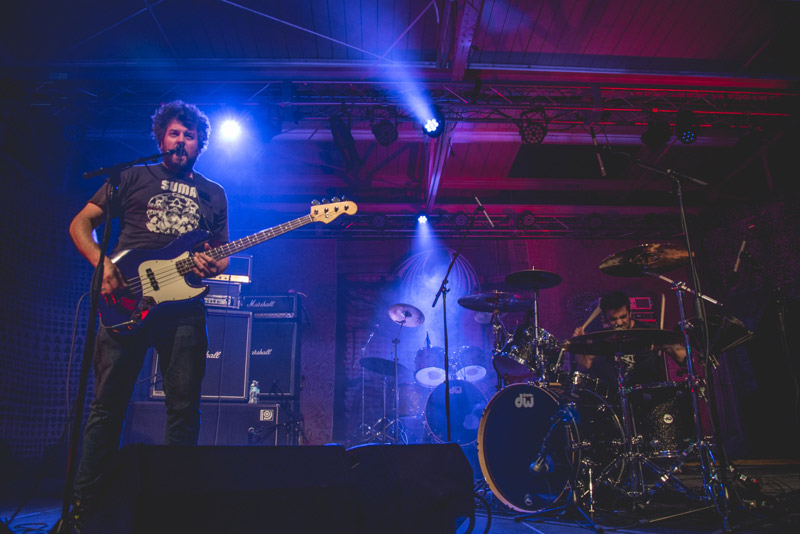 California’s Big Business opened with garage-metal power (and volume), loud and hard but not pushy. The duo did lack in stage action, but that was more than made up for by headliner Flipper, who featured David Yow of Jesus Lizard/Scratch Acid on vocals. The veteran San Francisco act (literally, in the case of guitarist/Vietnam War vet Ted Falconi) has long been more influential than actually successful, having pioneered the heavy, bass-driven, acid-metal, slowed-down sound that would give birth to sludge metal and even grunge. Kurt Cobain was a big fan, and Yow isn’t even the first guest star: Nirvana bassist Kurt Novoselic played with them in the later half of the last decade. Still, David Yow took their show even bigger, epic acid-punk with an extravagant frontman who took off more and more clothes as the night went on (and in further guest star-ness, Gibby Haynes of Butthole Surfers came on stage at one point). Yes, there was a mosh pit, even the odd stage-diver (though the wide pit at House of Vans made that a dicey proposition), but also saxophone. 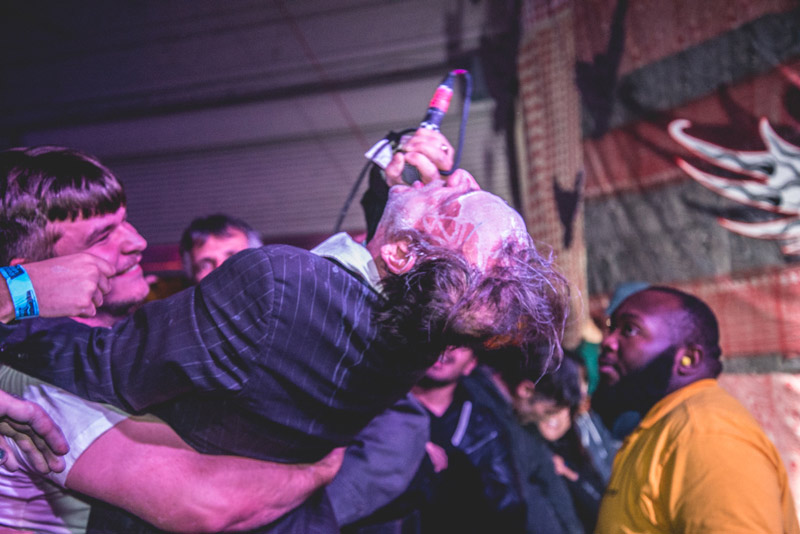 Doors opened at eight, an hour later than the usual Thursday House of Vans show, and the show didn’t end until near 1:00 AM. Some people did go on to other parties (there was a line down the block at nearby Output even after House of Vans closed), but this alone was a worthy Halloween night in Gotham. 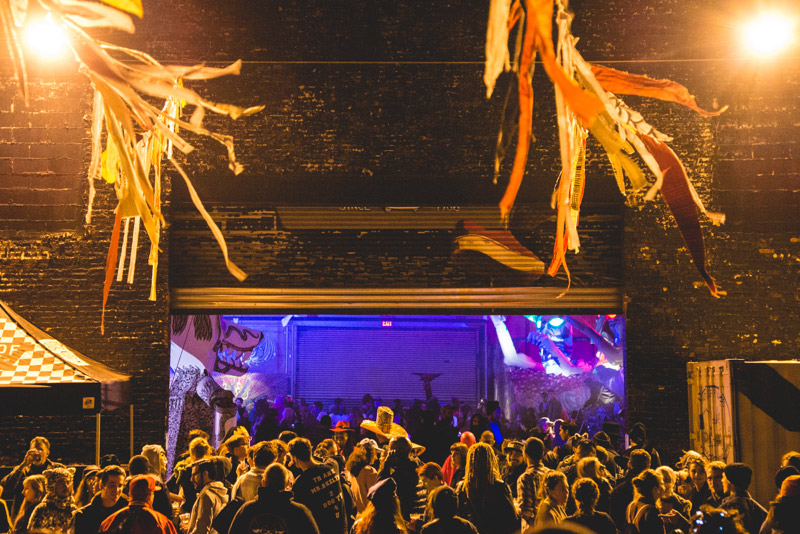