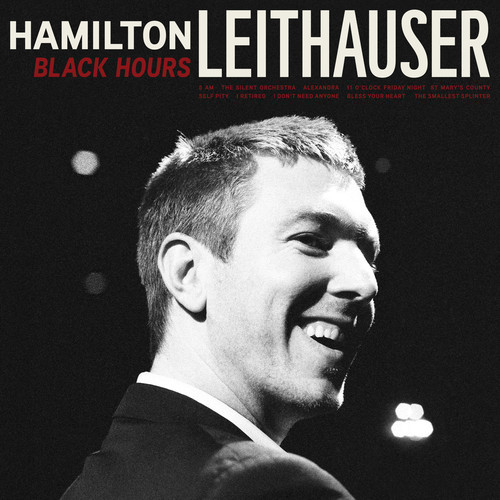 One of the bands that established Brooklyn as a music scene in the twenty-first century was The Walkmen, and from that they evolved out of raw rock into something much finer. It was still a blow when last fall they announced an “extreme hiatus” (read: basically breaking up), but at least that opened the door for solo albums, and many have come, with the most anticipated being singer/frontman Hamilton Leithauser’s Black Hours, which keeps up The Walkmen’s finer points, but also a little more wry.

Click here for photos of Hamilton Leithauser at 2017 Primavera Sound in Barcelona, Spain in the QRO Concert Photo Gallery

Click here for photos of Hamilton Leithauser at SXSW 2017 in Austin, TX in the QRO Concert Photo Gallery

Click here for photos of Hamilton Leithauser at 3rd & Lindsay in Nashville, TN on February 19th, 2017 in the QRO Concert Photo Gallery

The Walkmen had relaxed into softer and slower, but more skilled, sounds in their later years, and Leithauser continues that with pieces such as “The Silent Orchestra”, “St Mary’s Country”, and “Bless Your Heart”. There are also more upbeat numbers, channeling the group’s earlier saloon dancehall, like single “Alexandra” (QRO mp3 review) or the tropical-ish rhythm to “11 O’Clock Friday Night”. Yet Black Hours may be best when Leithauser goes relaxed a wry, letting his persona carry such songs as the back-to-back “I Retired” and “I Don’t Need Anyone” (read into those titles what you will, but note that the song before them is titled “Self Pity”).

Hamilton Leithauser’s first solo record naturally wasn’t going to be (early Walkmen breakthrough) “The Rat” (QRO video), but rather a finer crafted piece more similar to their later years. Yet it is still impressive how well he’s pulled it off – almost enough to make you forgive the “extreme hiatus”. Almost…