<span><span><img src="http://www.qromag.com/wp-content/uploads/2010/11/hannahgeorgasinterview.jpg" alt=" " />In the midst of a massive Canadian tour, Hannah Georgas took some time to sit down with QRO in the serial-killer-lair-ish basement of the Capital... 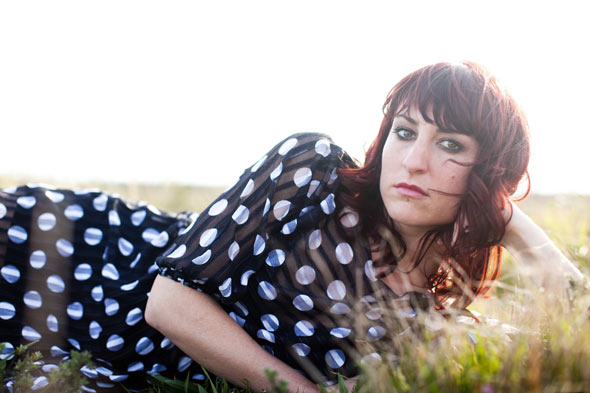 In the midst of a massive Canadian tour, Hannah Georgas took some time to sit down with QRO in the serial-killer-lair-ish basement of the Capital Bar.  In the conversation, Georgas talked about quitting university & starting music, goin’ round the world, where exactly is home, getting older, getting naked, and what’s left to check off the list in 2010…

QRO: So Hannah: You’ve been getting your feet wet in music since you were quite young, but have only really decided to dive in, in the last couple of years.  What was that ‘eureka’ moment when you definitively said, “I’m going to do it”?

Hannah Georgas: I moved out to BC [British Columbia] six years ago, and I decided to give university a try.  I was doing that for three years and had always been, like you said, doing music forever but never putting myself fully into… taking it seriously and wanting to do it as my full-time career.  I guess my point where it was just like, ‘Okay, I need to really do this fully fledged’ was third year university, where I just didn’t feel like it was right.  I decided not to go to U. Vic. [the University of Victoria] anymore, and moved out to Vancouver.  I just started pursuing music full time and trying to get myself out there to meet people who could help me.

QRO: So you dropped out of university to pursue the career – any regrets on leaving that part of your life behind?

HG: Not at all.  I remember after high school finishing, my mom being like, “You should apply to the universities that you’re interested in.”  I remember being like, “Well I’m not interested in anything other than music.”  I think going out too was a way for me to move out of Ontario and find my own scene, and I was curious.  I wanted to try it, and I was interested in psychology.  I wanted to give it a go.  There are no regrets because I can still go back and do what I wanted to do.  What I was trying to hone in on was music therapy, so if I want to go back, I can do.  At this point I don’t even see that as something I’d want to put potential to.

QRO: Ever since then, you’ve been trekking across the continent, and even spending a fair bit of time across the pond.  What sort of affect does having all of these new worlds opening up around you have?

HG: Meeting people has definitely had an influence on me.  Going across the country and discovering that people are coming out to shows has been amazing.  Just a positive thing for me.  For the last two years, we’ve been going back and forth across Canada.  Now this time around it feels really familiar.  It’s a beautiful place, and I feel pretty lucky to be living here.

QRO: You were recently asked to write a song about British Columbia for the CBC – how has being constantly on the road affected your relationship with your home province?

HG: I don’t know…  I feel like I’m there travelling around doing that.  The last tour I did was Western BC and I’ve been there the last six years, so it does feel like it’s becoming home for me.  It is home in the sense that I started giving my heart to my music out in British Columbia.  As an artist, I can say that I’m from Vancouver, because this is where I started really pursuing it – feeling 100% confident about what I’ve been doing.  Whenever I’m back there, whenever I fly into Vancouver, I drive back in through the Rockies, you just have this…  ah…  it’s so refreshing.  It feels like home.

QRO: Being on the road means not only being away from that home, but also being away from a lot of the people that you care about.  Has it gotten easier or harder to keep writing the really personal songs you’re known for?

HG: That’s a good question.  I have friends back there, and people that I love who I call when I get back…  but I feel that right now I’m so focused on touring, just getting myself out there and having these shows where I can be there live, in person and play my songs.  That’s why I feel so excited; I haven’t been in [Fredericton] for a year.  Yeah, it’s hard in a way, but at the same time, I know what I have to do and I’m really excited.  The only thing that’s stayed really consistent in my life is my music: in relationships, with people, and in friendships.  I just feel like there’s no questions there – the music 100% makes my decisions.

QRO: You write on “Let’s Talk”, “And we’re all getting older / And it’s time to figure out / Why our hearts are getting colder / And all tangled up inside”.  That’s sort of a darker lyric…  Is this representative of how you feel about living in today’s world?

I just don’t want myself, as I grow old to develop this certain way, or to be stuck in this way, that I find some people…I don’t want to say my parents

QRO: Lending itself to that, I think it’s important to point it out that even though it contains bits like this; the album is ultimately called This Is Good.  Would you say that sums up the craziness of being in a travelling band today?

HG: For sure, I wouldn’t have it any other way right now.  I feel like I’ve been given the opportunity to share my music.  I feel pretty luck that this is what I’m doing for a living.  To be on the road.  To have people actually respond to what I’m doing and tell me that they relate.  Or that they love it.  Or that it means such and such to them…  It’s just like life can’t be any better right now, and I just want to expand on that.  That’s my goal in life – to be able to have a fan base and have people that can relate and feel…  That it’s helped them in some way.  It might sound cliché… but it’s true [laughs].

QRO: So, you’ve already released the debut full length, toured internationally, graced the cover of Exclaim Magazine and shot a video in the buff [“Thick Skin”]…

QRO: [laughs] With all that in mind, do you have anything else to check off the list in 2010?

HG: Yes!  For one thing, I have new songs that I want to record – I think I might go hide for the month of January…  I want to make another record, because there are songs that I’m really excited about.  I have trouble when I have a new song; I just want to play it.  Even when I listen to a new song, I just want to hear it all the time.  That’s kind of how I feel about the new music that I’m writing.  Also, my new record is coming out in Europe in the New Year too, so I want to be out there.  I want to be touring so much out there.  I want to tour in the states and have my record out there by the New Year too.  I have a lot of work to do.