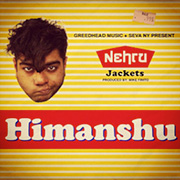 It can be pretty tough to get credibility.  That’s just a general rule about life, sometimes it’s tough to get taken seriously (unless you’re a Canadian child TV star that signs with Lil’ Wayne, obviously).  The world of music making is no different, look no further than the controversial artist du jour, Childish Gambino (QRO photos).  Donald Glover, or Troy as his Community fans will attest, is currently suffering and or prospering through his quest to be accepted seriously as a hip-hop artist.  How else does an album as enjoyable as Camp garner a measly 1.6 out of 10 from Pitchfork?  First a comedian, later a musical artist generally spells big time flub – ask Eddie Murphy.  When Das Racist smashed onto the scene with "Combination Pizza Hut and Taco Bell" they were placed firmly in the joke rapper category.  A YouTube flash in the pan, for a while Heems, Kool A.D. and Dap slumped dangerously close to occupying the same status as the feline rendition of chopsticks.

Click here for photos of Das Racist at 2011 Governors Ball on Governors Island in New York, NY in the QRO Concert Photo Gallery

Click here for photos of Das Racist at 2009 After the Jump Fest at Littlefield in Brooklyn, NY in the QRO Concert Photo Gallery

Now Himanshu Suri (Heems) has finally released his much-hyped mixtape Nehru Jackets in partnership with SEVA New York, an organization fighting the redistricting of Queens.  Nehru Jackets was slated to drop on New Years day, but slipped all the way back to the 17th day of the year.  Why?  It doesn’t really matter, because it fits with the ‘we’re barely keeping it together here’ aura that surrounds the members of Das Racist (that aura is a lot like the stink of booze and weed that you can literally see if you stand downwind).  Of course the other side of that coin is that what they do manage keep together is generally some of the most innovative hip-hop around.

Much of the album was leaked months ago.  Most notably, "Alien Gonzalez", which has not a whole lot to do with Elian, "SWATE", a play on the word sweet, and "Womyn", an ode to the fairer sex, will all be at least semi-familiar to Heems most diligent followers.  But, tellingly, those tracks are still as fresh as the day they were sucked into the blogosphere and spat out the other side for the enjoyment of the masses.  Teaming up with Danny Brown and Mr. Muthafuckin Exquire on "You Have to Ride the Wave" is simultaneously off the wall and as basic as PB&J.

Mike Finito produces the whole mixtape, and it’s his finest work to date.  He uses stuttering, strange sampling over beats that make sitting still a physical impossibility.  Heems’ stream of consciousness delivery makes multiple listens a necessity, as otherwise there is no way to fully comprehend all of his seemingly endless supply of obscure references.

It really shouldn’t be a chore to listen to Nehru Jackets multiple times, as the end product is as unpredictable, comical, socially/environmentally/politically conscious, and ironic as the world has come to expect from Heems and Das Racist.  Just take the tag from the end of "SWATE" – "Y’all, just a public service announcement: Every time you get those rings on your six pack, you gotta cut ‘em up so a dolphin doesn’t die man."  Fight redistricting in Queens, dolphin death, and stale hip-hop by listening to Nehru Jackets.