<img src="https://www.qromag.com/wp-content/uploads/2010/05/hellomorningmay7.jpg" alt=" " />While Hello Morning is a relatively new band on the Portland scene, the members have quite a lineage. ... 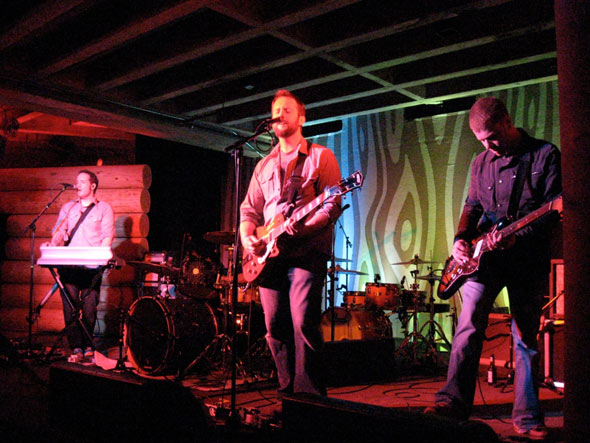 While Hello Morning is a relatively new band on the Portland scene, the members have quite a lineage.  Ben Sims of Sappo (guitar and keyboard) and Kevin Breuner (guitar) of Smalltown Poets started a new project in 2007 and shortly added Peter Swenson (drums) of Boy Eats Drum Machine.  Enter Henry Curl of Jonah to fill the lead vocal position and Hello Morning is born.  They started playing live in late 2008 and just recently released their self-titled debut EP. 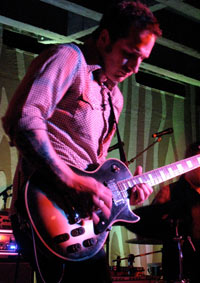 Praise for their live shows has netted them some nice gigs including the opener slot for Irish buzz band Two Door Cinema Club on Friday, May 7th at Doug Fir Lounge. 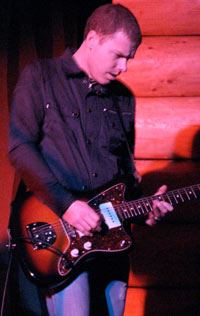 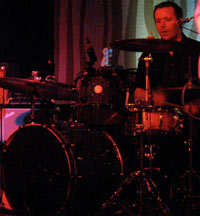 sound, and while there are some similarities, the main fact is that this band deserves to fill the same size arenas.

Their second song of the night, “Coldbreakers”, is reminiscent of Muse both musically and in Curl’s vocals, yet without the 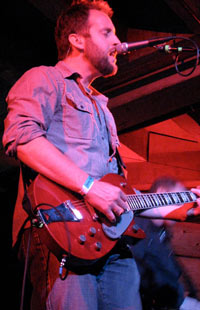 bombast Muse can be known for.  “Mercury (Once Again)” acts as a great showcase for the three chiming guitarists (Sims, Breuner, and Curl) each playing their particular notes to great effect.  It also must be said that many guitarists in the crowd were envious of Curl’s lovely blood red Gretsch.  Instead of enlisting a bass player, Sims plays the lines on a Moog synthesizer that is run through a bass amp.  Add Swenson’s steady drumming and there is a deep beat throughout these songs pounding the audience in their chests.

“Everything Is You” is a simply gorgeous song that really showcases the beauty of Curl’s voice, which sounds similar to Jimmy Gnecco of Ours.  Continuing to show his versatility as a vocalist in “Letters,” Curl comes across as a bit less ragged Neil Young.  They end their main set with “Come Home,” the opening track of their EP, with Sims again alternating between his guitar and keys.  Though Curl is fairly sedate in his approach as a frontman, he’s book ended by the more animated Sims and Breuner. 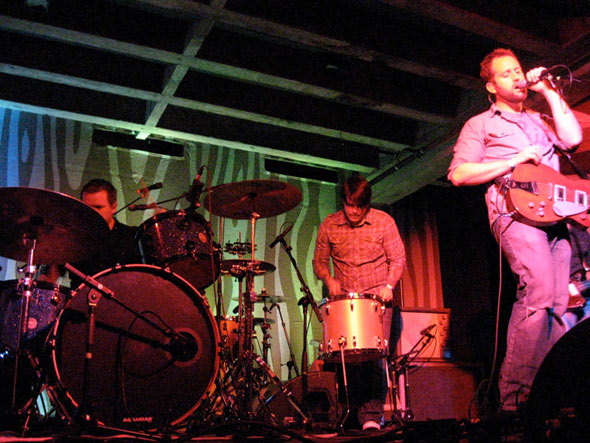 For the encore, Nathaniel Merrill of Charmparticles joined Swenson on drums for the tribal “Everglades.”  Clocking in at 5:38 on their EP, played live, Hello Morning gives it the longer workout it just begs for.  Curl’s vocals soar, Breuner strangles every last note out of his guitar, all while Sims is down on the floor abusing his effects pedals and spinning the knobs to gloriously dirty effect.  Now, if only they had a bigger stage to showcase such a large sound. 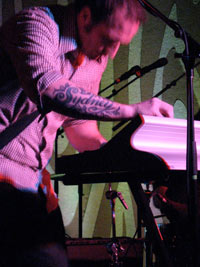 For Hello Morning, that time will probably come sooner than later. 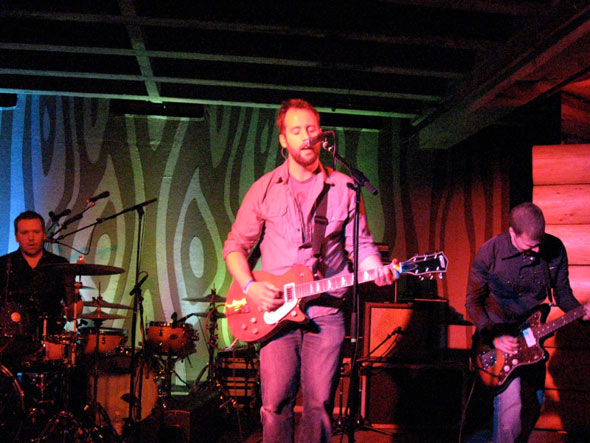