For the twentieth anniversary of 'Betty', Helmet played it in full & more.... 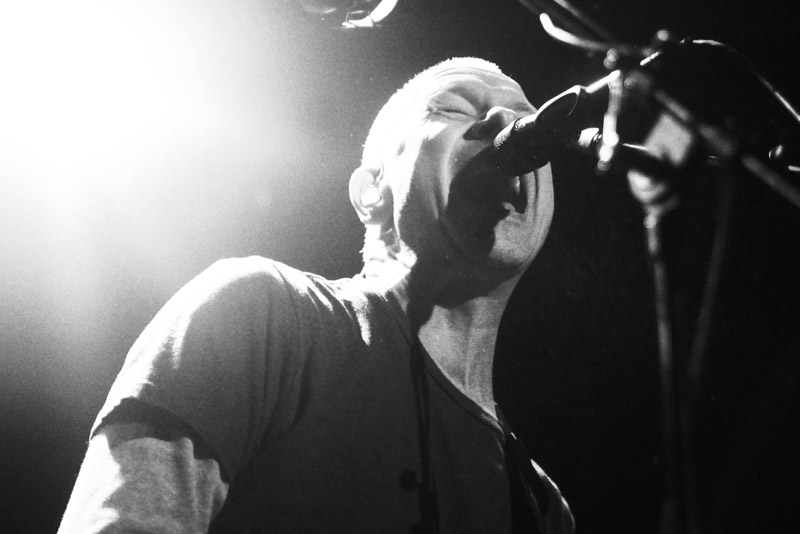 Click here for photos of Helmet at The Vogue in Indianapolis, IN on August 10th, 2012 in the QRO Concert Photo Gallery

Helmet have long been an act difficult to pigeonhole in a genre: heavy metal without the weight of metal, hard rock without the trappings of hard rock, alt-rock while being a lot harder and heavier than most alt-rock. Nowhere was this truer than on 1994’s Betty. Their record after their massive breakthrough Meantime, it was also their ‘band gets weird on their follow-up to their big hit.’ It was well suited for that early/mid-nineties alt-window where alternative music was suddenly popular, with Helmet serving as the bridge to harder music, especially with Betty. For the album’s twentieth anniversary, the band played it & more at Bowery Ballroom (QRO venue review) in New York on Saturday, February 21st.

It should be noted that the Helmet on stage at the Bowery (where they also played three nights earlier, plus a later show at St. Vitus in Brooklyn) was Page Hamilton plus his current line-up, not anyone else from the original nineties run (this wasn’t the original Three of The Juliana Hatfield Three doing Become What You Are, which happens at the same place a week and a day later). But the crowd seemed to be of fans from Betty’s initial release, at least judging by their age. Of course, that didn’t stop a mosh pit from developing, but thankfully it was limited to one side of the front of Bowery, so could be avoided, and the moshers were the kind who’d pick up people that fell (less neighborly were those who decided to crowd surf & stage dive).

What was interesting was that Betty, when it was released, was a departure for the loud act, featuring alternative and even just weird elements, so one it’s a bit of an odd choice to revive (though this follows Helmet/Hamilton touring Meantime on its own twentieth anniversary a few years ago). But for all the talk back then about it being ‘Helmet going weird,’ Betty is still definitely a hard & loud record, and that was only more so live. From the first notes of album/evening opener “Wilma’s Rainbow”, Helmet were hitting Bowery hard. Helmet are the kind of band where you need earplugs – but you wish that you didn’t; they’re loud without just being loud. Favorites from the performance obviously depend on your favorites from the record, but definitely included the “Wilma” open, Hamilton’s gravelly devil voice on “The Silver Hawaiian”, and his banjo-like close to Betty, “Sam Hell”. 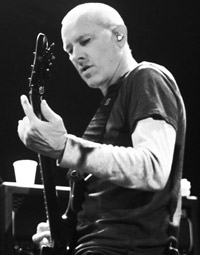 But that wasn’t the close of the evening – not by half. Bowery had billed the evening as “Betty + extended encore,” with no opener, so it was a very full night. Helmet would have been forgiven for doing the fake encore leave after finishing Betty, but instead went right into other songs (to be fair, the rest of the band had a mini-break when Hamilton played “Hell” solo). Whereas there’d been no banter during Betty – rightly so, as there isn’t when you listen to it on record, and it’s not like anyone needed to tell you what was next – Hamilton did get some words in as the group went through some “old chestnuts from the nineties” (which did include pieces from 2010’s Seeing Eye Dog, Helmet’s most recent – “Some of this stuff is as old as five years…” – though nothing from prior two LPs, post-Y2K Monochrome or Size Matters). The singer joked about the two mikes he had on stage, the second to do the weird vocal parts from Betty, and how the second had hit him in the face and left a mark like when David Spade smacked Chris Farley in the face with a shovel in Tommy Boy (the second mike was removed soon after Betty finished). The second half was mostly Meantime, post-Betty release Afterlife, and first record Strap It On, all from the twentieth century. Some particularly strong numbers were Strap It On’s “Sinatra” and “Repetition”, both after the actual fake encore leave, and the latter a crowd request – after Hamilton chided someone in the audience for basically asking, “Play the song I know from MTV!” He also asked that fans not come up and tell him that their dad got them into his band, that they liked Helmet since they were twelve (and mentioned that many of the fans weren’t born when “Sinatra” came out – “I could have fucked your mothers…”)…

But along with rarities like from Strap or “Impressionable” from 1993 Amphetamine Reptile compilation Dope, Guns and Fucking in the Streets Volumes 4-7 (after which Hamilton remarked upon the difficulty of playing songs that you wrote in your twenties, and, “Now we’re gonna play something else you don’t know…”), yes, Helmet played the two big hits from Meantime. “Unsung”, their breakthrough song, came in the middle of the second half, with requisite giant mosh pit – which was only overshadowed by the pit for the other hit single, “Meantime”, which closed the evening (after the Strap one-two of “Sinatra” & “Repetition”).

An act playing an album in full for its anniversary is always tricky, as that record usually brings up rose-colored memories that can be hard to match live and in real life (see The Jesus & Mary Chain recently doing Psychocandy – QRO review). Doing a ‘weird’ record like Betty would seem to be even riskier, as it could fail to draw longtime fans. But instead not only did Betty rock even the hardest of Helmet fans, but also brought in those who only tread in heavier waters in the nineties with Betty (like your correspondent), and made that record & more work. 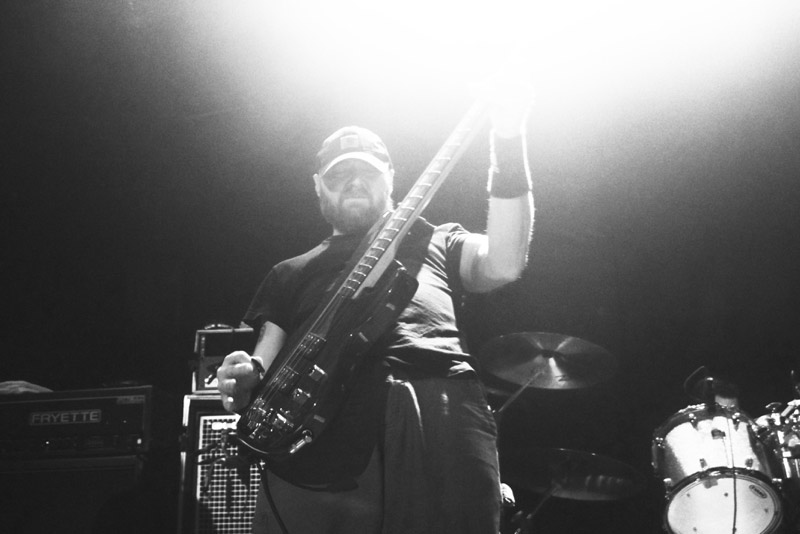