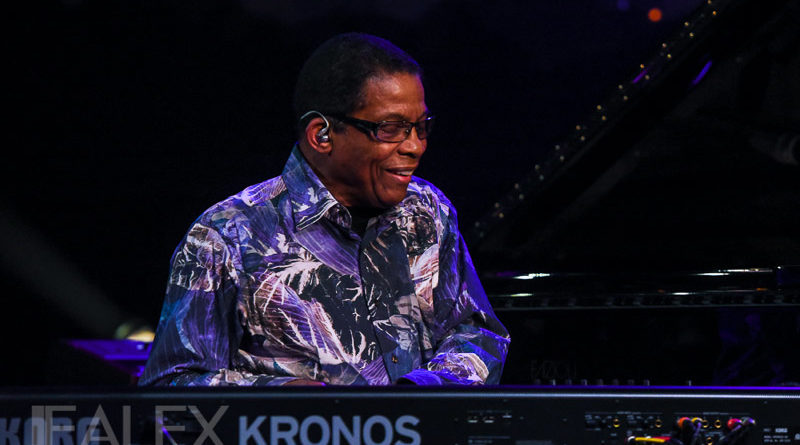 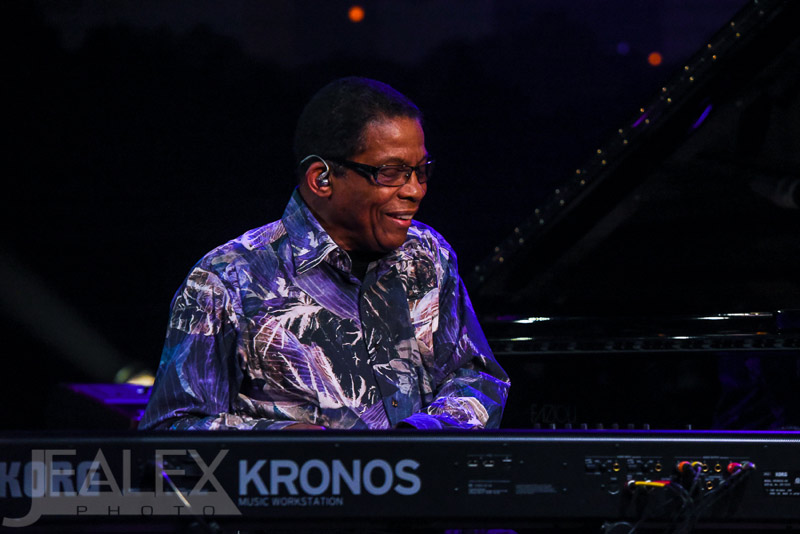 Oscar and multiple Grammy Award-winning jazz and funk genius Herbie Hancock made his first appearance on The Austin City Limits television show on Thursday, October 12th, at the Moody Theater. In a week where concertgoers were recalling tales from weekend one of the Austin City Limits Festival (QRO recap), die-hard music fans did not want to miss a chance to see this living legend at the place that started it all. Celebrating their 43rd season on television, the PBS music program Austin City Limits’ other recorded performances on the roster include acts on the newer side with The Black Angels, Benjamin Booker, and Run the Jewels. 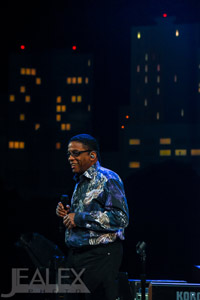 The avant-garde 77-year-old afro-futurist has inspired generations of musicians. Since his early days as a member of the Miles Davis Quintet from 1963-1968, Herbie Hancock’s skills on the keys, whether piano or later with the synthesizer, transcends our physical plane into a world of syncopated sound that at times recall musical transmissions from another dimension. Known for a spaceship-like dashboard of keyboards of various types, Thursday’s performance consisted of a minimal set up with a grand piano flanking his left side, a Korg Kronos synthesizer on his right, and to the right of that, a MacBook Pro as the surrogate for the other sounds the musician needed. 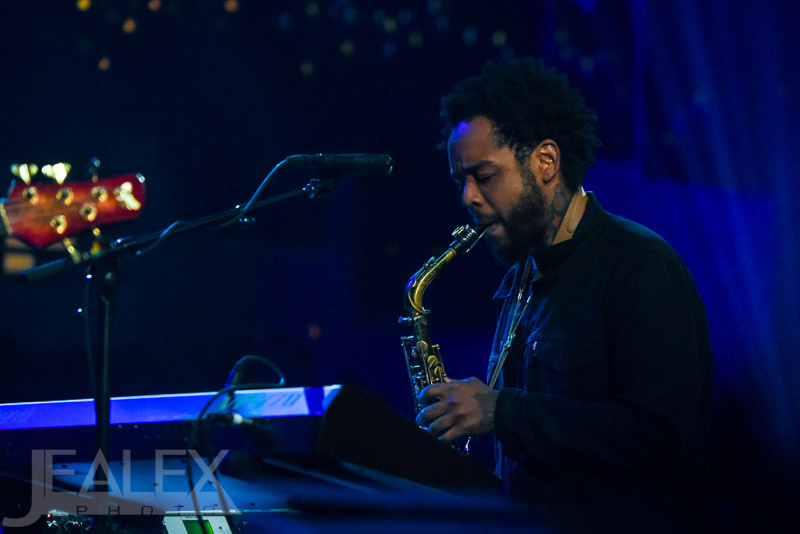 Joining Hancock was a touring band seasoned through a run of performances earlier in the summer in Europe, featuring Terrace Martin (co-producer of Kendrick Lamar’s To Pimp a Butterfly) on alto sax, vocoder, and keys. The 38-year-old is not only touring with Hancock, but will be producing his new album, with a release set for early 2018. Anticipated tracks will come from notable rappers and R&B singers Kendrick Lamar, Snoop Dogg, Common, and Pharrell Williams, showing the influences of Martin on Hancock’s latest direction. Filling out the stage of his quintet was a rhythm section of session drummer extraordinaire Vinnie Colaiuta, who is known for his work with Sting, and James Genus on five string bass, of Saturday Night Live Band fame. 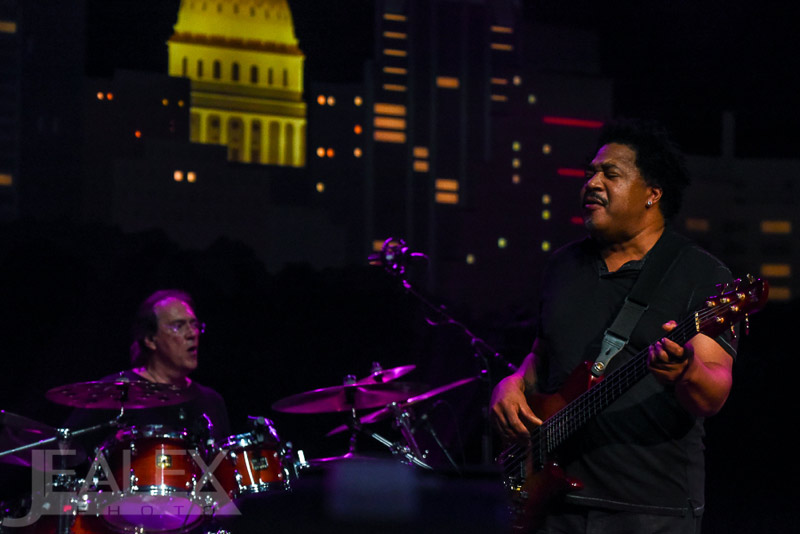 Covering 40+ years of material, going back to 1964’s Cataloupe, known by younger audiences through US3’s 1993 re-interpretation “Cataloop (Flip Fantasia)”, almost all songs on the six-song set were long jams at ten to fourteen minutes in length – plenty of time for improvisation and abstract spacey passages. After kicking off with the 20-minute intro titled “Overture”, the snazzy dressed septuagenarian introduced the band that he carefully curated around him, before launching into the funked-up bass driven track “Actual Proof” from Hancock’s seminal 1974 album Thrust. 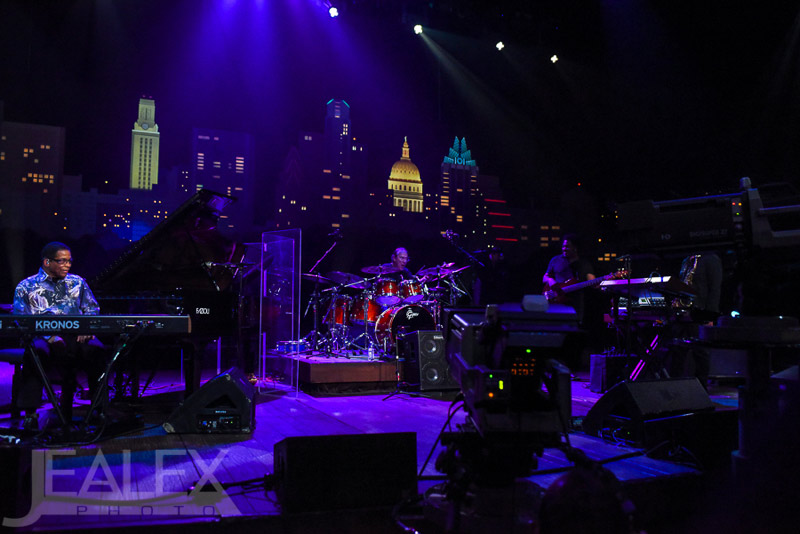 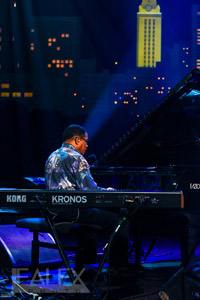 Hancock turned on his vocoder to build rich textural aural landscapes in the middle of his set on “Come Running to Me Sunlight” from 1978, before pulling out a white keytar synthesizer and strutting around on stage on final two tracks “Cantaloupe” and “Chameleon” from the 1973 record Head Hunters. Despite the age of these songs, they haven’t lost their power and seeing this visionary perform live is inspiring. Rounding out Hancock’s North American tour in the southeast US before heading to Japan and back to Europe, fans not on the tour trail can check out the full concert audio from the Austin City Limits taping by going to https://www.youtube.com/watch?v=LLLH6fBx5-Q. 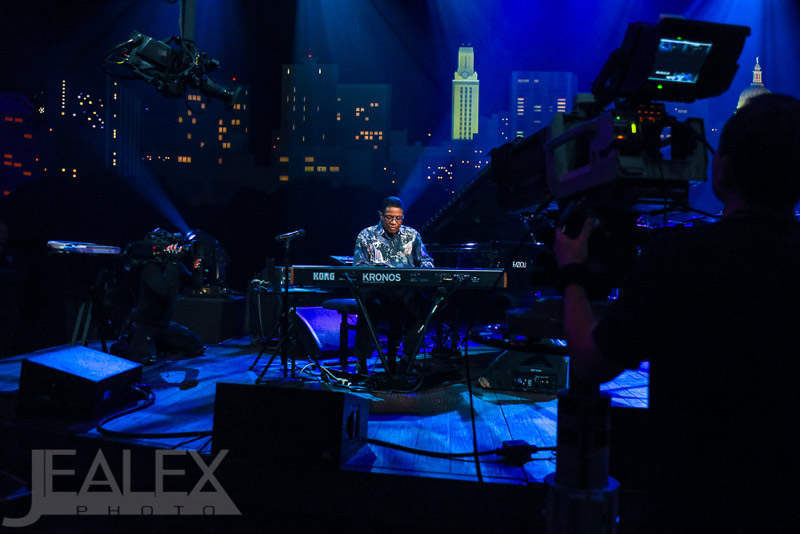