<img src="http://www.qromag.com/wp-content/uploads/2010/05/heyrosettaredsongsep.jpg" alt=" " />As they prepare to release <i>Into Your Lungs</i> in the U.S., Hey Rosetta have regrouped to give American listeners a taste of their sadder,... 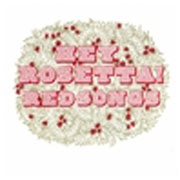 Every few years or so, a new wave of Canadian indie bands seemingly explode into widespread popularity, a popularity which envelops places well outside of the country’s borders.  In the late nineties the role belonged to Broken Social Scene (QRO spotlight on) and The New Pornographers (QRO live review), while the early 2000s were dominated by the likes of Arcade Fire (QRO live review) and Wolf Parade (QRO live review).  Now, with another decade behind us, a new wave is beginning to emerge; a wave dominated by names like Patrick Watson (QRO spotlight on), The Most Serene Republic (QRO spotlight on), and Owen Pallett (QRO live review).  In the wake of two stellar recordings, the time has come to add a new name to the list: Hey Rosetta.  On their last release – 2009 Polaris Prize short-listed album Into Your Lungs – the Newfoundland six-piece proved that heartbreaking eloquence and fervent elation could coexist beautifully.  Now, as they prepare to release Into Your Lungs in the United States, Hey Rosetta have regrouped to give American listeners a taste of their sadder, delectably tragic side.

After ditching any notion of the word ‘refined’, and without a producer or any fancy studio space, the band settled into the home of a close friend for a weekend’s worth of open-minded recording.  What resulted was a kitchen party of a different sort, culminating in this wonderfully raw three song EP, entitled Red Songs.  Though the color red has seemingly been an oft-visited inspiration for front man Tim Baker, the title lends itself specifically to track one, entitled "Red Song".  The sprawling ballad needs only the strumming of an acoustic guitar to accompany Baker’s voice, which seams in and out of colorful, albeit dark metaphors.  When cello and violin kick in midway, they do so in perfect emotional form, and the twang of an electric guitar also accentuates Baker’s lament admirably.  The rest of Red Songs sees a rearrangement of a classic Canadian folk song called "Who Is At My Window Weeping", as well as an eerie acoustic number called "Bandages".  These unusually folksy songs etch in a Gordon Lightfoot-like singer/songwriter aura around Baker.  While "Bandages" accepts this, a string-oriented buildup sees "Who Is At My Window Weeping" morph midway, into the poppy alt-rock sound that Hey Rosetta does best.  This unrefined endeavor may be toned back, untreated, and short, but it is indeed very sweet.  Though it lacks the magnitude of some of their previous recordings, the album is ripe with a genuine sincerity, and Hey Rosetta shows that quality, not quantity, is the lynchpin of any excellent recording.