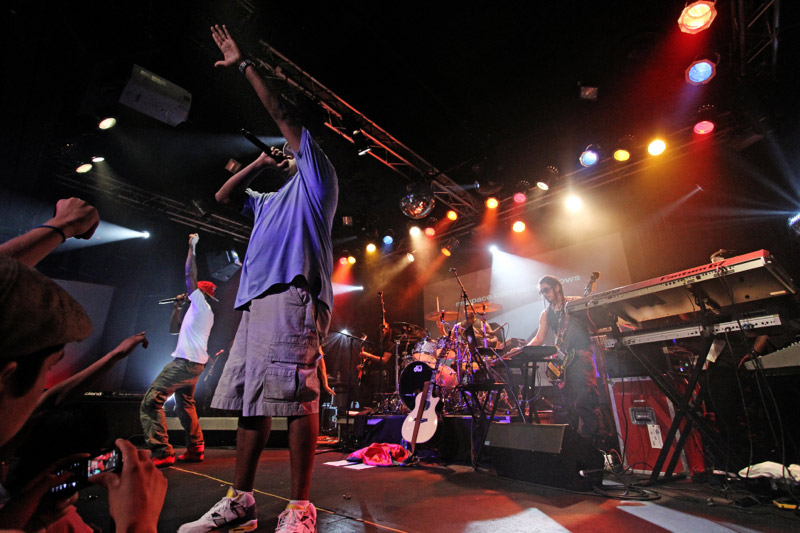 Highline Ballroom is located on 431 West 16th Street, Manhattan, between Ninth and Tenth Avenue.  It opened on April 30th, 2007, with Lou Reed and Okkervil River.  Less than two weeks later, it was featured prominently in the first (and only) annual ‘High Line Festival’, a collection of concerts in Manhattan to raise money for turning the nearby abandoned elevated rail, the ‘High Line’, into an extended city park.

Placed deep into Chelsea, just west of such established venues as Webster Hall and Irving Plaza, Highline Ballroom is somewhat smaller, but makes up for that in class – style-wise, it’s more equivalent to Hiro Ballroom, just a block east on 16th Street (though the actual stage is still up a flight of stairs, like Webster and Fillmore, unlike down a flight Hiro).  There are seated sections on both sides, plus another upstairs in the rather large balcony section.  Sometimes, tables are laid out across the stage floor, making an entirely seated concert.  Bars are located at the back-left and back-right of the stage floor, as well as on the balcony.

The venue displays an almost schizophrenic taste in acts, varying from solo singer/songwriters like Reed and Daniel Johnston to mainstream emo and punk-rock acts like Sick Of It All and Dashboard Confessionals, as well as indie-rock acts like stellastarr*, electronic shows like Hot Chip, hip-hop performers like Yo Majesty, soul groups like Budos Band, and jam bands like Tea Leaf Green, as well as sometimes playing host to after-parties.  The house-electronic spinning duo of Bob Mould and Richard Morel, Blowoff, performs there regularly, and the Hüsker Dü/Sugar indie-punk musician Mould has also played Highline solo (and was followed by a Tea Leaf Green after-party).  In many ways, the venue’s line-up more resembles Brooklyn’s late nightclub/venue Studio B, than any of the Union Square-area alternative music venues.  The ‘high-class’ nature of Highline gives it a more varied, but more expensive, bar selection, somewhat pushier security than other venues its size, and a top-notch sound and light system (though they can overdo it on the light show, sometimes). 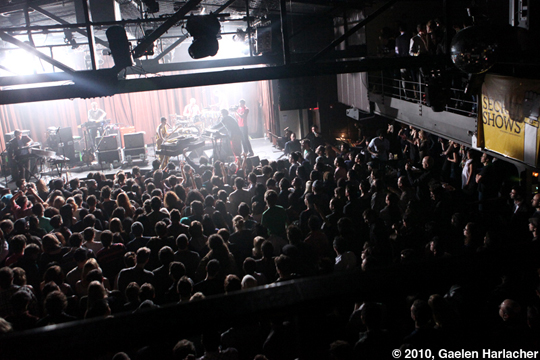 Johnny Hickman & David Lowery of Cracker – “Friends”, after an aborted attempt by Lowery to play the new solo “I Sold the Arabs the Moon”, Highline Ballroom, New York, NY, 1/14/11