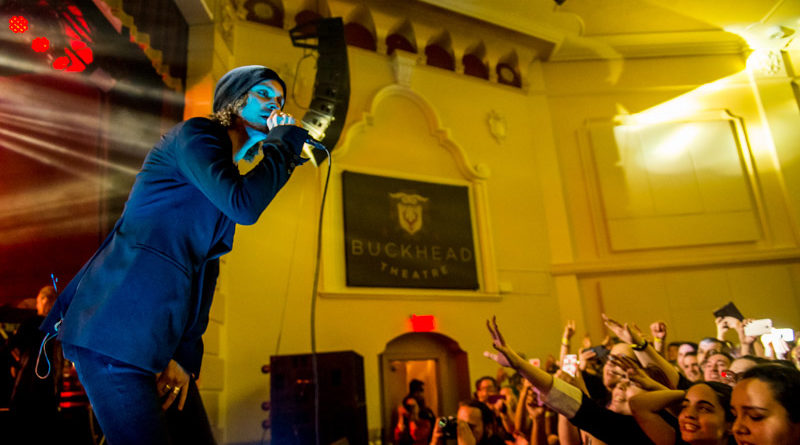 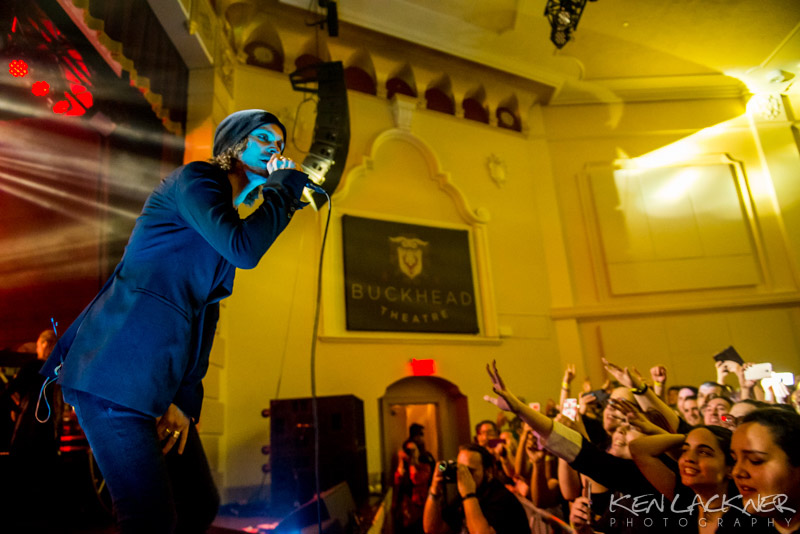 On Monday, November 6th, the Finnish goth rock “love metal” band HIM played to a sold out Buckhead Theater in Atlanta. Some in the audience were following the tour around the southeast, and many people came up from Florida to see them on their farewell tour. Everyone in the band was fit and playing well, so they were not slacking during their final shows. In fact, they kicked ass!

On previous tours, singer Ville Valo would light a cigarette before practically every song. Not so on this tour. Cigarette smoking was not a part of his act anymore. His wide vocal range was still intact – low bass, middle and high tenor. He also sustained a mid range scream for about ten seconds several times. He performed all in black including a black knit hat. It’s surprising that he didn’t overheat. 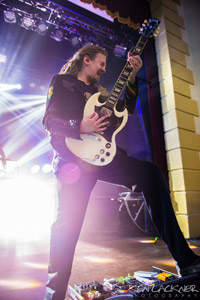 Linde Lindstrom, the guitarist with long blonde dreads, delivered not only lots of rhythm guitar but also chord solos as well as single note and double note solos.

Keyboardist Burton Puurtinen stood out on “Rip Out the Wings of a Butterfly”, one of the hit songs from 2005 album Dark Light. Mige Paananen, the bassist, rocked left to right and wore a floppy hat throughout the entire concert. His bass was very loud, necessary for electric goth music, which relies on heavy rhythm.

Next, Valo sang many bass notes on the ballad “Gone With the Sin” while slow chords played on keyboards. In contrast, Kosmo Kroger’s drums remained as strong, solid and loud as on faster songs. Going for extremes, a dynamic of European bands, the next song, “Soul on Fire”, began really fast for a minute, then slower, then fast again.

Valo’s “Wicked Game” vocals were actually an improvement on Chris Isaak’s original version. As the tempo increased, Lindstrom’s guitar solo noodled with great expression on his Gibson SG style and wa-wa pedal. Valo took a break as that solo commenced and Puurtinen’s wonderful keyboard solo followed. Valo returned in time to finish the chorus of the song strong, performing a glissando before the last line.

“Killing Loneliness” had a shaky start on the first verse but it was definitely live. The song was better after that verse. There was a sing along during “In Joy and Sorrow” and a few other melodic tunes.

After a great set, HIM returned for an encore with a blazing version of Billy Idol’s “Rebel Yell” and another HIM original, “When Love and Death Embrace”. HIM was a unique band that will be missed.

Wolf Alice – Visions of a Life