<img src="http://www.qromag.com/wp-content/uploads/2012/09/hollywoodbowlsep9.jpg" alt="Hollywood Bowl : Live" />The best way to end summer is at the Hollywood Bowl. ... 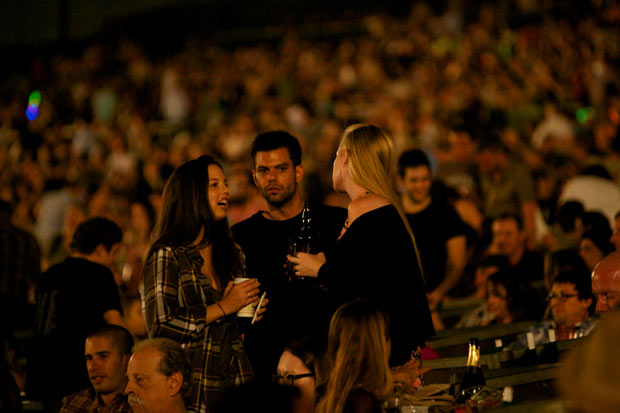 The best way to end summer is at the Hollywood Bowl.  Last summer TV On the Radio/Panda Bear at the Bowl & Sunday’s picnic dance party gave you that ‘end summer with a bang’ feeling.  It was hot and the buzz was on with an epic sunset.  The Hollywood Bowl is just a beautiful place with tons of history and you can bring your drinks, food and smiles, like at the Hot Chip/Passion Pit show there on Sunday, September 9th for the KCRW World Music Festival. 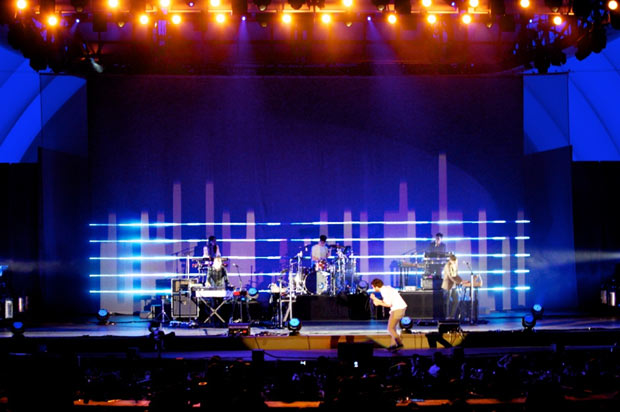 Passion Pit is one of the better live bands around from a performance perspective.  They have a lot of energy and songs that transfer over live pretty darn good.  Every time one sees the band, the crowd is having a really good time.  At Hollywood Bowl they mixed in their new album Gossamer (QRO review) with hits “Reeling”, “Sleepyhead”,  “Moth Wings”, and closed with “Little Secrets”.  Passion Pit had a really good night.  The lights got better as the set went on, as did the crowd.  One section top had about 30 giant flashing disco sticks going at all times, looking like the section having they best time. 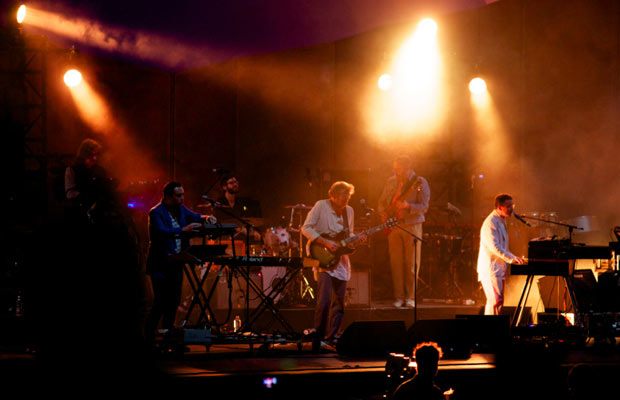 Hot Chip were already good on record (QRO review), and yet were even better live.  They sounded amazing; the musicianship was top of the line and the bass was pounding.  As Hot Chip went on through their set the lower box seats was no longer seats but rather a dance party – and the band was just as excited as the crowd.  The venue was packed to the top, it 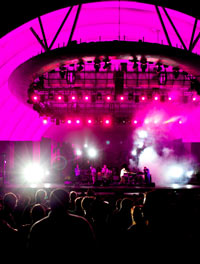 was a hot summer night, and it was an amazing way to spend a Sunday night.  Hot Chip sounded great and the crowd loved “Over and Over”, “Ready For the Floor”, “Boy From School”, and the “Hold On” drum jam at the end.

Watching Al Doyle Hot Chip’s guitar/bass/synth/percussionist play on stage kept giving flashbacks of LCD Soundsystem (QRO live review).  Watching him run around stage and play every instrument with the highest of energy, just like he did in LCD, giving a similar feeling to seeing LCD play.  It’s awesome, their recreating all the sounds from the album live, with lots of cowbell.

Summer may be closing but not the Hollywood Bowl (this is Los Angeles, after all).  Über-respected electronic mavens Animal Collective come there September 23 – start planning your picnic food, beverages, and friends for the show. 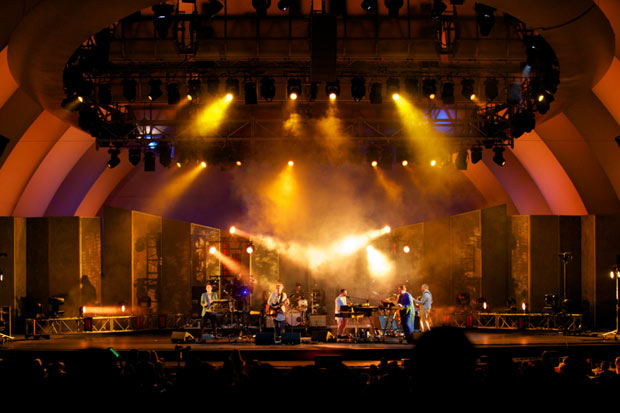