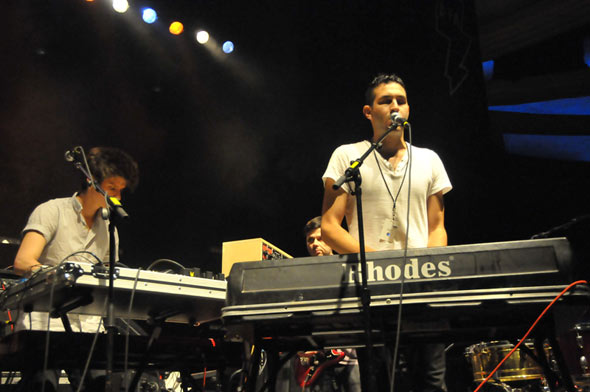 Opening for LCD Soundsystem (QRO review) was quite a feat for newbie band Holy Ghost! at the Hollywood Palladium on Friday, June 4th.  The Brooklyn-based duo, made up of longtime friends Alex Frankel and Nick Millhiser, played their first US tour to an audience of LCD-anxious fans, serving as a lightly synthesized appetizer to an otherwise electro-heavy concert. 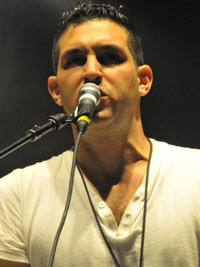 A shoe-in for the slot with their new EP Static on the Wire recently produced by LCD mastermind James Murphy’s DFA label, the young band held their own in front of a demanding Los Angeles crowd by keeping it simple.  Although Frankel and Millhiser’s inexperience at performing in large venues was noticeable by a subdued stage presence, their DJ roots pulled them through when the crowd began to boogie.

Overzealous Angelinos seemed to dissect the duo during their first few songs, only to be overtaken with a desire to move during the familiar first beats of poppy 2007 track “Hold On”.  Soon enough, the Palladium was transformed into a disco-esque faux ‘70s dance floor with an underlying hint of ‘80s glam.  The highlight of their concise thirty-minute set was the funky synth-saturated EP title track “Static On The Wire”, when the band’s feel good rhythm became unavoidably contagious. 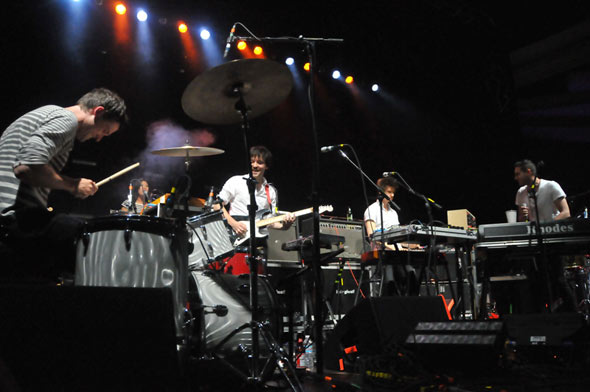