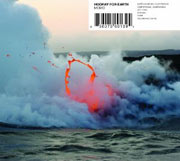 A longtime friend-of-the-Q (or ‘FoQ’) has been New York’s Hooray For Earth, so it’s been tough to watch the accomplished art-rock act not break through like we knew they should. Still, the band brightened up, and now their prospects are as well, having just signed to Dovecote Records, who are re-releasing an expanded version of their Momo EP.  Hooray are set to play a record release show with labelmates Futureheads (QRO album review) on Tuesday, June 1st (QRO concert listing) at Brooklyn’s Music Hall in Williamsburg (QRO venue review), before heading out on a tour of the entire East Coast with buzz-bands The Pains of Being Pure at Heart (QRO live review) and Surfer Blood (QRO album review).

Of course, QRO was there when Momo was originally released digitally, and here’s the review of the record – QRO review: 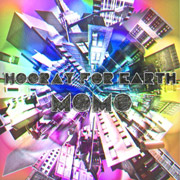 Click here for photos of Hooray For Earth at Cake Shop in New York, NY on June 19th, 2009 in the QRO Concert Photo Gallery

Click here for QRO’s review of Hooray For Earth at Piano’s in New York, NY on April 12th, 2008

Momo EP is being released exclusively through eMusic Selects, in conjunction with ABC News’ Amplified, a series of interviews with indie bands, done by network anchor/reporter Dan Harris.  You could say that brightened things up for Hooray For Earth, but this material was written & recorded beforehand.  Hopefully, things are just naturally getting better & better for the planet.

Click here for photos of Hooray For Earth at Music Hall of Williamsburg in Brooklyn, NY on June 1st, 2010 in the QRO Concert Photo Gallery
More

Click here for photos of Hooray For Earth at Home Sweet Home in New York, NY on April 1st, 2010 in the QRO Concert Photo Gallery

Click here for QRO’s review of Hooray For Earth at Cake Shop on February 24th, 2010

The physical CD of Momo only adds one track at the end, the interesting guitar procession “Rolling/Nectarine”, which manages to be echoing while also be brightening. But this release is for all of you out there who haven’t gotten on the H4E bandwagon yet – it’s about time…