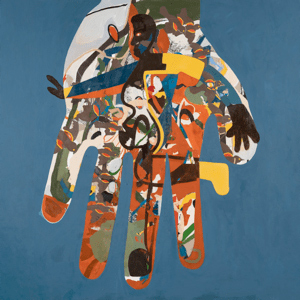 Photos of Hot Chip at Elsewhere in Brooklyn, NY on April 29th, 2019

Photos of Hot Chip at Music Hall in Williamsburg in Brooklyn, NY on February 6th, 2010

American electronica has had false starts (like the ill-fated ‘summer of electronica’ in the nineties) and roads not taken, such as the indie-dance scene of the aughts. Coming up right alongside the ‘return of rock’, popular electronica instead went the EDM DJ route, but there are still those who still fly the flag for a beautiful form of tones, such as Hot Chip on Freakout/Release.

For a long while now, Hot Chip have been able to make accessible dance music that can also be bright, not in-your-face. Freakout starts with two great pieces in that vein, the nicely funky in an appealing way “Down”, followed by the shiny, but also sweet dance tune “Eleanor”. The light of this electronica is Release’s strength, and indeed the record suffers when getting away from that (such as the over-teched title track, or Cadence Weapon’s rap that didn’t really need to be there on the otherwise expansive “The Evil That Men Do”).

Maybe DJs are remixes are the stars these days, and everyone with ProTools and a Casio thinks they can be a viral star, but there is still true beauty in the electronica of artists such as Hot Chip, shining through on Freakout/Release.