The line-up at House of Vans was almost equally balanced in punk rock, with Royal Headache, Sheer Mag, and Downtown Boys.... 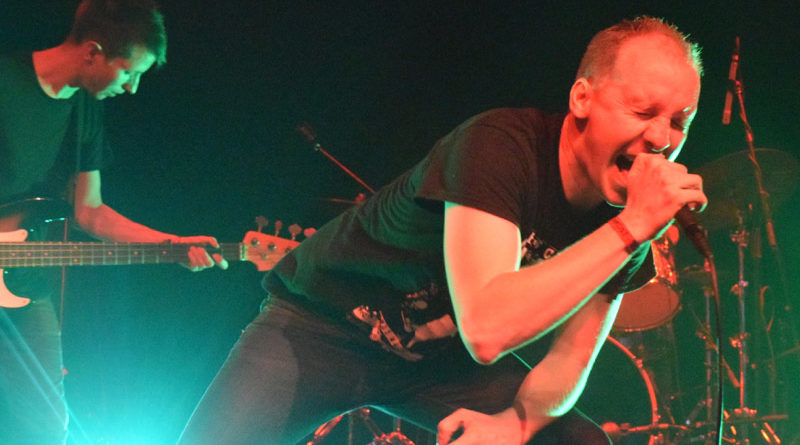 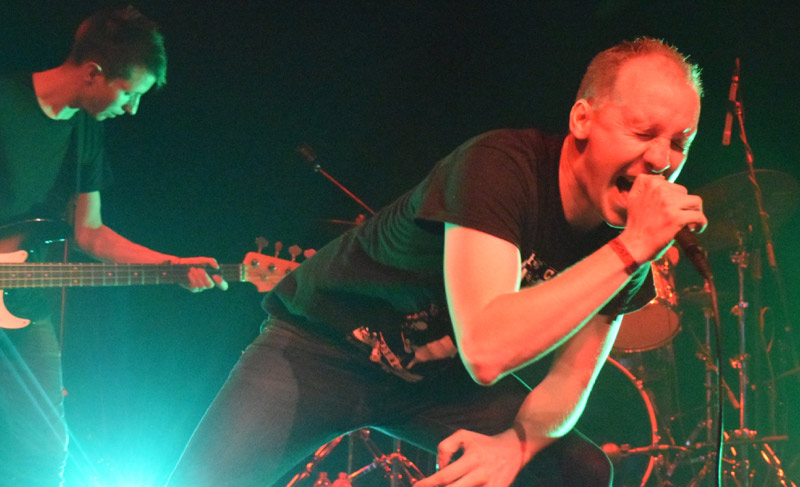 This summer, the shows at House of Vans (QRO venue review) have been all over the place, genre-wise, from big-name agit-punks Rise Against (QRO live review) to nineties alternative hip-hop artists Digable Planets (QRO live review), the relaxed indie-pop Beach Fossils (QRO live review) to the experimental instrumental Battles (QRO live review). And that’s not even counting the openers, who sometimes were wildly different than the headliners (such as in-your-face rapper Princess Nokia on the same bill as indie-dance Drums – QRO live review). For Wednesday, July 7th, the line-up was almost equally balanced in punk rock, with Royal Headache, Sheer Mag, and Downtown Boys.

It being hump day in July, it was a hot night at House of Vans. That, plus skies that threatened rain, seemed to keep the crowd from heights seen other nights – or maybe it was just that the line-up didn’t have a big headliner, but rather three acts somewhat equal on the fame scale. One could even get a burrito from the taco truck without too much wait – though perhaps that was just the heat, making Mexican food less appealing. Even the air conditioning in VIP eventually seemed to be overwhelmed, hindered by the only line inside the venue, for the free alcohol there that include mixed vodka drinks, creating the line (and annoying impatient VIP beer drinkers…). 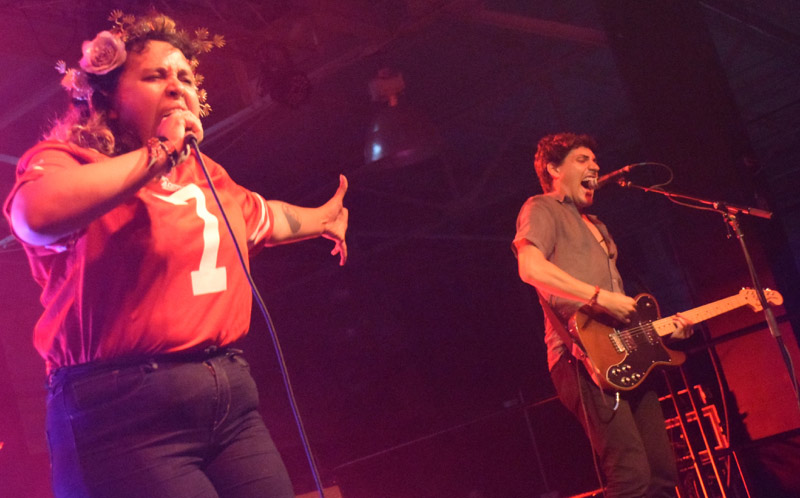 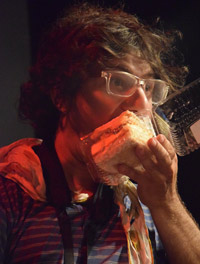 Downtown Boys opened by wishing their keyboardist/saxophonist Joey La Neve DeFrancescoa happy birthday, which included flowers (that he put in his saxophone) and cake (which he smashed into his face). The group had political punk, including long titles for songs with overly complicated words, but with a cheer that was enjoyable. And you gotta love a band that has a song about, or at least dedicated to, net neutrality (July 7th was when much of the internet had a ‘day of action’ on the issue). Frontwoman Victoria Ruiz pointed out that she was wearing a Colin Kaepernick jersey (though that football player’s political action has seemed less impressive after he said that he chose not to vote in last year’s Presidential election). 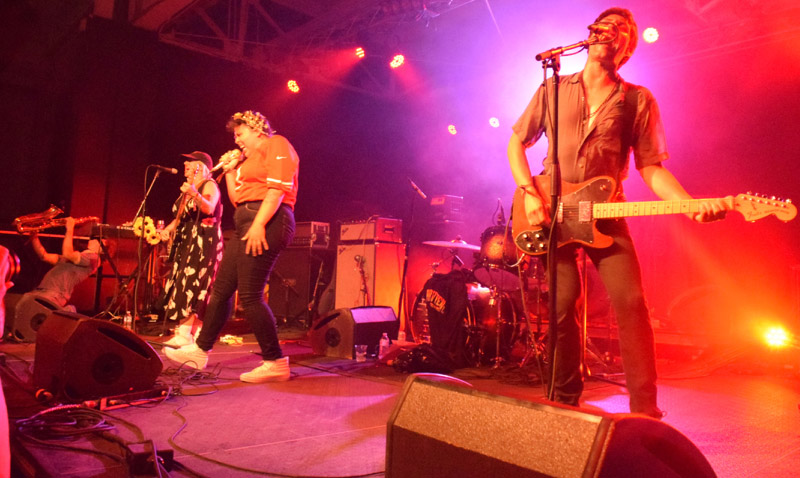 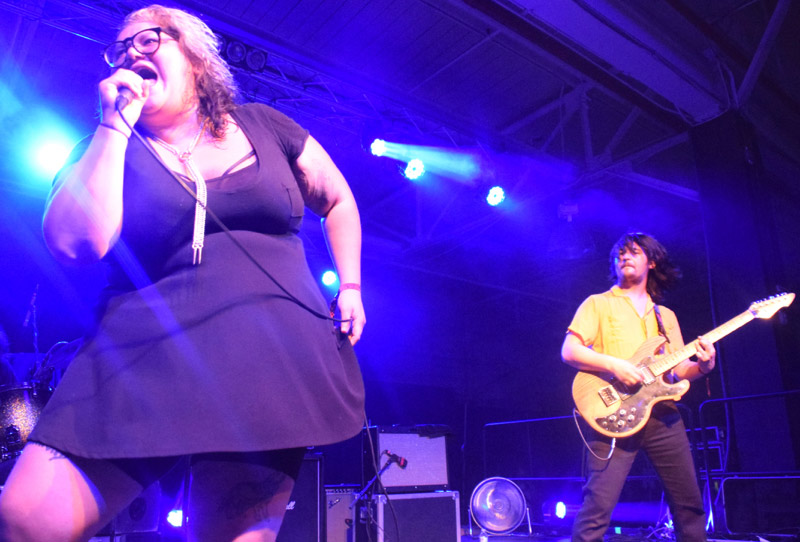 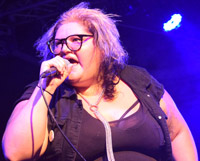 In terms of buzz, main opener Sheer Mag might have actually be the most buzzed about, coming off of Coachella & Late Night with Seth Meyers appearances last year, and their debut full-length, Need To Feel Your Love (QRO review), out two days after the show. They also hewed most away from punk of the three acts, but towards seventies guitar-grit that fit in very well. Like Downtown Boys’ Ruiz, Tina Halladay was a powerful frontwoman – though couldn’t make out what she warned that “If you don’t give up the [unknown] / Expect the bayonet”… 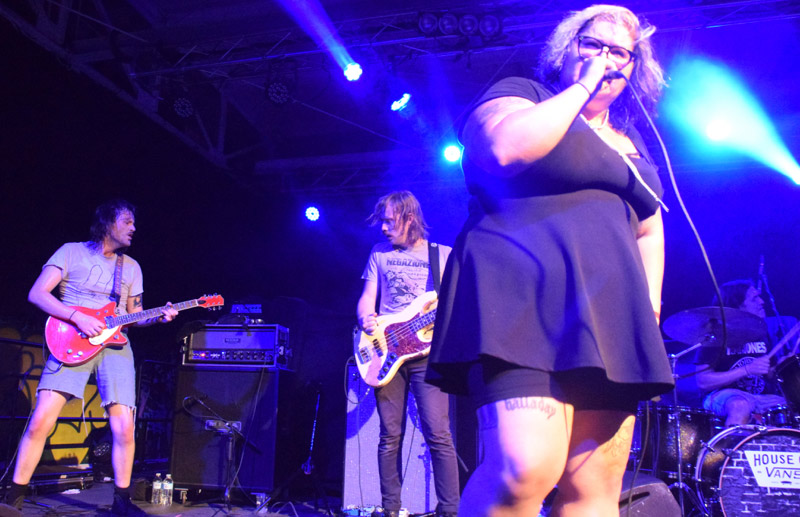 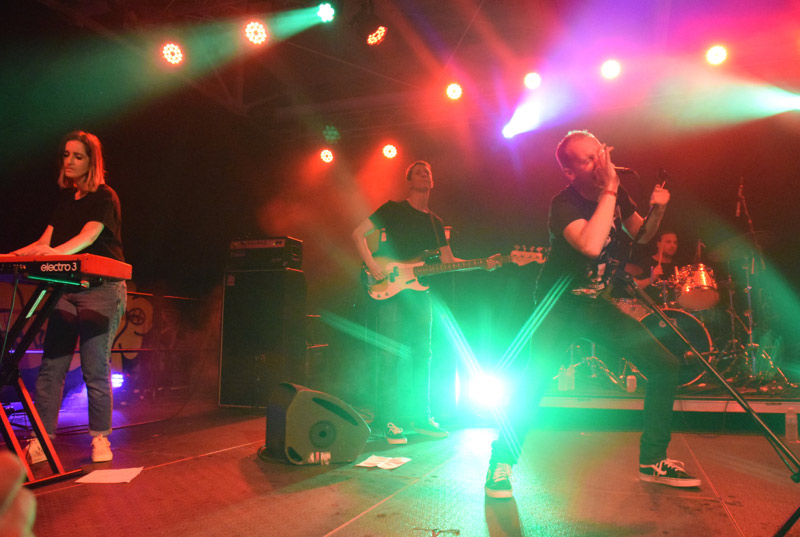 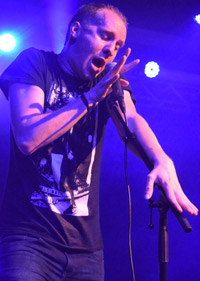 Perhaps Royal Headache headlined because they were the most experienced act on the line-up, with a whole two albums under their belt. Or maybe because they traveled the furthest, being not American but Australian. Their punk rock was also a little bit more experimental, a little bit more interesting – but still had a remarkable front person, in Tim ‘Shogun’ Hall.

House of Vans has only one more scheduled event this summer, though others still pop up (your correspondent somehow missed word of the Flying Lotus performance there the night before, until after the event – at least it wasn’t Lotus’ Sealab 2021-inspired alter-ego, Captain Murphy…): Descendents with special guest on Thursday, August 3rd. Those punk veterans should make for another hot night. 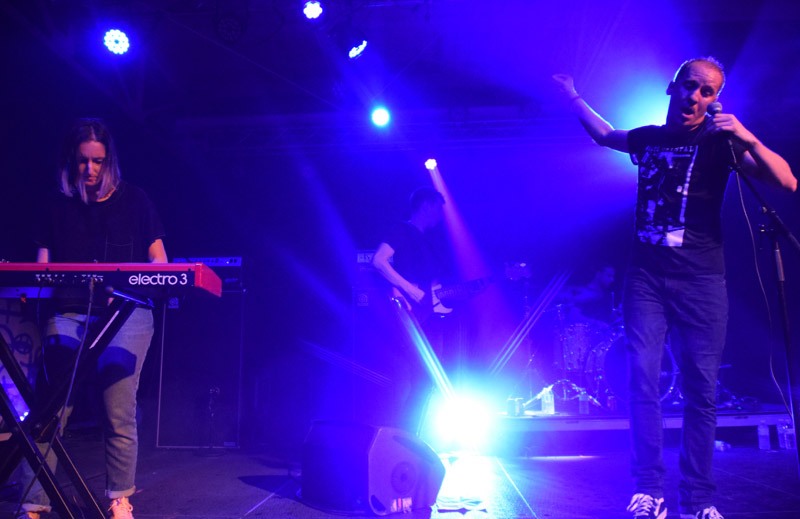