House of Vans Brooklyn closed with its final show on August 24th, 2018. House of Vans is located at 23 Franklin Street, Brooklyn, between Meserole Avenue and Quay Street,... 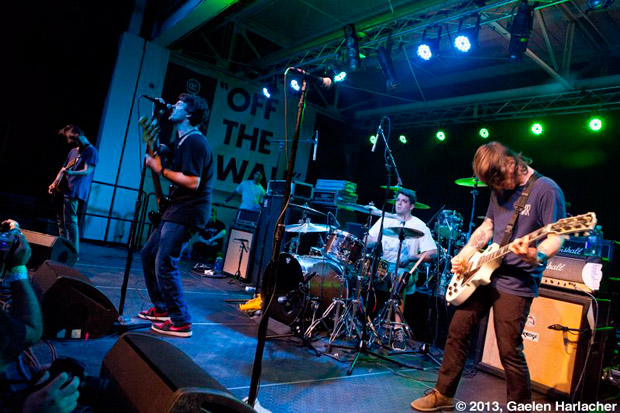 House of Vans Brooklyn closed with its final show on August 24th, 2018.

House of Vans is located at 23 Franklin Street, Brooklyn, between Meserole Avenue and Quay Street, near the East River, north of McCarren Park, west of the late Europa.  It is a warehouse and outdoor skate park.  In 2011 Vans Shoes and the FYF Fest began using the space for free, RSVP parties, though other events are held there as well.

The entrance to House of Vans is unassuming enough, just a doorway identifiable only by the security outside checking IDs.  The actual ‘house’ is a large garage/warehouse, which is poorly lit, aside from the stage to your left as you enter (there is a photo pit) – if coming in after walking to the place during the day, the change in light can be disorienting (a-la the former Studio B, which was located nearby).  At the other end is a large garage door that opens onto the outdoor skate park.  At the far end of the outdoor space is the free beer tent/bar.  There is a separate VIP room (with separate entrance) to the back right of the stage, with little ability to see or even hear the stage.

Vans House Parties understandably tend towards punk, but thankfully not skate-punk – this is Brooklyn & FYF Fest, not north Florida or Vans’ Warped Tour.  The sound, lighting, and view is ‘DIY big’ – a big stage with big crowd, loud, lights on stage and nowhere else.  While one can’t see from the outdoor area (save right in front of the door), one can certainly hear.  Surprisingly not 21+, but all-ages, the crowd still has more than its fair share of kids & locals just there for the drinking (note: the beer can run out, usually by/during the main act, or even before) – just as well, since there’s always a major scrum in front of the beer table.  Still, it’s a pretty great setting for a punk show – big & spacious, free beer, loud, and free. 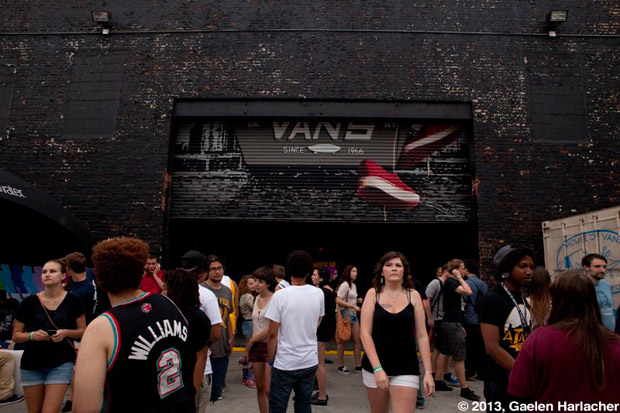