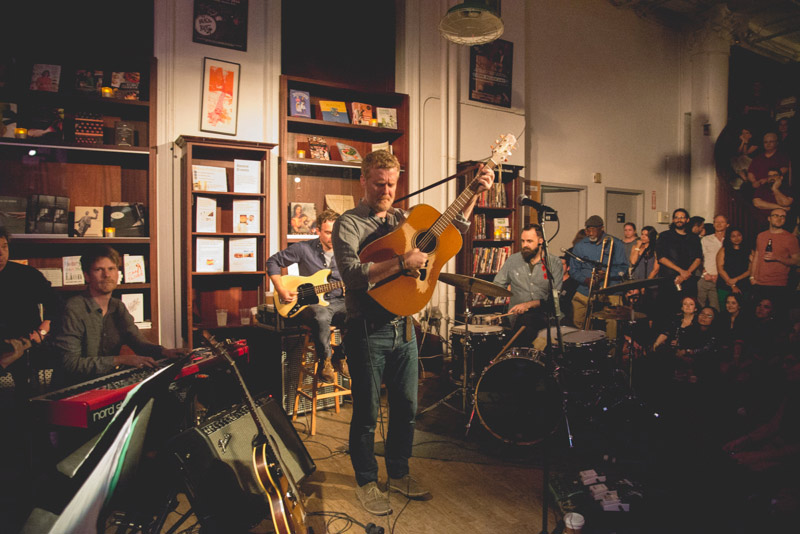 Housing Works Used Book Cafe is located on 126 Crosby Street, Manhattan, between Houston and Prince Streets.  Housing Works is a donation-based, non-profit charity dedicated to providing services to low-income and homeless people with AIDS, and their families, and is today the largest grassroots AIDS service organization in the United States.  They operate a number of thrift shops in New York City, including the Used Book Cafe.

The long, thin bookstore has bookshelves along the wall, as well as two second-level mezzanines on either side.  The temporary stage, maybe a foot or two off the ground, is at the far end of the store, to the right of the entrance (in front of the Classical/Opera and Dance/Jazz bookshelves).  There are tables and chairs to the house-right of the stage, and around the corner to the direct left.  An unseated space is to the house-left of the stage, with a bar beyond it, at the end of the store.  Two individual bathrooms are to the direct right of the stage.

The paid shows at Housing Works fall under the ‘Live From Home’ events.  The acts tend towards both the singer/songwriter and alt-country/folk, along with readings by authors.  Much more intimate than say, Union Square’s Barnes & Noble or former Virgin Megastore, you get a more literate and familiar crowd.  But the biggest advantage has to be the bar, a rarity at an in-store location (the former Sound Fix Records had one).  The selection isn’t that wide (though does include wine, a bookstore’s variety of coffee, and even chips & vegetarian quiches), it does have the added value of being for charity, giving one an extra reason to drink (though the staff, all volunteers, are not expert bartenders – expect a hold-up if paying with a credit card).  The actual concerts aren’t that frequent, but there’s really something to be said for seeing a band for free and drinking – and feeling like you’re supporting a local bookstore & an AIDS charity. 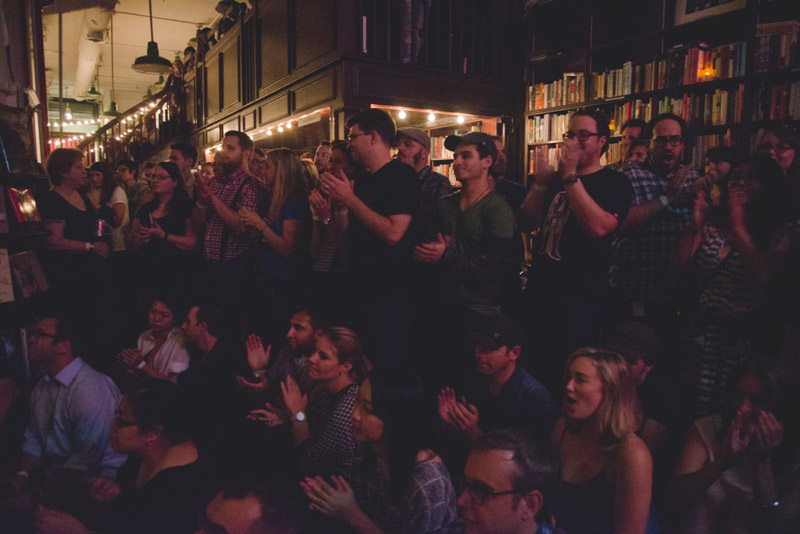