How To Destroy Angels – Welcome Oblivion

How To Destroy Angels’ first full-length is finally here.... 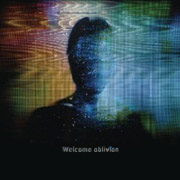 So here is the story: In 2010 Trent Reznor of Nine Inch Nails fame announced that he had a new band with wife Mariqueen Maandig and longtime Nine Inch Nails collaborator Atticus Ross called How To Destroy Angels.  Almost immediately thereafter they released a self-titled free EP comprised of six songs and everyone’s question became, “When will you release a full-length album?”  Reznor promised all along that a full-length was coming soon.  He and Ross then got busy with their foray into film, providing the scores for two David Fincher films, The Social Network and the American adaptation of The Girl With the Dragon Tattoo.  Then, towards the end of 2012, How To Destroy Angels reemerged with yet another EP entitled An Omen (QRO review).  Again, and maybe more so this time, the question about a full-length release remained.

Now we find ourselves in 2013 and How To Destroy Angels’ first full-length Welcome Oblivion is finally here.  But right off the bat, for people who have been paying attention, there is one minor complaint: thirty percent of its songs we have already heard.  Four of the songs from An Omen are repeated on this album.  In the grand scheme of things, is this all that big of a deal?  Probably not.  Yes, there are nine new songs, but with as much of a workaholic as Reznor is and how richly his creative juices have been flowing the last several years, not to mention all the hype and desire surrounding a full-length album, it would not seem too far fetched to get a complete album’s worth of new material out of these guys.

That being said, the songs as they are on Welcome Oblivion are amazing and extremely well crafted.  There are many instrumental tracks, which help this album to feel like a complete body of work as opposed to individual songs all thrown together.

The record’s title track is especially cool.  It builds and gains intensity until it completely disappears into the next song, the exquisite “Ice Age”, which listeners of An Omen will be familiar with.

Almost every piece on Welcome Oblivion features a signature electronic beat for which Trent Reznor and Atticus Ross have become known.  This is may be the only area where Welcome Oblivion falls short and risks redundancy, but in the vein of How To Destroy Angels – maybe because of Maandig’s vocals – it still seems fresh and ominous and fulfills everything they are going for in terms of sound.  Maandig’s vocal capabilities aren’t over the top by any means and that isn’t meant as a slight, as her vocal style fits perfectly with this band’s sound.  What is more interesting is having a style of music which screams Trent Reznor’s involvement and not hearing him on lead vocal duties.  He does appear here and there as a background vocalist and is a perfect match with his wife.  Nowhere else on the album is this better evidenced than the choruses of the awesome “How Long?”.

The great thing about Welcome Oblivion is that it starts off stellar and stays interesting through to the end with the complexly layered and instrumental closing number, “Hallowed Ground.”

The bottom line here is that while it was a bit of a cheap move to put several songs on this album that had already been released, overall Welcome Oblivion a winner.  It succeeds in the ways it’s trying to and the faults are few and far between.  With Reznor’s recent announcement that Nine Inch Nails is returning it will be interesting to see how long it is before another How To Destroy Angels release surfaces.  Welcome Oblivion might have to tide listeners over for a while.

How To Destroy Angels – How Long?