The term ‘underappreciated’ is overused, but Hüsker Dü truly were, being one of the greatest punk acts of the eighties (or any decade).... 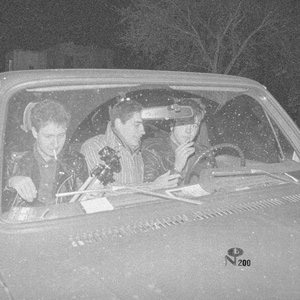 The term ‘underappreciated’ is overused, but Hüsker Dü truly were, being one of the greatest punk acts of the eighties (or any decade). Yet they have had a contentious legacy, from their initial break-up to posthumous cash-in live record The Living End to being one of the many acts on eighties punk label SST to later have problems with that label & its mercurial owner. In the Twin Cities, singer-drummer Grant Hart, singer-guitarist Bob Mould, and bassist Greg Norton formed an epic outfit that combined hardcore punk with modern rock art & skill, and now their early years get the full deluxe edition, multi-disc treatment in Savage Young Dü.

This is a Savage release, but also one with the heart of young men making their way early eighties punk scene. At sixty-nine songs, clocking in at two hours and 43 minutes, it’s a mammoth release, with some previously released material, some unreleased versions of released songs, and some brand new tracks. Before this, the early years of Hüsker Dü were chronicled in a few seven-inches (compiled into the excellent-in-its-own-right early compilation, Everything Falls Apart and More), 2013’s from-the-vault Amusement EP (QRO review), which served as a kind of appetizer for Savage, and their first full-length, Land Speed Record. That material is included, in one form or another, along with new versions & new material.

Like Everything Falls Apart and More, Savage Young Dü opens with the band’s ‘signature song,’ “Do You Remember” (the band’s name is “do you remember?” in Danish, and the name of a popular memory board game). Though a different version than Everything, it is almost identical, a fun kiss-off to the old that’s a little on the nose (there’s also a live version much later in the release). The first never-released songs display Hüsker at their most proto-, including a pop/rock direction (“Can’t See You Anymore” and “Truth Hurts”) that they thankfully didn’t go down. Choice early originals include their cover of Johnny & The Thunders’ “Chinese Rocks” (also made famous by The Ramones), kiss-off to local politician (and not the U.S. president) “Uncle Ron”, and the fun “Insects Rule the World” & “You’re Too Obtuse” – great numbers that one can understand them setting by the wayside. The first disc includes two from Everything, epic “Statues” and powerful “Amusement”, plus two from Amusement, well-done speed-punk “Let’s Go Die” (a faster live version is also included later), and the catchy “Writer’s Cramp” (gotta love a song that mentions telegrams…). It closes with the fun “Industrial Grocery Store”, which is very reminiscent to their classic cover of “Love Is All Around”, the theme song to The Mary Tyler Moore Show (also from Minneapolis).

Disc two opens with some live versions of never-before-heard songs. While “Drug Party” isn’t quite contemporaries Black Flag’s “TV Party”, it is a great addition (it was a go-to when there were guitar difficulties, as the bass & drums lead the show). There’s also the rough punk call to action “I’m Tired of Doing Things Your Way”, and a muddier version of Everything’s “Wheels” (the original is later in the release). But the bulk of the second disc is another take at Land Speed Record. That SST album was recorded live, and while that recording’s master copies are lost, relying on second & third generation copies, Savage Young Dü draws from a second live session from two weeks later, with almost the exact same set list, making for a superior recording (also, on iTunes the CD of Land just breaks out the album into two tracks, one for each side of the original LP, whereas Savage has each track individually). Land Speed Record, recorded & played at hardcore speed, has often been overlooked and even derided by Hüsker fans from the lofty artistic perch of where the band would go later, but has its strong live pieces such as speedy opener “All Tensed Up”, the bigger hardcore of “Push the Button”, memorable “Don’t Have a Life”, and classic “MTC”. The disc ends with live versions of “Let’s Go Die” and Hart’s classic “Diane”, and unheard songs such as “Sex Dolls” (whose shouted title chorus sounds a lot like “homosexuals,” an accidental acknowledgement of Mould & Hart’s non-heterosexual status, something that was kept close to the vest in the homophobic early eighties).

The third and final disc (its four records) is mostly material previously compiled on Everything Falls Apart and More, but that’s a rare ‘collection of early singles’ compilation that holds up as a record on its own. Such songs as the classic “In a Free Land”, two versions of the kiss-off to rock snobs “Target”, drilling “From the Gut” “Blah, Blah, Blah”, the accomplished title track, and Hüsker Dü’s other classic cover, Donovan’s “Sunshine Superman”, all still hold up, whether you first heard them in the early eighties, early nineties (when More was release), or today. Savage Young Dü closes with two more original pieces, the more interesting (if rough) “Travel In Opposite Car” and hardcore close “It’s Not Fair”, and live early versions of “It’s Not Funny Anymore”, “Real World”, and “Out On a Limb”, later to recorded (along with “Diane”) for classic EP Metal Circus. “Real World” should be noted for not just pre-dating the MTV series, but specifically for being a punk calling out the ridiculousness of would-be-anarchists.

Being a collection of punk recordings from the early eighties, the production is not exactly as slick as today’s, but it extremely impressive remastering given its origins. It would be easy to lose each instrument under the layers of noise and speed, but each member of the trio’s contributions come through on their own, and as part of each whole.

There’s also a 144-page booklet detailing the band’s early history, in detail, from their upbringings to how they all met (apparently Norton stole Hart’s job…) to start of the band (as “Buddy & The Returnables” with quickly discarded keyboardist/thought-himself-the-frontman Charlie Pine) to early gigs (Twin City punk locales & locals get shout-outs) to tours (including epic three-year “Children’s Crüsade”, all dates listed) to recordings & labels. Erin Osmon’s biography doesn’t ignore such issues as the band’s liberal use of drugs and alcohol (mostly speed, unsurprisingly), nor Paul Hilcoff’s “Hüsker Tünes” descriptions of each recording session fail to call out some lesser tracks.

Savage Young Dü is obviously for Hüsker die-hards, of which the band has had many, giving them the ‘cult’ status. It’s also ‘only’ a window into their formative years, and not the acclaimed work they would later create. There is the overstuffed nature of the multi-disc release, and repetitions in both previously released material & on this release. And hanging over it all is the recent death of Hart (QRO interview), after the compilation’s completion but before its release. But it more than fulfills its mission of telling an origin story through the music it made, the birth of this underappreciated legend.