The time could at last be here for the city as there are a number of interesting bands emerging causing seismic waves in Nottingham.... 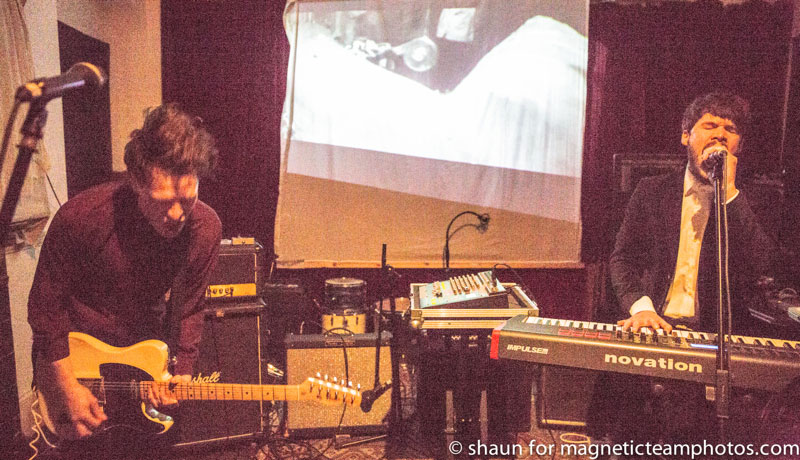 Click here for photos of I Am Lono at Bodega in Nottingham, U.K. on December 4th, 2021 in the QRO Concert Photo Gallery

Click here for photos of I Am Lono at Bodega on January 25th, 2014 in the QRO Concert Photo Gallery

Nottingham, England, may be a city with a strong cultural identity, with its icon of Robin Hood, its sporting excellence, and fine lace famous from the Victorian era that is still being produced today.  What is significantly missing compared with some other English cities such as Liverpool and Manchester is a musical scene or an iconic band – even neighbouring Leicester have Kasabian, for Christ’s sake!  The only significant band with any artistic credibility to emerge in the last thirty years is Tindersticks, who have produced a back catalogue of immense quality.  The dichotomy of this is that Nottingham has such a plethora of venues from pubs to arena’s that have hosted everyone from Bowie to Nirvana.  The time could at last be here for the city as there are a number of interesting bands emerging causing seismic waves in the city generating a genuine belief.  One such band appeared at one of the best small venues in the city (Chameleon Arts Café) are I Am Lono, and QRO went along on Friday, 28th February, to check them out and have a pre-gig chat. 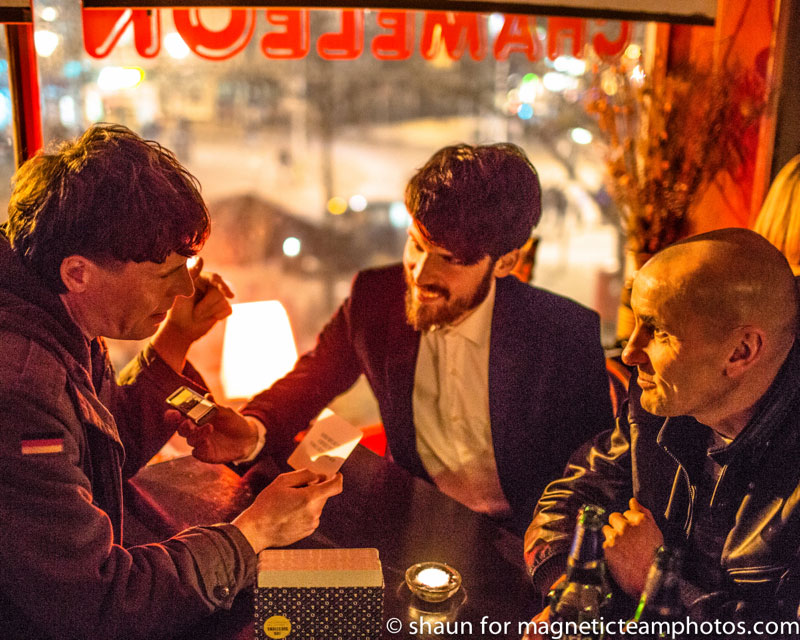 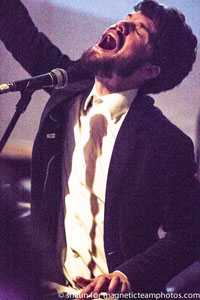 The band is a two-piece compromising of Matthew Cooper on vocals and keyboards, and Dave Startin on all things guitar.  They discussed how they had bonded over a passion for the cinematic film scores of Moroder, Carpenter and Morricone, and then set about condensing the soundscapes they were producing for a local short filmmaker into more easily digestible fragments.  Their debut EP was released a year ago comprising two tracks “Leland” and “In Sides”, and the performance at the Chameleon was a launch party for their latest EP, “Too Bright” and “Simone”.  The EP is a peek into the schizophrenic musical ethos of the band, with “In Sides” being a minimalist electro pop workout and “Simone” a raging frantic beast of a track delving into the darker side of sexuality with all its possible corruptions.  It would be an obvious task to try and attempt to dissect the influences and inspiration they draw from but the quote from Jim Morrison (one of there inspirers) says it all, “I’ve always thought comparisons were useless and ugly.  It is a short cut to thinking.”  The name of the band, however, opens up another Pandora’s box of enigmatic concepts, as it is based on Hawaiian mythology, and Hunter S. Thompson arriving in Hawaii in 1981 wearing the head of a Marlin as a mask, believing he was the resurrected god!  QRO reviewed them at the Bodega Social Club on the 29th of January where they were supporting Outfit (QRO live review), describing them as producing, “A set that was a master class as a support slot, creating a short sharp dynamic that will remain, creating a new respect that their rejuvenation deserves.”  Looking back now it almost seemed that the task of being the support slot allowed the musical vortex to shimmer rather than shake and only one head of the hydra was allowed to roar, almost in respect to Outfit’s pop aesthetic. 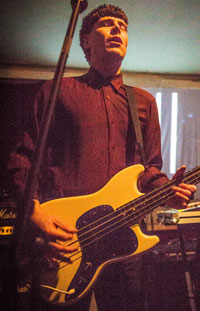 However, the performance as headline at the Chameleon was without doubt a more candid snapshot of where they stand at this juncture of their career.  Both EPs were covered, along with more new material to be released later this year.  The stage was small but Startin was a dervish jerking and twitching on every beat whilst Cooper showed that playing keys doesn’t mean no style or substance.  The set was immense and they are in the process of arranging further dates in the very near future, “the North will rise again…” 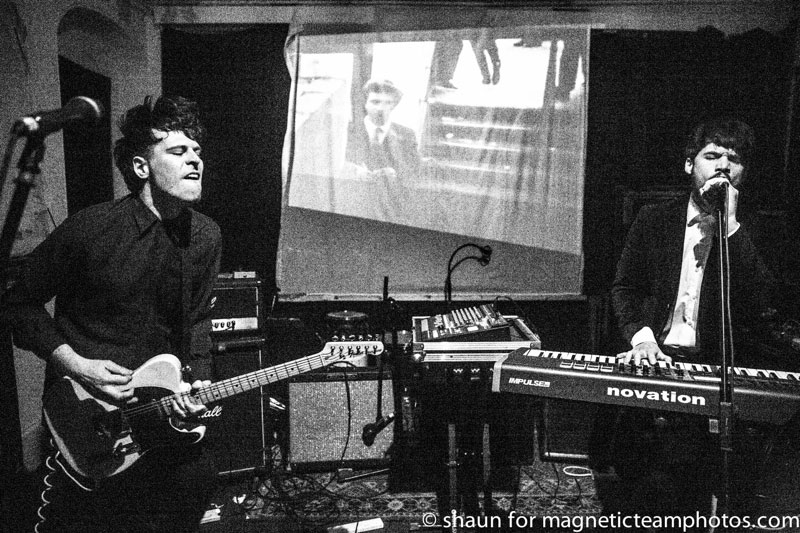