There’s nothing subtle about The Adelphi in Hull.... 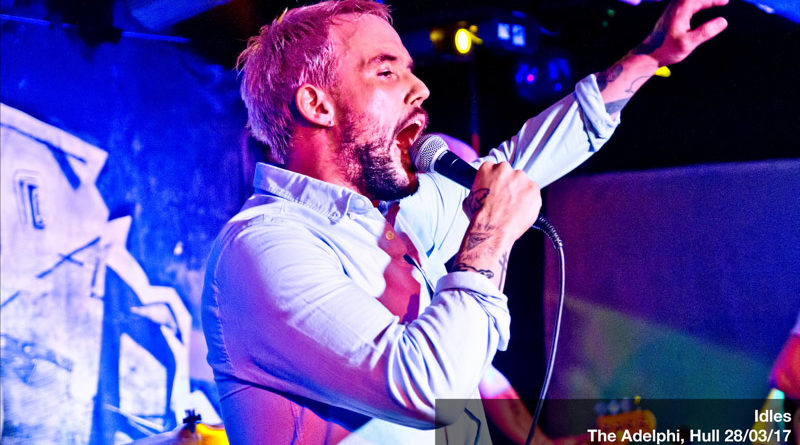 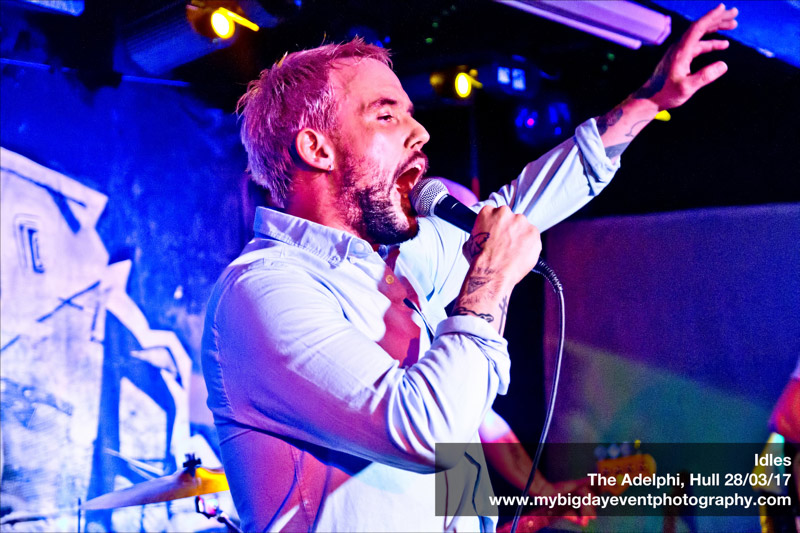 There’s nothing subtle about The Adelphi in Hull. Imagine ripping the walls and furniture out of the downstairs of an small end terrace, sticking a low stage at one end (it has to be low because the steel roof beams are a serious hazard to any performer over five foot five) and a bar at the other, paint the walls bright blue and yellow, ornament with an archipelago of random red leather and you’re there.

On this visit, Tuesday, March 28th, the walls were full of posters for music events under the City of Culture banner, probably the nearest Charlotte Church has ever got to the venue, all of which have been amended in black marker to read “City of Vultures”.

It’s as up close and personal as you’ll ever get and it seems like just about the perfect venue to see Bristol post punks Idles for the first time. 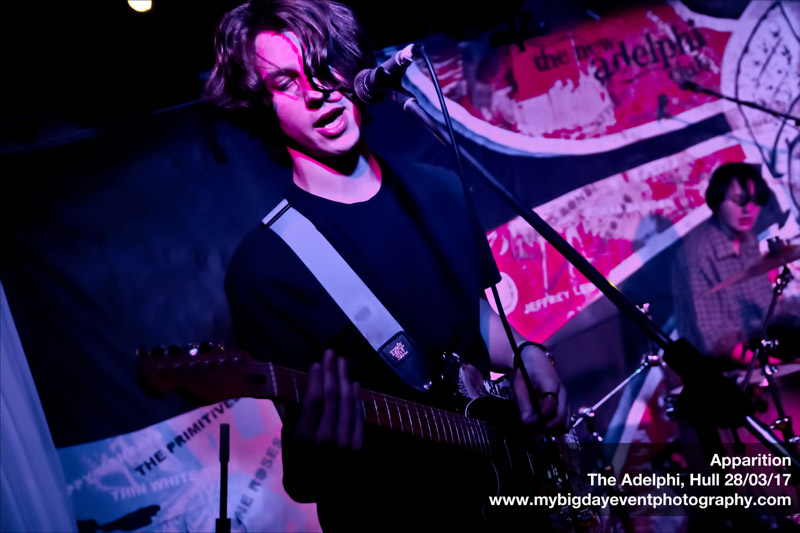 First up were two up-and-coming Hull bands – you can always be sure of an interesting undercard at The Adelphi – and tonight it was psych grunge duo Apparition, who were fast and loud and in your face, followed by some energetic indie from Brosnan, who really do take their name from their favourite James Bond. They probably think Peter Davidson is the best Dr Who too. 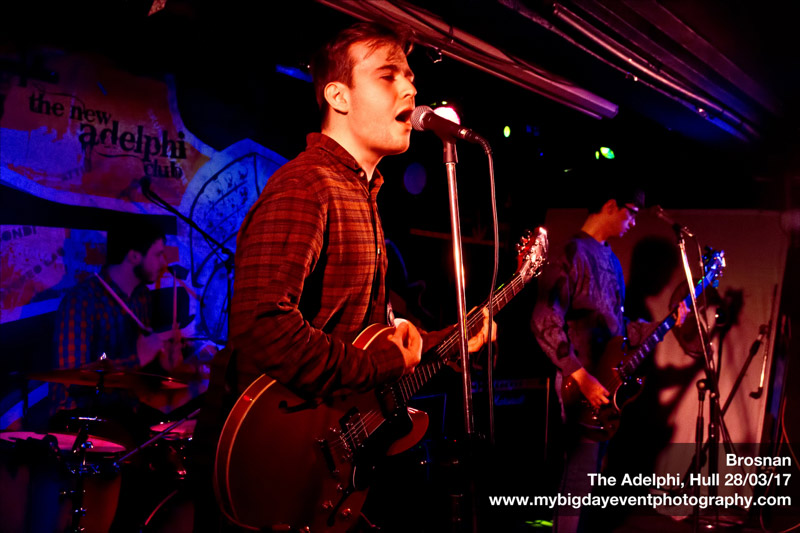 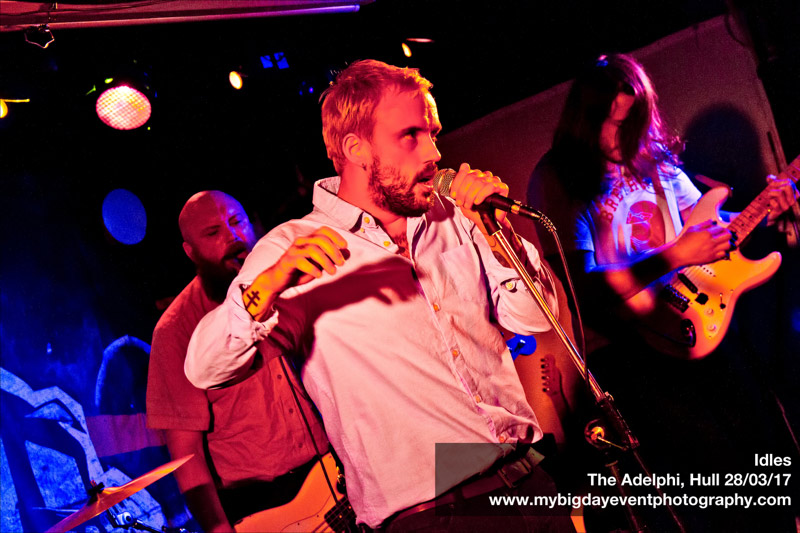 Click here for photos of Idles at 2021 Shaky Knees in Atlanta, GA in the QRO Concert Photo Gallery

Click here for photos of Idles at Terminal 5 in New York, NY on October 15th, 2021 in the QRO Concert Photo Gallery

Click here for photos of Idles at Rock City in Nottingham, U.K. on October 25th, 2018 in the QRO Concert Photo Gallery

Click here for photos of Idles at Music Hall of Williamsburg in Brooklyn, NY on September 22nd, 2018 in the QRO Concert Photo Gallery

Click here for photos of Idles at 2018 Primavera Sound in Barcelona, Spain in the QRO Concert Photo Gallery

Idles have been a force on the Bristol music scene for years but their most recent releases, particularly 2016’s Meat/Meta EPs and this year’s Brutalism album have raised their profile nationally. They’re as unsettling as the Fat White Family and as politically caustic as Sleaford Mods, but with an art punk sensibility that puts me in mind of Art Brut.

For a band whose mission statement is to hurt and entertain in equal measure and whose gigs are frequently reviewed as being sweat pits filled with anger, Idles seemed remarkably benign this night. Admittedly lead vocalist Joe Talbot has one of the most penetrating stares since Killing Joke and there wasn’t a lot of between song chat (other than occasional “We’re coming for you, Damian”s directed at their stand-in guitarist for the night), but they looked to be having a good time and they were clearly pleased to be at the Adelphi, whose status on the small venues circuit seems to be verging on the legendary.

There’s a lot of old fashioned punk anger in their lyrics – a rage against predictability and quotidian tedium.

”I want to move into a Bovis home / And make a list of everything I own,” they sing on “Heel/Heal” and there’s plenty of good old-fashioned class politics too. “How many optimists does it take to change a light bulb? None! Their butler changes the light bulb.” 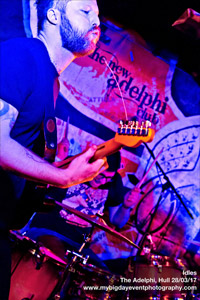 The streak of mordant humour runs throughout them and it was a relief when the songs that got the biggest cheers from the crowd were also my favourites – “Well Done” and “Stendhal Syndrome”. I’d half expected a kind of song preference shibboleth – “If they’re your favourites then you’re not a proper Idles fan” – but that didn’t happen. This isn’t rapier wit by a long chalk, but it is dark sledgehammer humour at its best.

“Stendhal Syndrome” (named after a condition in which the sufferer is apt to become overwrought in the presence of great art) in particular carries one of the heaviest loads of irony I’ve ever encountered:

“Did you see that painting what Rothko did? Looks like it was painted by a two year old kid”

It was followed by a snarling chorus of “Hot Air”. It’s a withering two-fingered salute to people who think art should be easy and pretty, neither of which adjectives could be applied to Idles, but they’re as sharp and tight as you could wish. “Mother” was a particular highlight, the bastard successor of that Monty Python sketch about getting up at three in the morning and walking twenty miles to school. It features the line, “The best way to scare a Tory is to read and get rich.”

All this music and careers advice too. 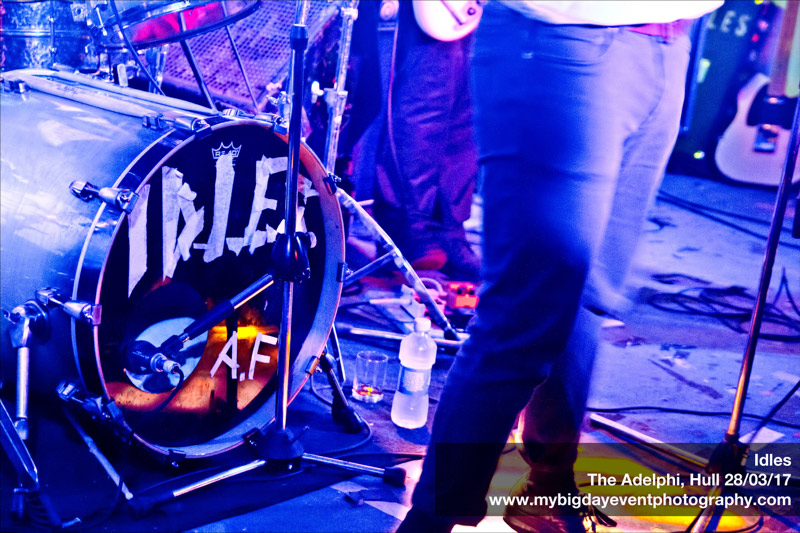 The Jesus and Mary Chain – Damage and Joy