Big selling act Incubus decided to do something a tad unorthodox on their tour - focus on the music. ... 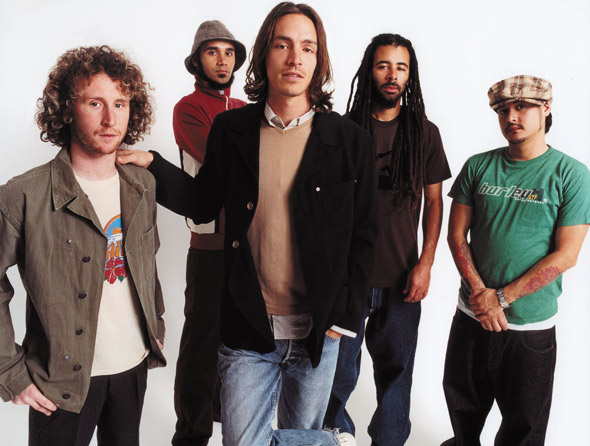 It was announced back in early August that U2’s 360⁰ Tour was one of the top-grossing tours of all-time with a whopping $736 million.  There were many factors that made the tour a success, but the biggest (literally) was the stage setup.  Nicknamed “The Claw”, it was a staple for every U2 performance and is considered one of the most unique and visually appealing stages to date.  After all, eight of the top ten grossing tours are from arena rock bands.  And it’s expected that if you’re a big rock band, you have the live visuals to back it up.

And then there’s Incubus.  A band one might have pre-maturely deemed arena rock, lumping them with The Rolling Stones’ and Bruce Springsteens’ – based on a variety of factors.  The band was founded exactly twenty years ago and in those two decades, has seen their albums go platinum over eleven times and gold five times.  Incubus was in the midst of their If Not Now, When? tour, promoting the latest album (QRO review).  Brandon Boyd and co. decided to do something a tad unorthodox – focus on the music.

LED lights and three dimensional gimmicks aside, the band simply blew the dust off of their discography and let that do all the talking.  Each date on the If Not Now, When? tour varied more so than the usual.  Album rarities once thought to never see the light of day were the staple of each tour date.  While many bands tend to play their newest release for the tour or shy away from a recent flop by playing the classic favourites, Incubus walked the fine line and succeeded with flying colors.

Quintessential Incubus classics, such as “Pardon Me”, “Drive” and “Nice To Know You” (which was extended on both nights attended) were in full, while hard-hitting favorites off of If Not Now, When? including “In the Company of Wolves” and recent single “Adolescents” proved that the band still has what it takes to write a successful song to this day.  Rarities among the two days included (but certainly not limited to) “Glass”, “Punch Drunk”, “11am”, and “Have You Ever”.  Be sure to catch this band on their remaining dates.

Click here for photos of Incubus at 2019 Shaky Knees in Atlanta, GA in the QRO Concert Photo Gallery

Click here for photos of Incubus at 2018 Riot Fest in Chicago, IL in the QRO Concert Photo Gallery

Click here for photos of Incubus at Cynthia Mitchell Woods Pavilion in The Woodlands, TX on August 19th, 2015 in the QRO Concert Photo Gallery

Click here for photos of Incubus at Nikon at Jones Beach Theater in Wantagh, NY on August 15th, 2012 in the QRO Concert Photo Gallery

Click here for photos of Incubus at The Backyard in Bee Cave, TX on October 1st, 2011 in the QRO Concert Photo Gallery

Pardon Me
Wish You Were Here
Adolescents
Anna Molly
Promises, Promises
If Not Now, When?
Circles
Consequence
Are You In? (snippet of “Riders On the Storm” by The Doors in the middle)
Vitamin
In the Company of Wolves
Defiance
Talk Shows on Mute (acoustic)
Punch Drunk
Look Alive
Dig (remix)
Drive
Nice To Know You (Extended intro)
Encore:
Megalomaniac
Tomorrow’s Food

Megalomaniac
Wish You Were Here
Adolescents
Anna Molly
Promises, Promises
The Original
Have You Ever
Consequence
Are You In? (“Riders On the Storm” snippet)
Glass
In the Company of Wolves
Defiance (acoustic)
11am (acoustic)
The Warmth
A Kiss to Send Us Off
Dig
Drive
Switchblade
Nice To Know You (extended intro)
Encore:
Pardon Me
Tomorrow’s Food
Tags
Incubus
Categories
Concert Reviews
OLDER ARTICLE