<img src="http://www.qromag.com/wp-content/uploads/2011/09/incubusifnotnowwhenL.jpg" alt="Incubus : If Not Now, When?" /><br /> Based on the sound of this latest effort, Incubus are now more easily pictured as a group of matured... 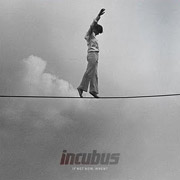 It’s hard to believe that back in 1998 Incubus was on the bill for the hard-rocking Ozzfest.  To listen to them in their early days and compare that to the sound of their latest album If Not Now, When? is to witness quite an evolution.  Some folks may not enjoy such a drastic change – particularly those who enjoyed their heavier side.

Back in 1997 with their second album S.C.I.E.N.C.E., certain elements of their music could have easily been confused with Limp Bizkit.  They could be pictured as a group of southern Californian punk kids who just wanted to surf and jam.  Then, in 1999 with the release of Make Yourself, they moved in a more space-rock direction that lasted through Morning View two years later, still with a fairly heavy element.  Then, in 2004 with the release of A Crow Left of the Murder… they demonstrated more of a funk-based roots rock sound that continued to mellow up through their last album, 2006‘s Light Grenades.  Now, based on the sound of this latest effort, they are more easily pictured as a group of matured gentlemen who prefer to hang at home and enjoy some steak and red wine.

Guitarist Mike Einziger seems to have been on a quest throughout Incubus’ last several albums to create ornate and beautiful soundscapes and nowhere has that been more present than on this album.  The music on If Not Now, When? is extremely melodic, ethereal, and gentle as evidenced on songs like the album’s title track and opener "If Not Now, When?", "Friends and Lovers", "In the Company of Wolves", and the closing track "Tomorrow’s Food".

Those who enjoy the heavier side of Incubus will no doubt be left wanting more with this set of songs.  Things don’t pick up in terms of feel and tempo until near the album’s end and even then it’s only with the one song, "Switchblade", which is a groovy tune that features a hammering beat by drummer Jose Pasillas that compliments lead singer Brandon Boyd’s rhythmic lyrics.

When Incubus first started out, many of their fans, like them, were teenagers and have since become adults.  Incubus’ evolution in terms of sound when looked at from that perspective is even more interesting.  Their progression can be viewed as an unruly youth who has matured through the experiences of life and has now arrived full circle at a place of maturity and balance.

Overall, If Not Now, When? is a relaxing foray into a sound that Incubus can and should be proud of.  Is it their best work to date?  No.  But any time a band consciously makes the choice to not continually recycle a sound they have had success with in the past, it’s a thing worthy of respect.