QRO got to talk to UB40's Ali Campbell and we started out by asking him about the inspirations behind the new album, 'A Real Labour of Love', and more.... 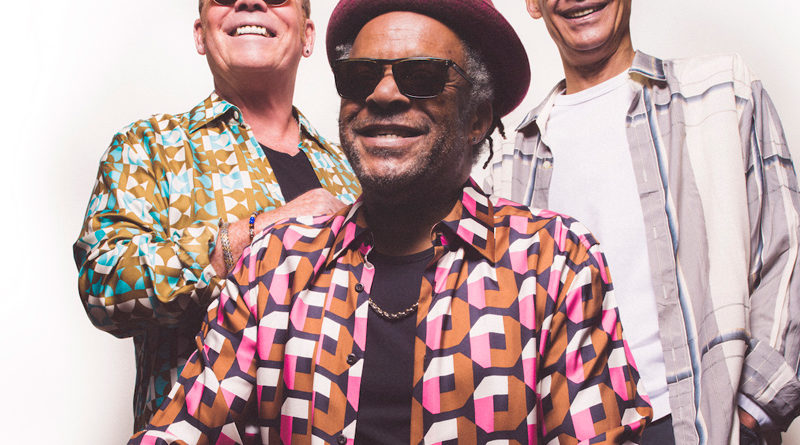 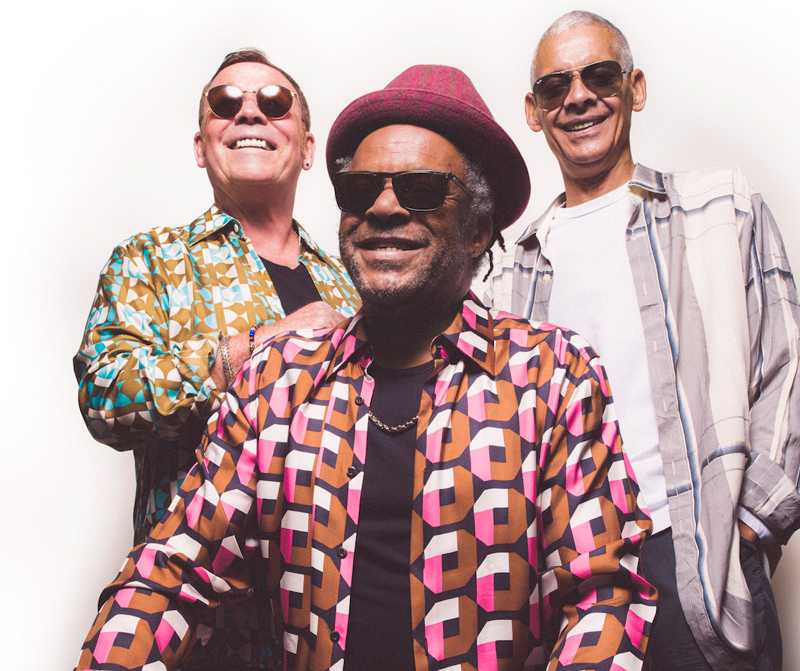 As founding members of Britain’s biggest reggae band UB40, singer Ali Campbell, second vocalist Astro and keyboardist Mickey Virtue topped the U.K. singles chart on three occasions and sold 70 million records as they took their smooth yet rootsy musical blend to all corners of the globe. Now with A Real Labour of Love, the trio gives us a fresh take on the legendary series of albums, putting the focus primarily on reggae tracks from the 1980s.

We got to talk to Campbell and we started out by asking him about the inspirations behind the new album: 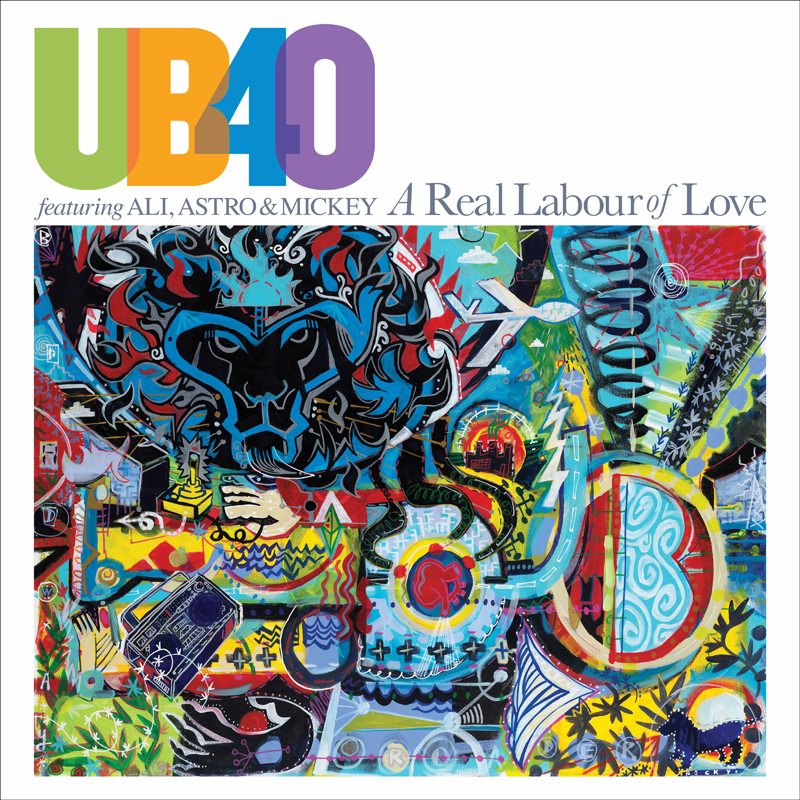 QRO: First of all congratulations on a fine new album. It’s got the real classic UB40 feel – a bit cheeky, a bit sly, a bit chilled, a bit romantic. It’s going to be very popular with the fans, I’m sure of that. And it sounds like you were all having a lot of fun in the studio.

Ali Campbell: Well yes, we loved it. It’s a delight to go into a studio to record songs that you already know and that you love. That’s why we called them the Labour of Love albums. We’ve called this one A Real Labour of Love just to differentiate it, but they were very successful albums. We sold more than 21 million of them and some of our biggest hits came from them, including “Cherry O Baby”, “Kingston Town”, and “Red Red Wine”.

QRO: What made you decide that the time right for a new version and what’s special about the songs on this one?

AC: They’ve been asking us for a long time to do another one, so we thought that enough time had passed and we should give it a go. The songs that we cover on this album are all over thirty years old now. They’re the songs that we listened to when we were on the road with the first Labour of Love album. When we made that album we were we were just covering the songs we grew up listening to – the songs that made us love reggae in the first place – whereas this one takes us into the ‘80s. These are the songs from when I was in Jamaica. They’re all classics and big hits in the reggae world and we’re trying to bring them to a new audience.

QRO: I’ve spent a long time on YouTube and elsewhere tracking down the originals of some of these songs, and it has reminded me just how powerful great pop can be. How were the songs for this album chosen and did they bring back a rush of memories for you of the time when you first heard them?

AC: Well most of them are reggae classics that I was listening to in the ‘80s like JC Lodge’s “Telephone Love” and “Strive” by Shinehead, which is a great record. And then of course there’s “She Loves Me Now” by the great Dennis Hammond, which is the first single from the album. There’s a really nice and funny little film to go with it and you can find that online. These are the sounds that made us love reggae in the first place and when me and Astro sat down and started to draw up a list we were like all we got to have some Dennis and we’ve got to have some Gregory. It really is a joy to do these albums. It’s always nice doing your own material but it’s a lot easier and more fun to cover songs that you love. It’s only what The Beatles did and the Stones and The Who, but they loved blues and we love reggae. Their hero was Bob Dylan, and mine was Bob Marley.

QRO: It sound like you’re still as passionate as ever about making music.

AC: It’s the best job ever and I think I’ve got the hottest reggae band in the world right now. I think this is the best thing we’ve done in 25 years.

It’s a delight to go into a studio to record songs that you already know and that you love.

QRO: How does your approach to a covers album differ from making an album of original material? It must be important to avoid doing anything like a note for note copy.

AC: If there’s a secret to it, it’s that you have to stay true to the melody because that’s why you liked the song in the first place, but then we do our take on it and we try and make it more accessible to a pop audience. That’s all we’ve ever tried to do really. When we started the band in the first place my main idea was because I loved reggae music I wanted to promote reggae music.

Just like I loved dub and I wanted to spread the word about that. There’s a song by Goldie Lookin Chain and one of the lyrics goes, “I wouldn’t know what dub was if it wasn’t for UB40,” and hearing that for the first time was one of my proudest moments. The first dub album we did was our third album, I think. Present Arms had gone in at number two and we thought this is the perfect time to do a dub album and show people what it’s all about. A lot of people bought the album and then took it back to the shop saying it was faulty. No vocal and some strange echoey sounds. But if you look all around the world at pop music today so much of it is informed by reggae beats. People like Justin Bieber and Ariana Grande even The Script. I saw them the other day doing a reggae track. The Sly Dunbar beat, the Bogle beat, that’s what contemporary dance music is at the moment. So reggae is more influential now than it’s ever been which makes me happy.

QRO: There’s some excellent artwork with the album and you’re auctioning some of it for charity. It’s nice to see performers taking an interest in the music as an artifact for a change. We used to love reading the album sleeves and looking through the racks at the record shop but now it’s all electronic, living in download world as we do.

AC: It can be a bit soul destroying when you spend a year or two of your life making an album from its inception to the point where it’s finished, and you spend all that time and all that money and all that effort, and then you see people listening on little white headsets coming out of their phones. It’s like why was I worried about getting the bottom end to sound just right, and trying to marry the bass drum and the bass guitar perfectly; it all seems a bit futile but it’s what we do. When you go back and you’re re-recording tracks that you remember as classics they always seem a bit rougher than you remember them. So it’s nice to go in and do a clean version and try and reduce it as best I can.

A lot of people bought the album and then took it back to the shop saying it was faulty. No vocal and some strange echoey sounds.

QRO: You act as the producer on the album. Is that something you’ve always done?

AC: UB40 have always produced their own around music and I like to be there at the mix because there’s nobody else who knows better than I do how I want it to sound. We had Sly and Robbie mix for us but even though they’re geniuses and we love them, it’s never been exactly what we wanted out of our own music. We believe we’re the ones who know what it’s meant to sound like.

QRO: Any particular favourite tracks on this album that you’d recommend we go listen to?

AC: I think people should go and have a look at the funny little movie that goes with “She Loves Me Now”. It’s a terrifying thing to follow in the footsteps of Dennis Hammond; I felt the same way when we did “Many Rivers To Cross”. It’s a tall order. I had a lot of sleepless nights and worry because he’s one of my favourite singers. It’s a bit like taking on Stevie Wonder. That’s got to be one of my favourite tracks on the album because it’s one of my favourite songs of all time anyway.

QRO: You’ve got lots of festivals lined up and an arena tour as well so you’re going to have a busy few months.

AC: We’re doing mostly festivals in England and Europe this year. I still love touring and playing live. As I said I’ve got the hottest reggae band in the world at the moment we’ve had Morgan Heritage play with us, and Inner Circle and Jo Mersa Marley. Raging Fyah too, they’re one of my favourite bands of the moment.

QRO: Well thanks for the chat, congratulations again on the album and we’ll hope to catch one of your summer festival shows.