Kat Cunning talked to QRO while at Delaware's Firefly Festival.... 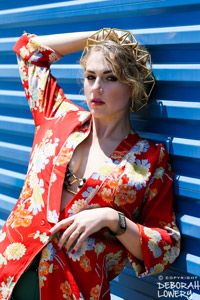 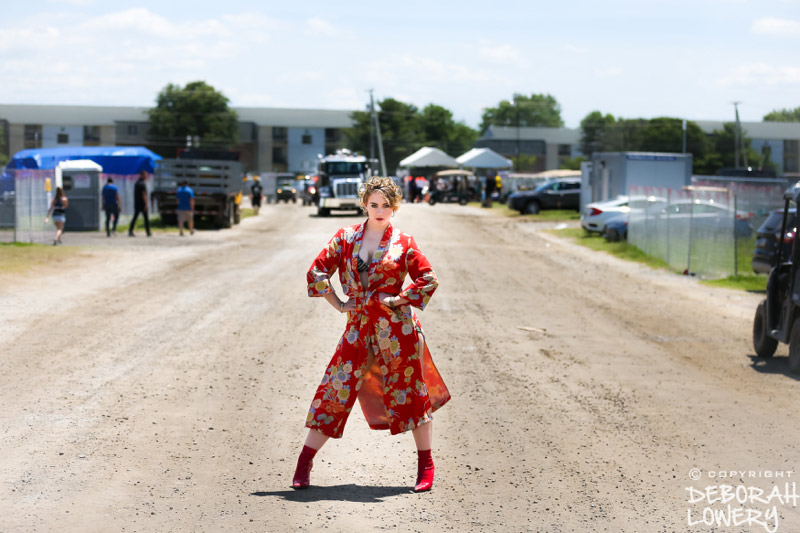 Kat Cunning (full name: Katrina Cunningham) is a new addition to the modern music scene, who brings her dance background and Broadway showmanship with her to the stage. Clad in a billowing floral kimono, cherry-red heels, and a golden headdress, the aura of a future celebrity vibrates from her figure as she enters a room. It seems no wonder, then, that she got her start in the music world by being assertive. When accepted into an arts company known as XIV, Cunning quickly realized that in order to stay on top, she’d have to expand her arts capabilities, so she vouched for herself as a singer even though she, “Didn’t know that I could sing.” On this decision she mused, “If I could wake up and try to have the confidence of most of the white men I know, I’ll probably end up with less than half of it, so I might as well try.” After this display of confidence, Company XIV promptly placed their faith in her and gave her a song, which the New York Times, “Happened to review.” In the rest of our interview, we delved into how Cunning’s career has grown since that moment, and what we can expect from her in the future.

QRO: Currently, you are really focusing in on music – what would you say your process is now that you’ve started to become a more refined musician?

Kat Cunning : I’m able to do lots of things at once all the time, so right now I’m also on a TV show on HBO which is awesome, it’s called The Deuce. While I’m focusing on music, the process sort of has always been the same – I can’t play anything because I spent all of my life learning how to use my body, but when I collaborate with somebody who plays an instrument, I like to write the whole song with them in the room. So I never bring in lyrics beforehand, even though I started writing poetry a long time ago and that’s always been a hobby of mine.

QRO: As of right now, you have three songs out on Spotify, but what’s coming up next for you?

KC: I actually have a whole cache of songs that are in the works, I write so fast. But coming up soon, we have a single coming out called “Stay on the Line”. It is about phone sex, and you probably won’t understand half the references, because it’s about when there was a landline in every home. Do you guys even have a landline anymore?

KC: It’s okay, it’s a beautiful relic of the past. So, that’s the next song that’s coming out, and the HBO show is coming out this fall. I have a forthcoming EP, hopefully also this fall as well.

QRO: Will you be revealing any of these new songs to the audience at Firefly?

KC: Almost all the new songs. One of the things I’m really excited for about the rollout of this music is that I’m intentionally teasing people with strictly ethereal stuff, and a lot of it as you’ll see tonight is a lot bigger, so yeah. There’s a lot I’m hiding. There’s a lot I have up my kimono sleeve at the moment.