Just before her show in NYC, QRO talked with Lera Lynn.... 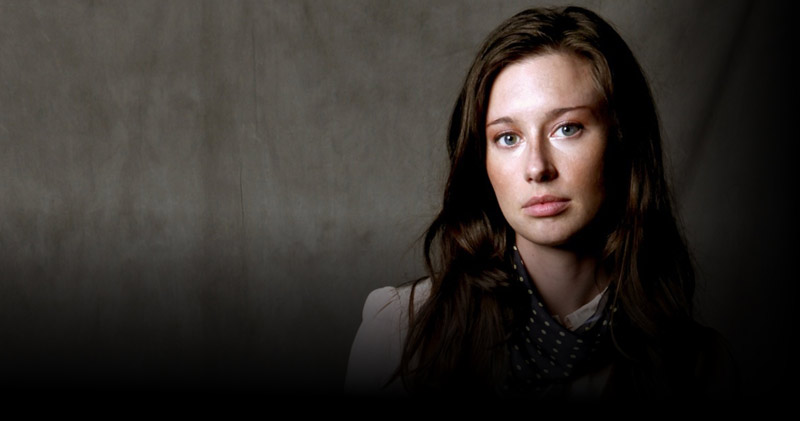 QRO: On your website you describe “Image” as, “A reflection on American culture, our infatuation with celebrity, infamy, shock value and drama. Each of us plays a role in the creation and proliferation of that dynamic and the success of toxic, vapid people and ideas, simply by allocating even the smallest amount of attention to them.”

What’s amazing is that there was criticism of this even before the internet/TMZ/etc. existed.

In 1992 Roger Waters released the album Amused to Death, whose title was inspired by Neil Postman’s 1985 book, Amusing Ourselves to Death: Public Discourse in the Age of Show Business.

The album’s artwork features a monkey watching television and the image on the TV is a gigantic eyeball staring at the monkey.

According to Waters, the monkey was, “A symbol for anyone who’s been sitting with his mouth open in front of the network and cable news for the last 10 years.”

A remastered version was issued in 2015 with a child replacing the monkey; Waters: “Most of what I had to say then sadly still pertains today and is maybe even more relevant to our predicament as people in 2015 even than it was in 1992.”

Are you familiar with the album?

Lera Lynn: It’s not an album I’ve more than passively listened to, but am doing so again now, with more attention.

QRO: Has Roger Waters/Pink Floyd influenced your lyric writing and critical eye at the vulgarities of modern life?

LL: Pink Floyd was an important influence in my household growing up. My parents loved the band and would often spin their records. Cliché as it is, I was listening to Dark Side of the Moon the first time I got stoned at the age of 15. Surely the pot played a role, but coupled with the music and lyrics, several doors opened in my mind. Though I’d heard that record many times before, I didn’t start to understand what they were saying until that moment. There’s no doubt their perspective on modern life has influenced me as a songwriter.

Cliché as it is, I was listening to Dark Side of the Moon the first time I got stoned at the age of 15.

QRO: In an interview with No Depression in August 2015 you said, “There is an audience for dark music, darker than what I’ve put out on my own, but is a part of me. I’ve always been told, ‘No, no, no.’ Up tempos, major keys, hopeful lyrics, people want to have fun.”

Yes, people want to have fun, but one of the fundamentally powerful things about music is that it conveys the entire range of human emotion.

I doubt anyone has ever said to Nick Cave, “Nick, play songs in a major key!”

Given that, what “happy” songs/artists/albums do you listen to when you go on a long drive and just want to crank it up to 11?

LL: The Grateful Dead is some of the happiest, most carefree music I can think of. The Cars are fun. I love Spoon and Divine Fits. Ry Cooder is always groovy. Man, there are so many. It depends on the mood, who I’m with, where we are, what time it is… How can I choose?

QRO: What “dark” artists/albums do you go back to when you “need” to find the comfort that only music can provide?

LL: One of my current new favorites is Andy Shauf’s The Party. I don’t know how “dark” it is but it’s certainly deep and I can put that on in the earbuds and totally sail away.

QRO: In a piece in the Huffington Post in 2012, it touched on how you have put your own stamp on “Ring of Fire” and Leonard Cohen’s “I Tried to Leave You,” and that a goal of yours is to make a tribute-type record.

Is this still something you want to do?

LL: It would be a fun project to record for sure. Seems like work in vain to me now, to PUT OUT a whole record of songs I didn’t write, when I still have so much music in me and it’s so expensive to release records. But maybe it’s something low profile I could do between record cycles?…

QRO: What songs have you thought of doing and what is it about those songs that resonate with you so much?

LL: I don’t have a running list that I can share with you, but I will tell you that I tend towards unlikely covers that have room for me to interpret and season with my own flavorings.

LL: Billy Swan’s cover of “Don’t Be Cruel” is one of the best covers I’ve ever heard!