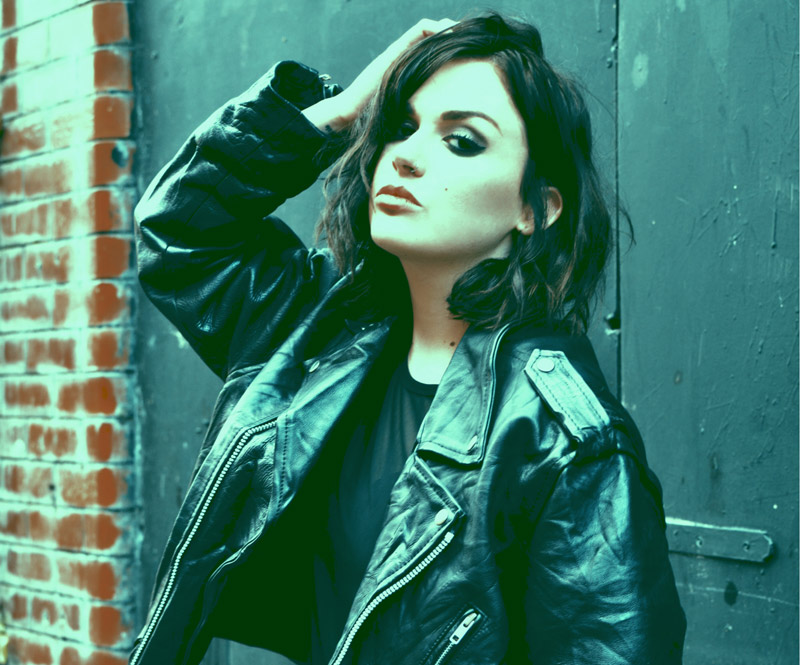 QRO talked with actress/musician Mary Joanna Coogan, who’s following in the footsteps of her dad Martin Coogan (of The Mock Turtles) and uncle/actor Steve Coogan (In the Loop, 24 Hour Party People) with her own band, Mary Joanna:

QRO: What is your new band called and who’s in it?

Mary Joanna Coogan: Our new band is called Mary Joanna. I gave us that name with the intention to change it if a better name found us, but we got used to it and it has stuck! The band is myself on vocals, my brother Will Coogan on bass and programming and my other half Stephen Evans on guitar.

QRO: Do you have help from your father who was also in the same line of business?

MJC: My dad is the owner of VIBE Recording Studios, so we can get in all the recording and rehearsing we want for free, which is a real luxury. Stephen and Will both engineer so we produce our material ourselves.

QRO: Have you plans for an album?

MJC: Yes! We are in the process of recording our album. 2015 will be a busy year for us.

QRO: Who are your greatest influences? Have they changed throughout your life?

I used to get really nervous before a gig so I’d tell myself, “You’re an actress, put on a persona,” so I’d pretend I was Debbie Harry or something before performing.

QRO: You have a great voice, look and can act – where do your biggest passions lie?

MJC: Thank you! I am a performer, so acting and singing both fall under that category. I’m very naturalistic when it comes to performing – I used to get really nervous before a gig so I’d tell myself, “You’re an actress, put on a persona,” so I’d pretend I was Debbie Harry or something before performing. [laughs] It really helped me find my feet. Acting has helped me blossom as a musician and vice versa.

QRO: What is your favourite sandwich?

QRO: If you could have three professional wishes come true what would they be?

MJC: Just having people listen to our music and enjoy it is all I want. Obviously it would be nice to earn a living too! And a world tour wouldn’t be bad either! [laughs]

TV On the Radio – Seeds