Five weeks into their current tour, QRO met at the Plaça Reial of Barcelona with TOY bassist Maxim ‘Panda’ Barron. Accessible, jovial and glad to be in the City... 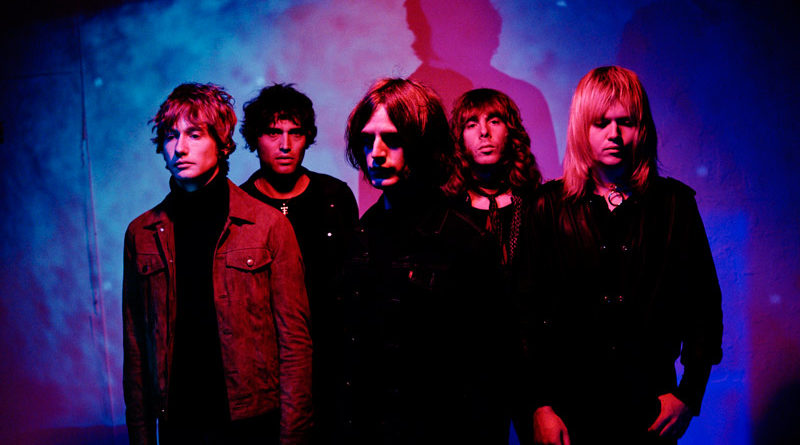 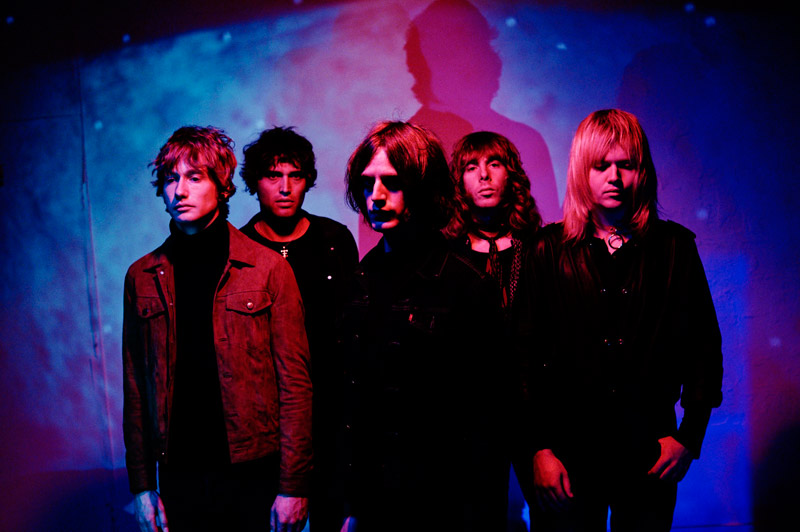 It is difficult to find bands, nowadays, that stand out in a discothèque, that stand out live and that stand out when you talk to them and want to know more. In a moment when some combos that stood out in the latter part of last decade – Beirut, Deerhunter, Grizzly Bear – are getting blander and blander with every passing record, it’s also difficult to find genuine bands in the current generation that make exciting indie music. England’s TOY is one such band.

With a clear evolution since their eponymous first album, the quintet has gone through different phases, but still keep its uniqueness on record, combined with electrifying gigs where they mix all the different speeds, colours and sensations the listener finds in the grooves of a vinyl or the ones and zeros of a cd.

Five weeks into their current tour, we meet at the Plaça Reial of Barcelona with bassist Maxim ‘Panda’ Barron. Accessible, jovial and glad to be in the City of Counts (as Barcelona is known), Barron’s remarks make for a fluid and interesting give and take, not a formal and traditional exchange.

QRO: Your previous record, Clear the Shot, was a tense affair, and Happy In The Hollow feels more nocturnal but more cohesive, more as a unity. What inspirits you as a band from one record to another?

Maxim ‘Panda’ Barron: I think the way we recorded this last record is much more natural, whereas with the previous one it was a more difficult time. It was the last record with our old label and the last with our old producer, and we went out of our comfort zone and place, literally, to record it. With the new one, we were more at home, we took our time and had total creative freedom. We had no deadline, we wrote in Max’s [keyboardist since 2016 Max Oscarnold]… After the first three records done under certain conditions, the music in Happy was what we felt it was natural to do, it was self-contained and we were more of a unit, indeed…

QRO: …and it seems you still play each other’s instruments…

MB: Yeah! For instance, on “Strangulation Day”, Max and I share keyboard duties. We’d also use old recordings done in analogic devices done in different places or at home, so the whole process was different for us. With Clear Shot we were in a studio outside of Manchester where we could stay as well, which meant we had to accommodate to the producer’s regime and let him be a bit more in control of things. Also the mix was difficult, as our producer got ill so we had a new one for the final stages and the mix, and since he was in L.A., I had to Skype with him early at night (1am or so) and explain to him what to do. So with that we thought, “We don’t want to do this ever again,” and we taught ourselves all the necessary things to be self-sufficient in the studio.

QRO: It pretty obvious you’ve always listened to different kinds of music – one can hear some familiar, if not obvious, things – but you have somehow managed to have a trademark sound, and that is something some bands are weary of. Are you afraid of being too recognizable?

MB: To be honest, I think we’re getting less recognizable as time goes on. The first couple of records were done pretty close together in time and we got a, say, “stock” sound with them. With Clear Shot we tried to change it, but I feel that in the end we were just evolving, it wasn’t anything premeditated. You can hear different details between the first two records as well, so the music changes the same way the motivation changes. I believe we’re getting far from that primary sound, and I do believe the most interesting parts of the new album are those which sound like nothing we’ve ever done…

QRO: …But you still manage to capture a sort of cinematic quality to the music…

MB: Yeah, because we really love that and we really listen to a lot of soundtracks, like those by Ennio Morricone, he’s a massive influence in me, the heavy emotion and density he created, and not being too complicated and intricate, either. This track in Happy In The Hollow, “Last Warmth of the Day” was inspired by those soundtracks, but in the end we got a guitar that sounded like Urge Overkill’s “Girls You’ll Be a Woman Soon”, [laughs] which is a good song anyway… The thing is that we’re always trying to look forward.

QRO: Just like The Church – a perennial reference in my music (QRO spotlight on) – you have made records that work both ways: the songs work either as a unit and then also as separate entities. Then, once they got famous, they focused on the creative side and not the commercial one, so while they were revered they struggled to survive. Do you give any importance as to how people regard your achievements?

MB: Personally, I believe that the true achievement is the way we do things and the way we live. It’s the uniqueness of how we create music, how we play it live… We’re surviving in London, which is a very hard place to live in, so this makes us remember we’re doing this because we love it. Of course we’re keeping an eye on the business side of things (we love the people at Heavenly, our old record label, but with Clear Shot we felt they could’ve done a bit more to promote it as a good chunk of our fans didn’t know we did it), but the most important thing is that we don’t deviate from what we believe is the right way to build our career and we all feel it when we go in the right direction.

QRO: It’s obvious that when you play live you don’t replicate what you play own studio, because it’s very difficult…

MB: …I think that with this latest album we’re a tad closer to the studio recording than before, and it’s a first for us, as before we chose to be more noisy than precise as we were, say, crazier… [laughs]

QRO: …And in that vein, do you feel that, after four records, you could’ve done anything different? Not that you had any regrets but that what you felt and what you did didn’t really match?

MB: We liked how Clear Shot sounded, but I think the rest of the band would agree we would’ve mixed it better. It’s still a good record, we’re proud of it and we have never made a record we were not satisfied with, but this is that case where it could’ve been improved. It’s just that we like doing things our own way.

QRO: And the last question, a recurring topic for TOY [Maxim looks at yours truly with a hint of suspicion]: What does it mean to be ‘psychedelic’ in 2019?

QRO: Are you tired of being asked that?

MB: No, but the word and the concept, in a way, can’t be used to define us. We play a kind of music that we feel is different to what we find around, it’s a thing with a mind of its own, it’s not part of a movement. Yeah, we appeared at a time when in England there was a burst of neo-psychedelia music, which as with other movements it was never gonna last so we don’t feel attached to any sort of group of bands that play similar music. It all goes back to what we were talking about before: being unique, doing things your own way, being honest, connecting with people. And people can call it “psychedelic” but it’s a very loose term…