Between Australia and finishing their early 2018 tour, Robert Levon Been of Black Rebel Motorcycle Club talked with QRO.... 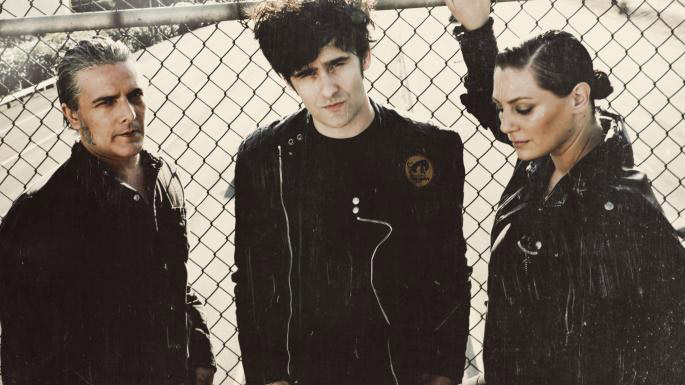 Between Australia and finishing their early 2018 tour, Robert Levon Been of Black Rebel Motorcycle Club talked with QRO. In the conversation, the singer/bassist discussed their new album, Wrong Creatures (QRO review), and how “psychotic” it was to make, integrating old songs & new in the live show, flying all over Down Under, ‘Finishing the Thought Tour 2018’, how one still needs to ask “Whatever happened to my rock ‘n’ roll?”, and more…

QRO: How was your recent Australia tour?

Robert Levon Been: It was very surreal. Mostly because it was like a show every night, just bailing through it. We’d usually fly and play the same day, every day in a row. [laughs] It almost killed us, but in the most loving sort of way.

QRO: I’ve always wondered: is it significantly different, touring Australia vs. touring America? Is it because you fly?

RLB: Yeah, it’s because of how far apart the cities are. It’s just so much simpler, flying, and cheaper, than what it would cost to drive. So yeah, you gotta bounce, from place-to-place, and fly all your stuff, place-to-place. So it’s a little more taxing, in that way.

There’s definite peace of mind that comes crawling into the bunk of a bus, magically waking up in the next state. Or country, if you’re in Europe.

QRO: You already just toured coast-to-coast-and-back in January/February – I saw you at Brooklyn Steel (QRO live review). Are these upcoming dates to go to places that you didn’t go to, previously?

RLB: There was a couple that we had to cancel, and we were gonna extend. And we were gonna go for further, but the Australia thing kinda had to happen at that time. This is kind of finishing – ‘Finishing the Thought Tour 2018,’ technically, it should be called. [laughs]

And we’re doing some Depeche Mode shows, as well, so we’re connecting the dots with that one as well.

QRO: I really like the tour archive on your website. I wish more bands would do that.

RLB: That was really fun.

All the technical genius, and concept of that, was our old friend – he was a fan that just made a fan site back in 2001 or something, the first album. His name was David McCrindle. He’s a Scottish kid, and I just said, “Yeah, you should just come and do our official site, since you’re so much better at this, doing that…” [laughs]

So he was with us for years. It some of the other fans that actually started counting, properly counting and logging all the dates. It was originally just written out like a list, but then David put it into… It’s really surreal, when we watch it. Because it does these red dot trails, and you might watch your whole life flash before your eyes in supersonic speed. Very strange.

It almost killed us, but in the most loving sort of way.

QRO: But you have been touring for so many years now. How do you keep it fresh, and not make it feel like old hat, ‘Oh, I’m going back on the road again…’?

RLB: Playing the songs, at least the new ones, put the fear of god into you, a little bit. Enough where nobody’s really super-comfortable.

Mostly because, the older songs, we’ve toured them to a place where, they’re hard to compete with. Making sure the whole set flows, from new and old, without feeling like, ‘Oh, god, they’re playing something new – oh shit!’ [laughs]

The nicest compliment, I think it was in Europe, before the album even came out, just people could barely recognize which ones were old and new, because it kinda flowed. We got them up to that level, pretty quick. That was the whole hope, getting to that place.

There’s still some songs we haven’t quite perfected yet, we’re still working on from the new album, but hopefully, maybe on this tour we’ll get to it. There’s a couple still left.

QRO: On this upcoming tour, have you played Jersey City before?

RLB: I think so. I like to say that about any city, or state, or country – because my memory’s not all there… [laughs] There’s a lot of black holes in my memory.

RLB: I always know when I walk in. Names, not necessarily…

QRO: And you’ll be opening for Depeche Mode in the Southwest. How is playing an opening slot at giant stadiums like those?

RLB: The Depeche Mode shows, it’s just an honor. We were big fans of theirs since we were kids, so to get to open up, is kinda a dream come true. But the flip side to the dream is always a nightmare, that you’re gonna fall on your face in front of your heroes, I guess.

Also, I’ve heard, for a long time now, that their crowds are pretty loyal, and not the easiest crowds to play to. So I just hope that they give us a chance. [laughs] But I think it’s kinda cool, too – I like the challenge, too. They deserve to be snooty fans; they’ve earned it. Depeche Mode has reached this point; they should keep the bar up that high.

QRO: How was making Wrong Creatures?

RLB: It was one of the hardest, most psychotic albums I’ve ever worked on. [laughs] Which is impressive, because that’s been the case with most of the other ones. But this one, somehow, took on it’s own nature.

It almost broke us, a few times. Not only mentally, but physically. Leah [Shapiro, drums], of course, had to have brain surgery for a very serious, strange condition that came out of the blue. It was one of those things where you don’t know if you’re ever gonna cross the finish line.

It plays tricks on the brain, as well, the longer you work on something. You get to go to bed at night with the peace that you’ve tried, at least you’ve tried every possible option. But you also don’t get much sleep, ‘cause you’re probably staying awake all night, trying every possible option. So it’s a double-edged sword that exhausts you, and also kinda gives you some kind of piece of mind. But it steals about as much as it gives.

It was one of the hardest, most psychotic albums I’ve ever worked on. Which is impressive, because that’s been the case with most of the other ones.

QRO: It seemed like Wrong Creatures was a slower, more stretched out piece that most prior work of yours. Was there something specifically different in the record-making process this time around?

RLB: I wish I had a good answer. I feel like we’re always at the mercy of whatever songs are gonna come, at that period of time.

There’s a few that we took, that were kinda unfinished works from the Specter at the Feast sessions, like “All Rise” and “Spook”, we definitely attempted to work, but we just didn’t have it, it wasn’t quite right, or we didn’t have finished words, or anywhere near finished.

Those kind of give a little bit of a guide, but I don’t know. I know it’s not a sexy answer, but it’s actually one of the few things that I think makes… hopefully the record isn’t too conceptual, is a little more a true album, created as a band, which there aren’t very many things like that anymore. It’s a good way to get away with it, to kinda let things go.

RLB: It changes now and then.

We try to feed off from the crowd. I guess we try to get away with as much new songs as we can, until you start feeling people kinda glaze over, [laughs] and then you pull ‘em back in with kinda an older favorite, you know? It’s always the balance of trying to take people somewhere new, but also not forgetting about the past – which not only means something to the fans, but to us, as well.

It’s actually weird, you’ve been playing a song like “Red Eyes and Tears”, which was maybe one of the first songs we ever played live, back in ’99 or something, that it’s still actually really fun to play. Weird little things & nuances that live, kinda, you kinda wait for, to see if you can risk something, to see if you can land something a little clever. It’s not as technically pleasant as it could be. [laughs]

I remember thinking, back in the day, I’d always think, ‘Oh, it must be torture for bands playing songs that are ten years, let alone twenty’ – but if it’s a good song, it helps, a lot.

I remember thinking, back in the day, I’d always think, ‘Oh, it must be torture for bands playing songs that are ten years, let alone twenty’ – but if it’s a good song, it helps, a lot.

QRO: At Brooklyn Steel, you closed with “Whatever Happened to My Rock ‘n’ Roll (Punk Song)” – is that regularly where you put that song?

RLB: Not always, but more often. That song has a spirit to it. I don’t know why, but there’s still fuel in it, somehow. I think it’s still a good question to ask, which is kind of unfortunate.

So ending on it? That song goes to lots of different places, live. The second half of the song kind of has its own life of its own, over the years, writing things to elevate it into a crescendo. It’s very hard to follow.

QRO: Are there songs that you’ve forgotten how to play (or can’t play live) – and maybe get a shouted request for?

Sometimes, it’s like for different reasons. Like, you forget the tuning. Or some people remember it clear as day, and one person doesn’t. And it’s that simple. [laughs]

If people shout it out enough, we’ll usually bring it back. But sometimes we put songs to bed for a little while, for a few years, and then we’ll bring ‘em back. Which really helps, because if you stay away from it for five or ten years, when you play it again, it has a weird, new life to it, versus just kind of playing it every once in a while. Some songs are like that.

We Are Scientists – Megaplex