Slighter, brain child of Portland based artist Colin Allrich, is known for it’s cinematic scope, soundscapes that are both expansive, dramatic and ethereal at times.... 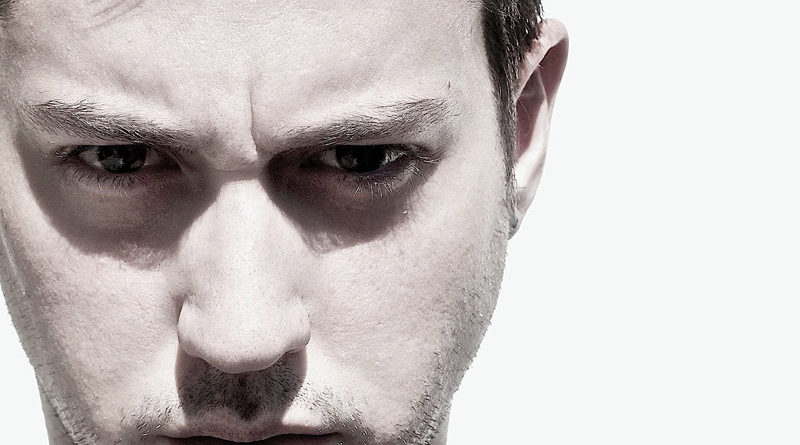 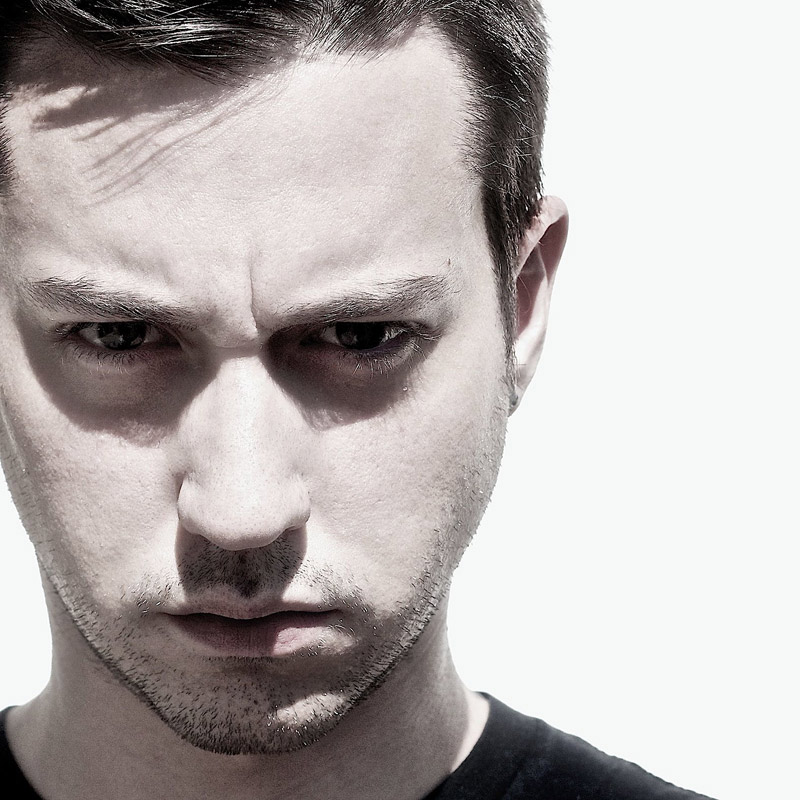 Slighter, brain child of Portland based artist Colin Allrich, is known for it’s cinematic scope, soundscapes that are both expansive, dramatic and ethereal at times. Used heavily in media, you likely know more of Slighter than you think. having been featured in shows on network and cable. Erode and Erode: Recoded are the latest offerings and take a turn into more intense and features vocals more than prior releases. Energetic pulsing tracks and heavier guitar work pepper through a well thought out cohesive release. Known for many collaborations and remixes, while Erode doesn’t disappoint with guests Cyanotic and Craig Joseph Huxtable among others, this album features Allrich’s vocals more so than prior albums, and gives a glimpse of the ghost behind the machine. “Anthesis” slows the action with gloomy instrumentals mid album, a nice discomforting break that leads into “Error” taking us back into the action. Erode shows that Allrich isn’t afraid to take chances, nor willing to stagnate. Art is always forward, music can evolve and the audience with it. QRO had a chance to chat with Slighter about the recording and thought behind Erode, remixing vs. being remixed, and being an artist in the digital age…

On having music being featured in media

Colin Allrich:  What’s funny is the irony; I don’t really watch too much TV. So I tend to miss out on hearing the songs in the shows. Plus because of the nature of episodic TV series, I sometimes don’t know if a song is being used until after it airs. I will say, it was a pretty cool to hear my first placement (“Necroplasm Fix” as Horrorfall) on True Blood. Even if I hadn’t seen any of it before, it was just a trip to be involved in something that was like real-deal Hollywood. “Look ma I made it!”

On whether the song placement fits the medium

CA:  Well as far as it fitting, what I do is sort of inherently geared for soundtrack use, why my stuff tends to get used. Part of the reason I guess is because I’m influenced most by films. A lot of my songs come from having just watched a film that captivated me. I’d love the opportunity to score a feature film, would be grand.

When asked about the more vocal driven nature of Erode

CA:  Sort of a loaded question really! [laughs] I’ve always felt that I’m not really a ‘genre-musician’ – the kind that firmly plants themselves within a style of music and keeps producing work that fits it. So for me, creating Erode was a combo of things: 1 – I firstly wanted the challenge of writing lyrics and singing again. And my voice doesn’t really lend itself to other genres of electronic music than what Erode is. 2 – Wanting to make something that is the opposite of what the last record was, as a sort of yin/yang experience. “New Familiar Ghosts” is a very light and spaced-out electronic album where Erode is anything but. 3 – Lastly I wanted to work through some shit personally, music is hugely cathartic for me. I wouldn’t call it a ‘protest album’ per se, but there are current themes explored within it.

Even if I hadn’t seen any of it before, it was just a trip to be involved in something that was like real-deal Hollywood. “Look ma I made it!”

On the desire to create

CA:  Sort of touched on this in the second question, but to elaborate I guess it’s that typical answer you hear from most musicians: I was really young when music sort of grabbed a hold of me and I was enthralled. Coming out of the ‘80s as a kid listening to whatever my folks exposed me to and into the ‘90s as a more exploratory teenager, I started discovering how electronics were involved in ‘alternative’ music by the ways of Underworld, Autechre, whatever Wax Trax! was importing from the U.K., and I just fell down the rabbit hole that was ‘electronica’ at the time. So the desire to create is really to me, the desire to explore sounds and figure out how an artist like me can express themselves in music via technology.

When asked about the writing process: planned vs. piecemealed

CA: I’m a big planner, I like to conceptualize before I take on an album project. Otherwise I tend to just meander and get self indulgent, to the likes of spending way to much time on little details or tech that the audience won’t ever care about. So it keeps me on track to have a plan. Not to say the plan doesn’t change from time to time while in the middle of it. I go where the idea needs to go. It’s a very deliberate process for me, writing albums.

Thoughts on how technology affects creation over the years

CA: I love technology, so gear and what I use has changed quite a lot. When I first started writing music outside of being in bands with schoolmates in someone’s basement, I was using something called Jeskola’s Buzz, which was a Windows PC program called a “tracker”. While the early days of doing programming didn’t really wield me any amazing songs, but I was 16-17 and it was great learning. Not having tons of money, I’ve always sort of found ways to make music with what I had. I had a lot of RadioShack bits around me and cheap Yamaha keyboards. But it was fun. Today it’s a different story. My studio here is a building off my house, running a Hackintosh and Logic Pro, lots of fun synths around me, in both hardware and software.

The digital vs. analog thing is just a hang up that people get on to try and posture some sort of elitism over someone for their different choices.

CA:  The digital vs. analog thing is just a hang up that people get on to try and posture some sort of elitism over someone for their different choices. And I hate it. Use whatever gets the job done. I’ve made songs that have been used on quite a few soundtracks where we’ve faked a guitar by amping a string simulation synth plugin in Logic called “Sculpture”, I’ve had drummers play a virtual Roland drum kit triggering a software plugin emulating a acoustic drum kit, and in both cases no one’s been the wiser.

CA:  Oh man, the way things are now you’re guaranteed more attention if you can tour. New music doesn’t get broke by blogs like it did five-plus years ago. And social media for any artist is a joke now. Getting a record deal off your MySpace friends count was a flash in the pan as far as the internet goes, that’s not happening on Twitter or FB. And at the same time, touring takes a special breed of performer to get up and put on a show night after night, and I’m not that I’m afraid. I learned with DJing throughout the ‘00s that I’m best “behind the curtain.” I tend to say my music is “music for headphones.” The experience of seeing me in some form ‘live’ would really bring nothing to the experience of what I write. And for that I tend to be pushed out of certain scenes because I’m not touring as support for the music I make, I’m not a ‘brand’, and I certainly don’t fit with a lot of others stylistically.

CA:  Sort of a double-edged sword, I think. One hand it’s great to be able to find an audience across the globe, but the other is the constant need to be a ‘brand’ and create a commodity around your work. Let alone be available to your audience 24/7. And I don’t think artists are inherently good with that side of things. Sort of depends on how you view that shapes your perception on the internet for musicians.

Getting a record deal off your MySpace friends count was a flash in the pan as far as the internet goes, that’s not happening on Twitter or FB.

To remix or to be remixed

CA: Both really! I do sort of have a problem with those who rely on remixes more so than writing original content. And even worse when their remix is stripping the vocal off the song and planting it on an entirely new piece of music they wrote. Feel like that’s a big cop-out, they took the easy way out. But I do love good remixes, especially ones of my stuff, where the original elements are fucked up, rearranged, and just twisted in a way I couldn’t ever expect. Case in point would be John Girgus/The Legendary House Cats remix of Craig and I’s “Lights Out”. I was floored when I heard it; I like it better than the original.

On the move from L.A. to Portland

CA:  I was finding it increasingly hard to be creative in L.A., cost of living was continuing a never ending upward climb, and I was getting stressed out on having to deal with it and trying to afford to live a creative life. So I moved not only for my peace of mind, but to also get me out of the sun! [laughs] I’m not a big fan of hot and dry weather, so figured I’d explore the Pacific Northwest and it just spoke to me. I find it much easier to deal with rainy days, and up here there are plenty.

CA:  With Erode finished, I’ve just been brainstorming on doing a few covers, for fun. I’ve always wanted to tackle some of my favorite songs from the ‘90s, so I’m currently recording an EP of a few. I’ll be most likely releasing them in early January.