After a string of top-notch singles we’ve covered in this page, such as “Imagination”, “Dinosaurs” (a track that will receive a new mix, shortly), “Open Roads”. and “Don’t Ever... 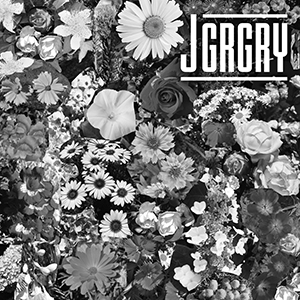 After a string of top-notch singles we’ve covered in this page, such as “Imagination”, “Dinosaurs” (a track that will receive a new mix, shortly), “Open Roads”. and “Don’t Ever Give Up” (this one racking up more than 1 million views on YouTube), J GRGRY is still going strong with a new single entitled “Flowers & Champagne”, a glamorous title that hides a very different story.

Opposite to what I usually do, of elaborating a theory on what a song could be/mean/be about, this time I’ll let the artist himself to lead us:

“Flowers + Champagne is a song I wrote when we moved to Ventura, California. I was listening to mixes of HEART and FLEETWOOD MAC incessantly around the time, which definitely influenced this tune.

My fiancé and I had just left Seattle and I was receiving a bunch of backlash from people who thought I was a ‘sellout’ or whatever else, for moving to L.A. to try and make a sustainable career in music.”

These first two quotes also have to do with the subject described on the review of “Open Roads”, being this track more focused on the sensation of leaving that old part of your life and wanting to create a new one for yourself and your partner. The artist also claims that he felt at a loss because a lot of people whom he thought were friends, turned out not to be as they judged him just for wanting to start anew.

However, this song is one of those times where J GRGRY goes political, as he feels it’s impossible to ignore the current state of things of some collectives in the States, as it’s the environment he knows, but he’s also aware such things are extended elsewhere:

“At the same time, there was a bunch of new legislation being pushed to hinder women’s rights and transgender people in America which was really touching my heart. So, the lyrics of the song are pointed at the white, capitalist, patriarchy in America and suggest from the start: ‘We gotta stop bringing these people flowers + champagne / Cleaning their feet and their face / While they spit in the wind that blows our way.’”

The song moves focus towards a goal of internal healing which can allow love to be the answer – as opposed to the division the current U.S. govt seeks to create.

Lyrics like: “We’re gonna spread so much love this time / We’re gonna stand with the clinics and physics and leave heartless people behind us,” are a direct attack on the current people in power who refuse to choose science over profit and hide behind religion, to spread hate.

“I have more new music next month with the official release of DINOSAURS. A song that will continue this conversation and extend it into a more specific call out of T*ump, as we head into the election,” an election that will be crucial to restoring some faith in certain collectives.

Last but not least, J wanted to mention the state of things regarding his releasing schedule and how the pandemic has affected matters these last six months. “Things within the music industry have been tough and go, obviously. It feels like our plans changed almost daily from March to August. But now, we have a release schedule set to put out a new song every month for the next year. I couldn’t be more excited to share them all with you

For those of you interested in the technical side of things, “Flowers + Champagne” was produced by J GRGRY and Craig Bauer (Kanye West, Ed Sheeran.)  Craig mixed the song and the legendary Dave Collins (Janet Jackson, Jurassic Park) mastered the track.

Hannah Georgas – All That Emotion