If the people cannot go to gigs, the gigs will go to the people, as J GRGRY proved.... 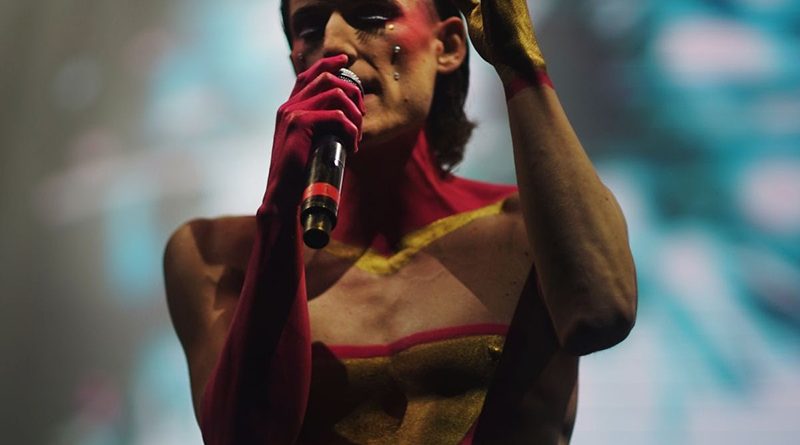 “I’m gonna use my imagination / For good this time,” sang J GRGRY in 2019 single he released in a beautiful pink vinyl 12” maxi. And maybe the concert I’m gonna talk about was not groundbreaking in itself, but if the people cannot go to gigs, the gigs will go to the people, as the artist based in Seattle proved on March the 20th.

Using Twitch, a platform he’s been on for the last couple of months connecting with a wide range of peers and fans, GRGRY decided it was time to do something and put together a new band to be able to perform live in a real setting, not only his studio or his living room.

The chosen venue was the classic Moore Theatre in Seattle, a place that has lovely memories for the musician: “Yeah, the Moore Theatre was the place to be when I was younger and I wanted to see a good show. The best ones I remember were Tori Amos and, funnily enough, Deftones!”

So, with a line-up consisting of him at the voice and acoustic guitar, skillful keyboardist Emily McVicker, guitarist CJ Stout (from A Pile of Pedals and Vendetta Red) and drummer extraordinaire Ben Smith (from HEART and Roadcase Royale), J GRGRY set-up an austere environment totally adequate for his goal: bringing a high-quality pop concert to your living room/bedroom/panic room/wherever.

Enhancing the lyrics and the melodic landscapes of the setlist were many simple yet direct projections courtesy of visual artist Amy Billharz, mostly referencing the titles of the songs but displayed in a way that wasn’t too obvious, so depending on the song they were going in parallel, sometimes they pushed the song further, and sometimes they gave them a new, different dimension.

Sonically, even though by GRGRY’s own confession the band only had one full rehearsal, the setlist — divided into two identical sets — sounded tight, direct, expansive and fluid. Whether it was the uncomplicated “The Edge-like” guitars of Stout, the dreamy keyboards of McVicker or the endless well of resources of Smith’s drumming, they all worked for the songs, hinting that this may not be the only time the four play together in this time and, maybe, when an audience can go to venues to watch music live again.

The setlist consisted of a mix of the old and the new: recent compositions like YouTube hit “Don’t Ever Give Up” (whose video was directed by Billharz), love song “China Creek” or the energetic “Imagination” (QRO review), with classics of his discothèque such as the luminous “eFlower”, “Floodlands” with its gorgeous display if frozen-in-time-melancholy or the tense “Erase The Shore”. All those benefited of the previously noted skills of the musicians on stage, and the variations on who was playing what gave them new life. The more-to-the-point approach GRGRY wanted, with no superfluous arrangements and just the right amount of details, reverbs and delays made the setlist sound compact. Truth to be told, for us Twitch watchers, the second set sounded better than the first one, but it was a matter of the mixing, no the playing.

One can only imagine how those songs would’ve sounded like with a packed venue.

As for GRGRY himself, he looked relaxed, in his element, walking around the stage like he was meditating, singing to himself or to someone with him in the same space, no cheap theatricals, no excess and no need to go over the top.

All in all, a great music experience, emphasized by the Twitch community. Because it was about the music and about those watching.

Between songs, GRGRY and the band were chatting, greeting, thanking and smiling with the hundreds of attendees via Twitch, the escape valve for many musicians unhappy with the dominating streaming platforms. The interaction between the musicians and those listening was constant through the 3-hour broadcast. And I’m not the first to say this, but this opens great possibilities for artists in such uncertain times, when administrations and governments have, once again, disregarded (to be polite) culture, in general, and live music, in particular. This way of doing things allows artists to grow, create a community and collaborate with one another, not fight for a few crumbs. Now, more than ever, we need solid cultural investments and programmings everywhere and, maybe, that’ll be the way to go.

Lastly, many fans asked if they’d be able to watch the gig again at a later date, an aspect GRGRY, the band and their team are looking into. The multi-instrumentalist explained that they’ll decide in a few days whether this performance will be made public or will be offered just for Twitch subscribers.

In Covid times, the good use of imagination to not lose the bond between artist and fan is paramount. And J GRGRY has found a way to keep it alive.

Sara Kays – “Picture of You”