Seattle’s J GRGRY (Joe Gregory) keeps on advancing new tracks of what will be his new record, out next year. After the feisty “Imagination” (QRO review) and the anthemistic... 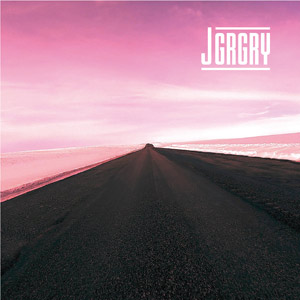 Seattle’s J GRGRY (Joe Gregory) keeps on advancing new tracks of what will be his new record, out next year.

The song deals with the moving of Gregory and his now fiancé from Seattle to LA. The busy and populated metropolis of the Northwest has given a lot to the artist, but he felt he needed a change, in a moment when many things were happening in his life:

“I love Seattle but I needed a fresh start and L.A. seemed a bit more airy,” Gregory recalls. “We came to Los Angeles with the basics: a guitar, a synth, a small studio, some few contacts and Vox, my beloved boxer dog. During the following month, I wrote and recorded demos for at least 23 songs.”

The lyrics play with both the literal and the figurative: “The most amazing thing happened to me. I was love-struck at a moment when I wasn’t particularly searching for that. It really turn my whole world upside down, the ‘internal mess’ I’m referring to in the song,” GRGRY elaborates.

The decisive point is the chorus, where GRGRY talks of an “Open Road”, which not only refers to clear the traffic at the start of their journey, but also the “Open Road” of Gregory accepting that he’s gay and leaving all those who begrudged him behind, to start walking the new path ahead of him with his new family.

Whereas most of the songs demoed for the new record are luminous and expansive, “Open Roads” is less dense sonically, more intimate, exactly like two people starting a new journey to some place where there’s hope, right at that point when the night is at its darkest, and then dawn breaks.

“Most of the demos I made were love anthems, just like this one. All the elements like the poignant drums, the perfectly paned guitar and that sort of space between the instruments, they push in the same direction, which means this is also a sonic poem,” concludes GRGRY.

You can listen to “Open Roads” on Apple Music, Spotify and Pandora.

Elbow – Giants of All Sizes