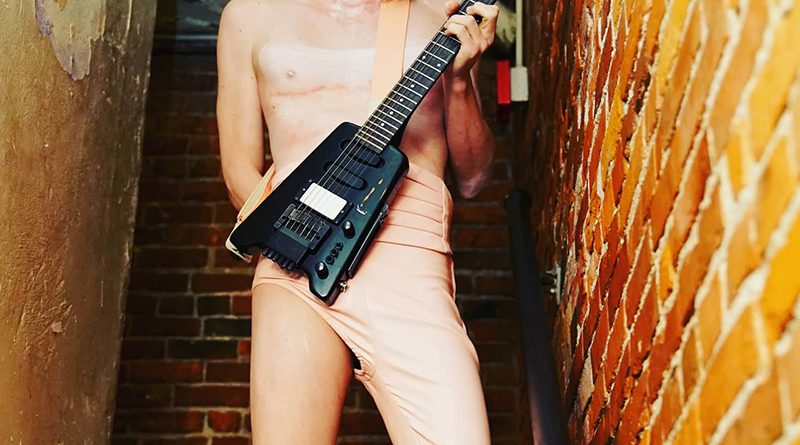 But another one has been Seattleite pop sensation J GRGRY.

2020 and early 2021 were busy for GRGRY. Not only he’s been promoting queer artists like himself, but he also actively campaigned for the LGBT community before, during and after the presidential election; released a string of singles such as “Dinosaurs” (QRO review), “Flowers & Champagne” (QRO review), “Open Roads” (QRO review) and Internet hit “Don’t Ever Give Up” (QRO review), a three-minute feisty number that racked up more than a million hits in a few weeks; and broadcast a series of home gigs via Twitch. And this is why you’re reading this text.

Accompanied by a slew of music industry all-stars including, drummer Ben Smith (HEART and Roadcase Royale), guitarist CJ Stout (A Pile of Pedals and Vendetta Red), keys, bass and vocalist Emily McVicker (Twitch partner and solo artist), lighting director Tim Semakula (Earth, Wind & Fire, Sheryl Crow and K.Flay), and visual artist and projectionist Amy Billharz, the singer-songwriter will be playing a selection of tunes that encompass all of his solo career.

Shiny pop gems like “eFlower”, “Rare Poisons” or “Imagination” will be combined with more melancholic works like “Floodlands”, “Erase the Shore” and the aforementioned “Open Roads”.

But why on Twitch?

The answer is very simple: “I want to keep my autonomy and independence, and Twitch’s built-in models to compensate artists in real-time and the connections made with fans and audience members is unparalleled,” he revealed. “Throughout all my years of touring, doing press and radio campaigns, and chasing the illusion of income from streaming royalties – I truly believe Twitch is the foundational piece to creating a larger, healthier middle class for musicians from all walks of life.”

All you’ll have to do is to connect at the previously mentioned time to twitch.tv/jgrgry to enjoy a setlist of carefully crafted, solidly-made pop music.

A chance in these virus-ridden times to enjoy ourselves in the company of a musician on the rise.