J Mascis – “See You at the Movies” & ”Everything She Said”

As familiar as people find the notion of ‘love and peace,’ too often, it is seen as rebellion, and nobodies’ loud guitars more represent this than those of J... 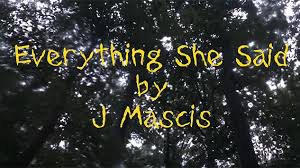 As familiar as people find the notion of ‘love and peace,’ too often, it is seen as rebellion, and nobodies’ loud guitars more represent this than those of J Mascis. In Dinosaur Jr or otherwise, Mascis has spoken through a guitar solo of his uncensored feelings, or ‘pieces’ as is often the term.

Such is the case here, in the first of two songs released ahead of his upcoming release Elastic Days. “See You at the Movies”, with “Everything She Said” being the other. Bold, emotive, and dissonant as ever, Mascis tears through a chill sounding acoustic rhythm, not to be outdone by the, count them, three guitar solos that work surprisingly well, even for a fan of his free-flying style, as each time feels like an extension of his pain or joy in the lyrics. 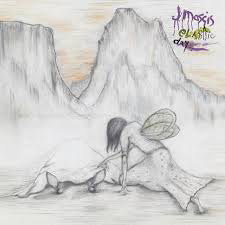 Speaking of which, when last Mascis spoke, it was in Dinosaur Jr single “Hold Unknown”, where the always wry Mascis claimed, “Tried another, knew it wasn’t me / I don’t want no friends,” and despite the pain here, there has always been a place for punk attitudes, what’s more ‘love and peace’ than being irrepressible? Look up irrepressible and punk is there.

Here though, Mascis is brighter, he has after all, had a carer renaissance for ages, so when he claims “Pieces reaching lon / I’ll see you at the movies / The movies in my head,” he seems happier. Perhaps, however, “See You at The Movies” is best summed up by the opening line, “Kiss the freedom that you need / Still in shock.” Damn right, kiss the freedom, Mascis.

On the one hand the open yearning of J Mascis continues in “Everything She Said”, and the guitar is similar to most of his solo material, namely acoustic and ethereal. However, this track has not only less exciting guitar than “See You at The Movies”, but more bitterness in the lyrics. “I wanted to build the same mistake for you,” Mascis claims. Still, all in all, the new J Mascis Elastic Days should be, if different from hyperbolically received Several Shades of Why (QRO review) and Tied to a Star (QRO review), worth looking for forward to.