J Mascis – Tied To a Star

In Dinosaur Jr., J Mascis is expected to churn out the fast free flowing guitar.... 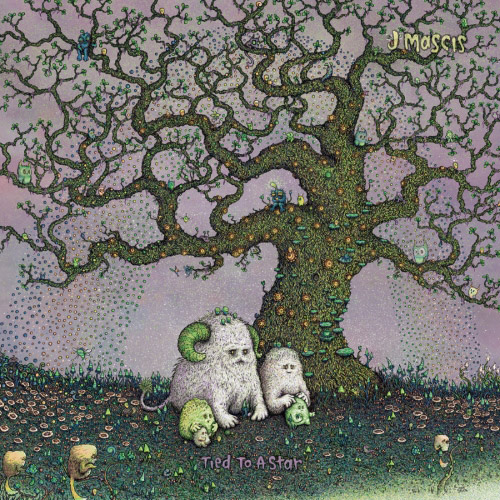 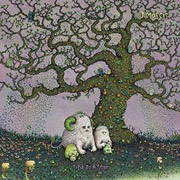 In Dinosaur Jr., J Mascis is expected to churn out the fast free flowing guitar. He had previous solo ventures, all being somewhat softer, and more acoustic than Dinosaur Jr. Frankly, they were just not as good, because they were folky in a way that doesn’t fit him as well as loud rock. In Tied to a Star he continues his softer folk approach, but it works much better for the most part. It has good acoustic song composition, but still too much folk guitar in at least a couple songs. “Better Plane” may be the best song on the album, with a really moving riff. “When I got lost / You told me about the better plane.” “Heal the Star” is great too, the end of heal the star is the best part of the album, escalades in a way not expected, very dramatic. “And Then” is another good song, with another good acoustic riff.

The singing shines through in this album, while no drums for many songs is an interesting twist. He displays a lot of skill in his guitar solos as always. However more echo, rather than fast, with many of the solos harmonizing genres. “Stumble” is good, similarly desperately hopeful lyrics to “Raisans” by Dinosaur Jr. In “Raisans”, he sings “I’ll just stare / And hope you’ll care.” In “Stumble”, “Don’t expect me to go”. “Me Again” is interesting like many Dinosaur Jr. tracks; it involves figuring things out, hence, “When I’m me again.”

“Drifter” and “Trailing Off” are similarly terrible, if Mascis wants to emulate a classic rock guitarist, that’s fine, but it just does not fit in an acoustic album. It comes off not as folky, but rather ends up sounding like forced, and muted country. “Every Morning” really jams, but is not his best.

This album is better than previous solo albums (QRO review), which were a little underdone, and very dark, not like Dinosaur Jr. for the most part. Not his best though. The lyrics are good, heal the star is an interesting metaphor. Tied to a Star is an adequate acoustic album that should appeal to old and newer fans of J Mascis work.

J Mascis – And Then