With a name like 'Several Shades of Why', the latest installment from Dinosaur Jr.'s prolific frontman could have gone in any number of morose emotional directions.... 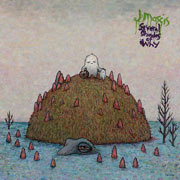 With a name like Several Shades of Why, the latest installment from Dinosaur Jr.’s prolific frontman could have gone in any number of morose emotional directions.  As it turns out, though, it’s the album’s many musical paths that define this wide ranging, albeit minimalistic affair.

From the Steve Hackett-esque classical touches of the title track, to the traces of Appalachian folk on “Not Enough”, and with hints of bluegrass never far away, Mascis indeed does well to balance emotion and instrumental virtuosity early on.  Even as the album takes on a decidedly Eddie Vedder-ish tone midway, strong musicianship does well to keep the sullenness effective and continually well measured.  That the album can produce so much in the way of sentiment while featuring little more than the singer and his guitar is only a testament to the strength and emotionality of his playing.

While there exists an unmistakable flow here, and though none of these songs take away from one another, Several Shades of Why presents us with two unmistakably memorable standout songs.  In the early minutes, it’s the moving title track, where poignant, ephemeral violin swoons in and out of Mascis’ raspy musings and one heck of an acoustic arrangement.  Then, about halfway through the record, the reflective tones and knee-jerk cries of “Is It Done” hit you with a simple yet powerful feeling of transition.  That transition guides the album to its eventual closer, namely the aged-sounding “What Happened”.  The song marks the end of Several Shades of Why, yet amid news of a new Dinosaur Jr. release in 2011, J Mascis does well to show that he can man a record with or without his gifted band mates.

MP3 Stream: “Several Shades of Why”