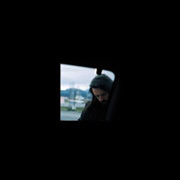 One of the most popular misconceptions about being a music journalist is that our job simply entails judging a final product; that an artist enjoys inspiration in life, feels pain, endures sadness, and then chronicles it all in the most powerfully unique fashion known to man, only to have us dig into a loosely connected bit of polycarbonate that’s snug in a layer of plastic wrap.  The heartfelt emotion and the post-production creation are in fact not unrelated worlds.  When reviewing albums, we strive to look past what’s in front of us – rather what’s coming through our headphones – and instead wonder at its origins like schoolchildren looking up at the night sky.  The problem that arises from this process is that we often guess wrong, either misinterpreting the meaning or overshadowing it.  Our inability to read minds results in a sort of stand and fall mentality – for example, although J. Tillman’s latest solo record would make for a great collection of lullabies or campfire songs, it ultimately fails to grow outside of that potential.

While the Fleet Fox’s best-known solo material is characterized by a meticulous layering of organ, pedal steel, guitar and Tillman’s sultry vocals, Singing Ax is much more of a minimalist affair.  The album opens on “Three Sisters”, a slow-growing flower that takes far too long to blossom; what’s worse, the build-ups and intensity missing there are not to be found for quite some time.  Instead of the profound, multileveled nature at the heart of his day job, the slow, sullen environment of Tillman’s latest disc mirrors that of a stripped down Midlake (QRO album review).  Although no track bores or turns one off to the Seattleite’s subtle charm, Tillman’s seventh album fails to so much as make an impact until “Our Beloved Tyrant” – an extraordinarily sombre song with an extraordinarily relatable sentiment.  From there, his gentle charisma is able to somewhat redeem Singing Ax on songs like “Tillman’s Rag” and “A Seat At The Table”.  The somewhat sad, totally undeniable truth is that the album lacks any sort of ‘oomph’ – a real shame considering these eleven songs are likely Tillman’s most raw and personal yet.