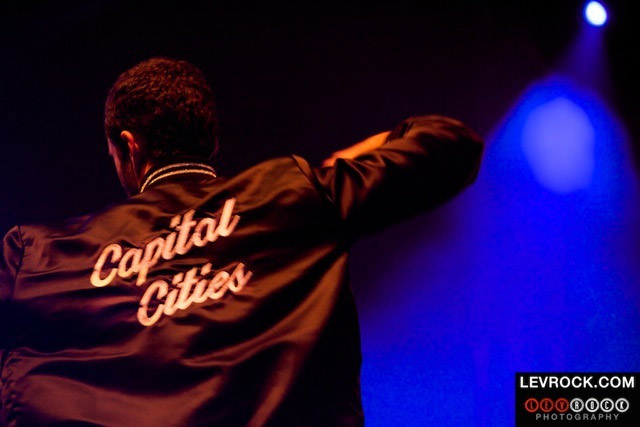 The whole thing started behind Castle Clinton (QRO venue review), south of Battery Park (QRO venue review) on the tip of Manhattan, with an early evening ferry ride (note: your correspondent was literally the second-to-last person on the ferry, though there was a second one an hour later). Everyone was given two drink tickets (and a packed poncho, a nice touch), pointing to a flaw in the ‘Live at Landmark’ series seen last year: the people who run the landmarks, usually government people, don’t want a whole bunch of drunk concertgoers sloshing around their landmark, so Jack Daniel’s has to limit how much you can drink (or at least drink for free: one could buy more drink tickets). But the short ferry ride to Liberty Island (which is actually is much closer to New Jersey than New York, though is wholly part of NY, as opposed to nearby, mostly-NJ Ellis Island) was a very nice one, with the great green lady growing in size as one approached. And yes, everyone was taking photos of her as soon as their camera phones could pick her out.

Still, two drinks didn’t seem like nearly enough for the whole evening, which would feature two boat rides but only one performance (and the stage was in the plaza behind The Statue of Liberty, giving only a view of her draped backside). Then people were told about the unexpected bonus to the experience: free food. Not just some hors d’oeuvres or pizza (the latter was provided by Jack Daniel’s at Grand Central last year), but the café at The Statue of Liberty was full ‘open bar’, as it were. People lined up for the free burgers & fries (or chicken fingers & onion rings, if you preferred), but basically grabbed everything and anything (except for the passed-over fresh fruit). Folks were seen not just having a meal and a (soft) drink, but making sure to take candy and even pre-made sandwiches with them, for that night & beyond. A particular treat were the ‘Magnum’ ice cream bars (must have been named by a man…) – and staff was there to make sure you didn’t forget a drink or anything else, since everything was a sale to them… 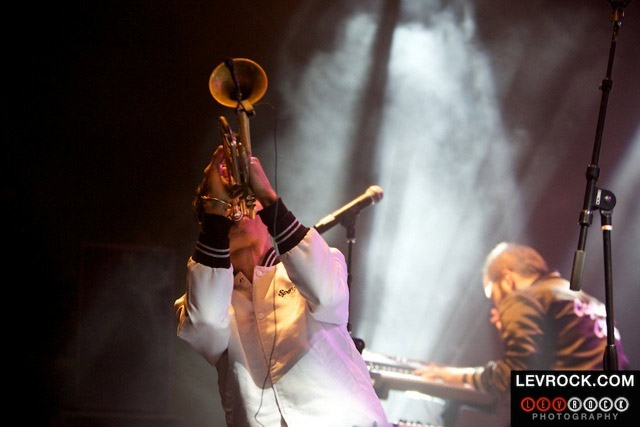 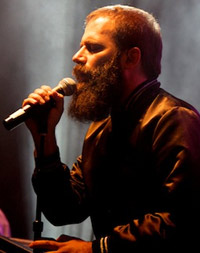 A crowd heavy with food instead of drink could have been a drag on the actual show, but Capital Cities weren’t fazed in the least. Their electro-pop/dance has always been high energy, and the group couldn’t feel anything but especially psyched to play at such a unique spot. They hit up songs from their hit debut, In a Tidal Wave of Mystery, like “Farrah Fawcett Hair” – which is possibly the only head-covering more quintessentially American than the Statue of Liberty’s crown. They did their new “One Minute More”, remarking beforehand that love is a journey, with NYC point A, their home of Los Angeles point B, and everything in between is sweet, sweet America. The group even did some covers, “Stayin’ Alive” (mentioning the inexplicable New York Times line in the song) into a smooth version of Weezer’s “Undone – The Sweater Song”, as well as later importing from Ireland Sinead O’Connor’s “Nothing Compares 2 U” (but it’s originally a Prince song). They got not just hands in the air but jackets, encouraging the crowd to swing them around their heads (and giving example by swirling their own embroidered satin jackets first). 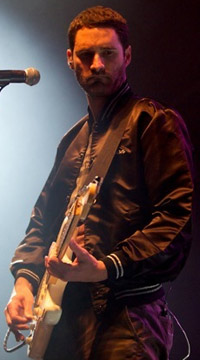 While QRO didn’t get a chance to ask them about their jackets in the interview scrum beforehand (or if they were worried, standing next to the Statue of Liberty, about a possible attack by Godzilla, Cloverfield, or the Planet of the Apes…), there were some choice lines from main men Ryan Merchant and Sebu Simonian. Why was a band named ‘Capital Cities’ not playing a D.C. landmark? “This is the entertainment capital of the world…” Were they told there was anything they couldn’t say on Liberty Island? “Nothing anti-American…” (later they were able to refer to Farrah Fawcett hair as “good shit”). They mentioned their extensive touring in Latin America, not just Mexico City but also the likes of Guatemala. When asked if foreign crowds didn’t get the Farrah Fawcett reference, Merchant joked that they changed the words to “Frida Kahlo’s unibrow.” They even (at QRO’s prodding) talked about their appearance on The Soup, and how it makes no sense when you’re there, without being able to see the video clips and projected green screen images. In a further bonus, the band members were on the ferry ride back with everyone else.

Upon arriving on Liberty Island, many asked when was the last time a concert was held there, but no one could think of the last/any other time (Ronald Reagan had a band & fireworks event there in 1986…). Jack Daniel’s and Capital Cities (aided by free food and free Jack) made it a special night at a special place.

‘Live at Landmark’ series concludes on May 17th at the Jack Daniel Distillery in Lynchburg, TN with Old 97s.